Congress will not cut into UP gathbandhan’s vote, will damage BJP: Priyanka Gandhi 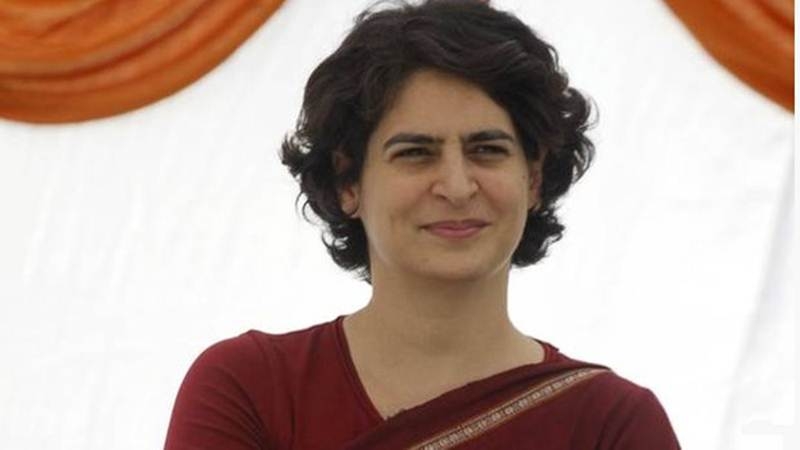 Salon: The Congress is not at all cutting into votes of the SP-BSP-RLD alliance in Uttar Pradesh as the party has fielded candidates either with prospects of victory or having potential to damage BJP’s chances in the state, Congress general secretary Priyanka Gandhi Vadra said Wednesday.

Asked whether she was afraid of contesting against Prime Minister Narendra Modi from Varanasi, Priyanka said she was not scared at all and that she joined politics “for good”. “If Priyanka Gandhi gets scared, she will sit at home and not do politics. I am in politics for good and will be there,” she said.

The Congress general secretary in-charge of eastern Uttar Pradesh also hit out at the BJP for what she called its “obsession” with the Gandhi family when the focus should be on solving people’s problems. On the political landscape in Uttar Pradesh, Priyanka said, “We have carefully chosen candidates so that either Congress wins or they cut into BJP’s votes. Congress is not at all cutting into votes of the ‘UP gathbandhan’.”

Priyanka was talking to the media during her campaign trail in Amethi where her brother Rahul Gandhi is seeking re-election. The Samajwadi Party (SP), Bahujan Samaj Party (BSP) and the Rashtriya Lok Dal (RLD) forged an alliance months before the Lok Sabha polls, but kept out the Congress as there was no agreement on seat-sharing.

According to political observers, the anti-BJP vote could get split between the Congress and the UP alliance, benefitting BJP.

“This is not a preparation for (assembly polls) in UP in 2022. This is about defeating BJP in 2019,” she said, adding, “Congress party is weak in UP we need to strengthen it here. I am working towards it.” Priyanka said there was no leader like her brother Rahul Gandhi as he listens to people and tries to resolve their problems. “BJP is obsessed with Gandhi family. When we come here we do not talk about our family. We talk about problems of people, but they target our family in half of their speeches,” said Priyanka.

The Congress fielded Ajay Rai from Varanasi, ending weeks of speculations that the constituency may witness a blockbuster contest between Modi and Priyanka. “I am not fighting elections or campaigning for myself…I have a lot of work to do here and every Congress candidate wants me to campaign for them,” she said.

“I had said in the beginning that if the party wants me to contest (from Varanasi), then I am ready and would go by the party’s decision,” she added.

Training her guns on the BJP, Priyanka alleged that the government at the Centre has not given “nyay” (justice) to people.

“People are harassed. This government has lost the trust of the people who voted them on hopes which have been dashed,” she added. The BJP had won a whopping 71 seats out of 80 in Uttar Pradesh in the 2014 Lok Sabha polls.