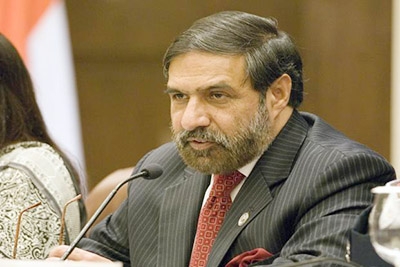 New Delhi: Extremely upset over the latest developments in the National Herald Case, the Congress on Tuesday stepped up its attack on the BJP-led NDA Government and accused the ruling dispensation of indulging in ‘dirty politics’.

“There is a dirty politics department of the BJP and the ruling dispensation, which has been unleashed to target the Opposition. How can there be double standards or double yardsticks when it comes to invoking the law of the land,” Congress leader Anand Sharma told the media here.

Sharma, who is the deputy leader of Opposition in the Rajya Sabha, further said the central ministers have never been probed in connection with the money laundering cases.

“There are serious allegations against the Chief Ministers of the BJP-ruled states- Madhya Pradesh, Rajasthan and Chhattisgarh. But the Prime Minister and the government feel that they are above the law and no action should be there,” he added.

He alleged that the government does not believe in the rule of law as it has targeted a non-profitable company. Echoing similar sentiments, another Congress leader Ghulam Nabi Azad accused the BJP of playing politics on this case.

“Since the government came into power, two laws have become applicable in the nation. One law is for the ministers, Chief Minister and associates of the BJP and another law is for the Opposition of the nation, be it the Congress, the TMC or the BSP,” he said.

Azad claimed that dictatorship is prevailing in the nation and democracy has ended.

“We are not disrupting the House, we are lodging our protest and this is the forum. Democracy of this country is in danger. So, we want to endanger the democracy of the country,” he added.

He asserted the Congress Party has great respect and regard for the judicial system and judicial procedures.

Meanwhile, Congress vice-president Rahul Gandhi asserted that it was complete case of ‘political vendetta’ by the Centre and said that he would give an answer over the charges levelled at him in this case in the Parliament.

“I will react to this when I go to the Parliament tomorrow. I absolutely see a case of political vendetta and this is the way the Central Government functions. They think they can do vendetta politics and stop me from asking questions, but I won’t. I will keep putting pressure on them, keep asking questions and do my job,” Rahul told the media in Puducherry.

Congress president Sonia Gandhi also broke her silence and stood her ground asserting that she was not afraid. “Why should I be scared of anyone? I am Indira Gandhi’s daughter-in-law, I am not scared of anyone,” she told reporters.