China willing to work with US over Xi Jinping’s visit 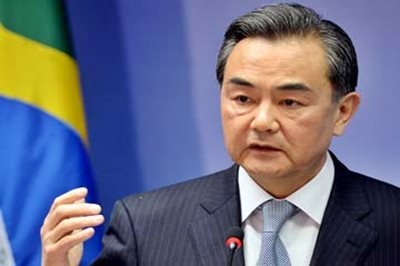 Kuala Lumpur: Chinese Foreign Minister Wang Yi said that China is willing to work with the US to ensure the success of President Xi Jinping’s visit to the US in September.

“The visit will not only make further arrangements for mutually beneficial cooperation in various fields and push forward the new major-country relations between the two countries, but will also jointly send positive signals to the international community,” Wang said at a meeting with the US Secretary of State John Kerry on the sidelines of the ongoing ASEAN Foreign Ministers’ Meeting in Kuala Lumpur, Xinhua reported.

Wang said China is ready to step up cooperation with the US in the fields of investment, military, climate change, finance, economy and trade, energy, hunt of corrupt officials, justice and public health. He also said that it is more important now for both China and the US to properly handle two major issues – strategic mutual trust and sound interaction in the Asia-Pacific region. Noting that this year marks the 70th anniversary of the victory of World War II, Wang said it was the joint efforts of China, the US and some other countries at that time that established an international order and system with the UN at its core.

Kerry said Washington is willing to work together with Beijing to ensure the success of Xi’s visit.  “The US supports a strong and prosperous China and would like to see China go ahead with further development. The US is ready to establish strategic mutual trust with China and will explore sound interaction in handling Asia- Pacific affairs,” Kerry said.