Chembur, Sion & Mahim are most unsafe for women 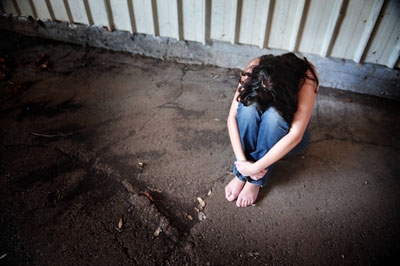 Mumbai : The South Central part of Mumbai has the dubious distinction of being the most unsafe area for women, according to a study conducted by the Praja Foundation, which has examined crimes committed in the city from 2010 to 2015. Interestingly, according to the data collected, most wo-men themselves admitted that Chembur, Sion, Mankhu-rd, Tilak Nagar and Mahim are the areas where they feel most unsafe. The listed crimes included rape, molestation and other sexual assaults. Alarmingly, during the five year period under study, there has been a steady rise in the number of cases of rape. While in 2013-14 the number was 105, it has gone up to 144 in 2014-15. In 2010-11 the number was a modest 58, 73 in 2011-12 and 64 in 2012-13.

“The data shows that the number of rape cases since 2013-14 has increased by 37 per cent,” said Milind Mhaske of the Praja Foundation. Not far behind is North West Mumbai which recorded 132 cases of rape in 2014, until July 2015. In this region, areas like Jogeshwari, Goregaon and Andheri also reported the high number of house burglaries and theft cases. In fact, there were 619 and 1278 cases of burglary and theft, respectively. “The data also showed that the area witnessed a 50 percent increase in the number of rape cases, as against that in 2013-14,” said Mhaske. Other parts of Mumbai, too, have a dismal record when it comes to serious offences like murder, burglary and house breaking.

Western suburbs of Borivali, Dahisar, Kandivali and Malad reported a huge number of thefts, chain snatching and house burglaries. This region — North Mumbai — reported 909 cases of theft in 2014-15, a marginal increase over the 894 cases reported in 2013-14. There were also 320 cases of chain snatching and 496 cases of house burglaries. There was also an increase in the number of cases of riots in public areas. South Mumbai, which houses the most influential people in the city, shockingly recorded a marked increase in murder cases. In 2014-15, the plush region reported 31 cases of murder, as against 19 cases in the previous year. South Mumbai, which has regular patrolling due to its affluent status and high rise corporate buildings, also reported 1497 cases of theft. The areas that fall under South Mumbai are Worli, Byculla, Colaba and Malabar Hill. In North East Mumbai — Mulund, Vikhrol, Bhandup West and Ghatkopar West – there was a welcome decline in the number of murders from 36 to 26 but the number of rape cases went up from 56 (2013-14) to 84 (2014-15).