Bombing of Kunduz hospital a ‘human error’: US 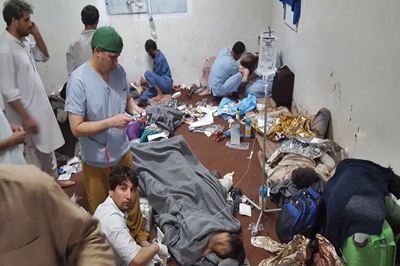 Kabul : The United States on Wednesday said that the bombing of the Medecins Sans Frontieres (MSF) hospital in Kunduz city of Afghanistan in October was the result of a “human error”.

According to TOLONews, General John F. Campbell, Commander Resolute Support and U.S. Forces –Afghanistan, delivered the finding on the bombing of the hospital, and said that some individuals directly involved in the incident have been suspended from duty.

Responding to the US report, ‘Doctors Without Borders’ on Thursday again called for an independent investigation to be conducted into the attack. Campbell said that as far as prevention of civilian casualties was concerned, the US has always put in more efforts that any other country but it failed to meet their own standards on October 3.

He said the air crew mistook the hospital for a government compound, that of the National Directorate of Security (NDS), which at the time was thought to be under the control of Taliban.