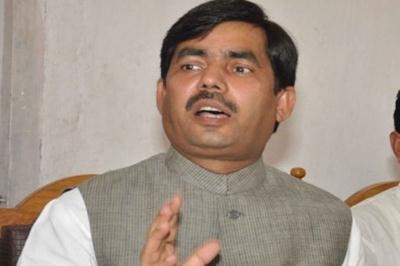 New Delhi – Taking a dig at Congress vice-president Rahul Gandhi, the Bharatiya Janata Party (BJP) on Saturday said that he must clarify whether he supports ‘anti-national’ elements or backs the probe done by the government on the JNU controversy.

“It is unfortunate that instead of raising his voice, he condemned the probe done by the government. Congress must say whether it is supporting the anti-national elements or it is with the government which is probing the matter,” BJP leader Shahnawaz Hussain told ANI.

Earlier, Rahul accused the Prime Minister Narendra Modi-led Government of ‘bullying’ the Jawaharlal Nehru University (JNU) after a students’ union president from the varsity was arrested on charges of sedition.

Rahul Gandhi took to Twitter to vent out his ire.

“While Anti-India sentiment is unquestionably unacceptable, the right to dissent & debate is an essential ingredient of democracy Modi Govt & ABVP bullying an institution like JNU simply because it won’t toe their line is completely condemnable,” he tweeted.