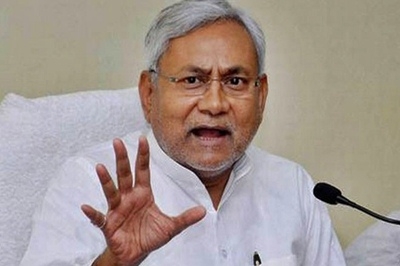 Patna: Bihar’s ruling JD-U has collected 1.5 million hair and nail samples of its party leaders, workers and supporters to send to Prime Minister Narendra Modi for a DNA test, in protest against his comment questioning Chief Minister Nitish Kumar’s DNA at a public rally.

“Till date, the party has collected 1.5 million samples from JD-U leaders and workers for a DNA test and we have set a target to collect fifty lakh samples during the Swabhiman rally of the JD-U along with RJD and Congress on August 30 here,” JD-U spokesperson Ajay Alok said.

Alok said that 80 counters would be set up to collect samples at Gandhi Maidan here, the site of the rally.

Nitish Kumar and RJD chief Lalu Prasad are actively wooing supporters to make their joint rally a success. The event will be their first big show of unity, a year after the two leaders joined hands in a bid to defeat the BJP-led National Democratic Alliance (NDA) in the state.

Alok said that the party is confident it would collect 5 million (50 lakh) samples to send to Modi by September 15.

“We have given a target to party leaders including legislators, MPs and others to collect samples for DNA test from their respective constituencies across the state,” he added.

Earlier, the JD-U launched a “shabdwapsi” campaign to put pressure on Prime Minister Modi to take back his remark and began a drive to collect signatures.

Addressing a public meeting in Muzaffarpur on July 25, Modi said: “There seems to be some problem in his (Nitish Kumar) DNA because the DNA of democracy is not like that. In democracy, you give respect even to your political rivals.”