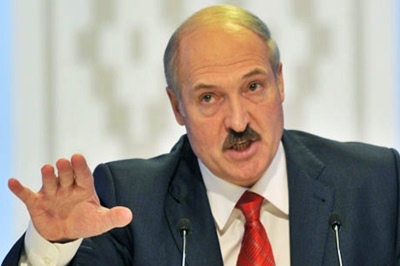 A pardon for the six was revealed in a brief statement yesterday. Among the freed opponents was Mikola Statkevich, a former presidential candidate imprisoned since 2010. A smiling Statkevich was given a hero’s welcome by around 200 supporters at Minsk station upon his release late yesterday. “I will continue to do what I have always done, work for a free Belarus,” he told the crowd. The surprise move to release the six detainees comes as Lukashenko, in power since 1994, seeks a fifth term in the October 11 election. “Considering humane principles, President Lukashenko has decided to pardon and allow to go free” the six opposition figures, the presidency said.

Once dubbed by Washington as “Europe’s last dictator” for his authoritarian rule, Lukashenko now finds himself facing chilled relations with former master Moscow over the Ukraine conflict while grappling with an economy that is dependent on Russia and has slid into recession. He recently made a return to the international scene, hosting Ukraine peace talks in Minsk between pro-Moscow rebels and the leaders of Ukraine, France, Germany and Russia. The 60-year-old president was re-elected to a fourth term in December 2010 in a poll marred by a violent crackdown on the opposition.

Statkevich, now aged 58, was a rival candidate in that disputed election, winning just one percent of the vote. He was sentenced in 2010 to six years in jail for allegedly organising mass street protests against Lukashenko’s victory. Lukashenko’s main rival in that election, Andrei Sannikov, founder of a pro-democracy movement, was pardoned in April 2012, a year and a half after being incarcerated for having called on Belarussians to protest the election result.

Statkevich had been recognised as a political prisoner by Amnesty International, and Western officials regularly pushed for his release. Lukashenko earlier this month had refused to give a definite answer on when Statkevich could be released, but suggested it could be before the October vote. “If (I decide) to release him, then it will be before the elections,” he said. Following his release, Statkevich told his supporters in Minsk that he would spend some time with his family first before meeting with opposition figures “to reflect on what we will do next”.