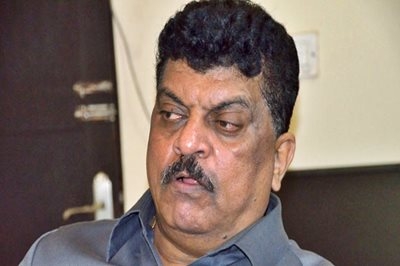 Alemao was arrested under various sections of the Prevention of Corruption Act and 120 (B) of the Indian Penal Code. The former minister claimed his arrest was part of apolitical conspiracy and said he was innocent. “I am happy they have arrested me.This is a political game. I have not done any wrong,” Alemao told PTI while being taken for medical examination during the wee hours today. “Why should I go for anticipatory bail.I am innocent. I have not done anything wrong,” said Alemao when asked why he didn’t move anticipatory bail plea.

Crime Branch officials said the team had gone to arrest Alemao at his residence at Varca in South Goa. “But Alemao was at Agassaim village for a private function from where he was picked up.After initial questioning at crime branch office, he was placed under arrest,” a senior official said on the condition of anonymity. The former minister was questioned twice along with former Chief Minister Digambar Kamat by crime branch in past. Kamat had moved the court yesterday fearing arrest in connection with the case.

Alemao was state PWD minister when US-based company Louis Berger officials allegedly paid bribe to win consultancy for water augmentation and sewerage pipeline project under Japan international cooperation agency (JICA). “This is politically motivated case.When it comes to politicians all the books of law are kept on the shelf,” said Mike Mehta, lawyer for Alemao, who had come to meet him at crime branch office during the wee hours.

He said Alemao had anticipated the arrest and was ready for it anytime. “He could have gone for anticipatory bail but he refused to go for it. He wanted to face the investigators,” said Mehta. The crime branch officials took Alemao for medical check up at Goa Medical College and Hospital during the wee hours and the former minister was later sent to police lock up. “Alemao was reluctant to go for medical examination due to which it was delayed by almost three hours,” said a crime branch official. He would be produced before a local court later today.