A saffron surge in Anandiben’s Gujarat 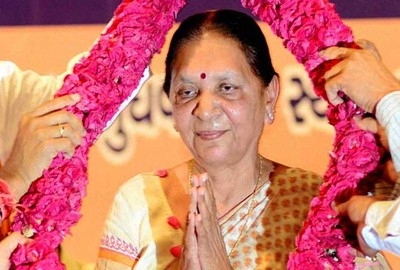 Gandhinagar :  It takes a wise man to handle a lie while truth is best left to fools. Or so it seems, if current events in Gujarat are anything to go by.

The induction in 42,000 primary and secondary government schools of a set of eight books as supplementary but compulsory reading is a case in point. The books authored by Dinanath Batra, the national executive committee member of the RSS education wing, Vidya Bharti, have been translated into Gujarati by the Gujarat state School Text Book Board. They even carry congratulatory messages from the present prime minister.

The idea is to replace the distorted western thought with Hindu ideology, it is pointed out. However, the reverse seems to have happened. So you have Japan attacking America with an atomic device during the Second World War and the birth of 100 Kauravas in Mahabharata being attributed to ancient Indian advances in modern stem cell technology. Batra first hit headlines when he got Wendy Doniger’s book on Hinduism pulped. But all these instances are just the tip of the proverbial iceberg because there are larger issues at stake.

Ruled by the BJP for over a decade and a half, why is the state suddenly witnessing a spurt in visible saffronisation in the two months that Anandiben Patel has held fort as the chief minister of Gujarat?

Though it was Narendra Modi who earned the sobriquet of ‘Hindu Hriday samrat’ in the aftermath of the 2002 communal riots, his landslide victory in the Vidhan Sabha elections the same year saw him gradually changing gears to a developmental profile. In the matter of saffronisation, it seemed as if he had decided that silence is more manageable than sound. As the persona of Modi bloomed on the political stage eclipsing even the party, saffron and its Hindu view of life took a backseat. National center stage considerations only added to its isolation. The new chief minister seems to be making amends with a vengeance. A strict dress code for teachers complete with a colour code is on the anvil. No jeans or T-shirts, sarees or, at best, salwar-kameez.

In a very unorthodox move, RSS supremo Mohan Bhagvat had a meeting with vice-chancellors of the various universities in the state on

July 23, convened at the residence of a top industrialist. He is reported to have talked to them about the saffron ideology, though this was hardly necessary as all of them have been elevated to their respective positions only because of their adherence to it. The next RSS event is slated for January when it will hold a Bal Sansad where children aged 12 and 13 years will be inducted into the fold in Ahmedabad. About 20,000 activists of the Sangh are slated to attend the ceremony. ”It will be our show of strength”, said Harish Thakkar, trustee of the Vishwa Samvad Kendra.

Political observers attribute the spurt in saffronisation largely to chief minister Anandiben Patel. While Modi had become a law unto himself in Gujarat, Anandiben still has to cement her hold. Though Modi was instrumental in facilitating her succession, his increasingly busy schedule and involvement in national affairs leave him hardly with any time for micro-managing Gujarat.

Besides many among the present crop of leaders within the Gujarat BJP are not happy with her rise to the post and are just waiting for an opportunity to destabilise her. She thus needs to build her own bridges with the Sangh Parivar top brass.

The move to begin an ‘arti’ on the Sabarmati River, on the lines of the ‘Ganga arti’ in Benaras, is seen as a move in this direction.

Nor is it a mere coincidence that the first Sabarmati ‘arti’ ritual was carried out in the presence of the chief minister and coincided with the festival of Eid. It is now slated to become a regular ritual.

Interestingly, the RSS platform for Muslims, the Muslim Rashtriya Manch, formed at the behest of the then Sarsanghchalak KS Sudershan in 2002, organised seven Iftar parties in Gujarat. Some important BJP leaders attended the parties, though the chief minister did not.

The minority fraternizing notwithstanding, a new feature being noticed is the increasing incidents of communal tension in the state. There was heightened communal rioting in Bhuj on July 27 after someone circulated some derogatory comments on Prophet Mohammed ahead of Eid. Teargas shells had to be fired and 40 people were detained in connection with the incident.

Idar in North Gujarat also faced a communal situation when an old Shiva temple was found vandalized. The VHP called a bandh. Earlier on June 23, Vadodara town had also witnessed a similar clash and the police had to burst teargas shells and resort to arrests to control the situation.

The VHP bandh call is also interpreted as an effort by the Sangh parivar organ to reclaim space which it was forced to secede to Modi during his chief ministership.

One time close friends, VHP leader Dr Pravin Togadia and Modi later became daggers. During Modi rule Togadia was isolated and the state unit was ‘split’. Modi had in 2009 ordered a major demolition operation in the state capital in which hundreds of illegal roadside temples were demolished. Later VHP leaders who criticized the chief minister were jailed for an extended period of time, just ahead of the Diwali festival.