44% Indian smokers who quit get hooked to smokeless tobacco: Survey 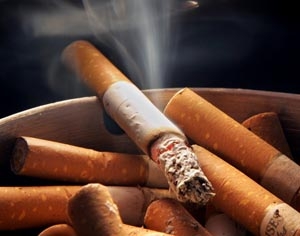 Thiruvananthapuram: About 44 per cent of Indians who quit smoking are found to get hooked to other forms of tobacco which are as harmful as cigarettes and bidis, a country-wide survey said.

The survey was conducted in all the 29 states and two union territories and had a sample size of 69,296 individuals aged 15 years and above.

It found that 44.4 per cent of all successful quitters of smoking switched to using smokeless tobacco, namely products like plain chewable tobacco leaves, khaini, pan masala, zarda and gutka.

Of all those surveyed, 50.8 per cent men and 8.7 women reported switching to smokeless tobacco use.

The survey was conducted by Achutha Menon Centre for Health Science Studies of Sree Chitra Tirunal Institute for Medical Sciences and Technology here.

K.R. Thankappan, head of Achutha Menon Centre and principal researcher of the survey, said smokeless tobacco is as harmful as smoking.

“There has to be a concerted awareness generation on harms of smokeless tobacco products and strict enforcement of the ban on pan masala and gutkha containing tobacco or nicotine,” said Thankappan.

He said migrant workers are among the prime users of smokeless tobacco products and it’s they who should be targeted by the awareness campaign.

The survey said the number of adult current users of smokeless tobacco in India is 206 million, much higher than 111.2 million tobacco smokers.