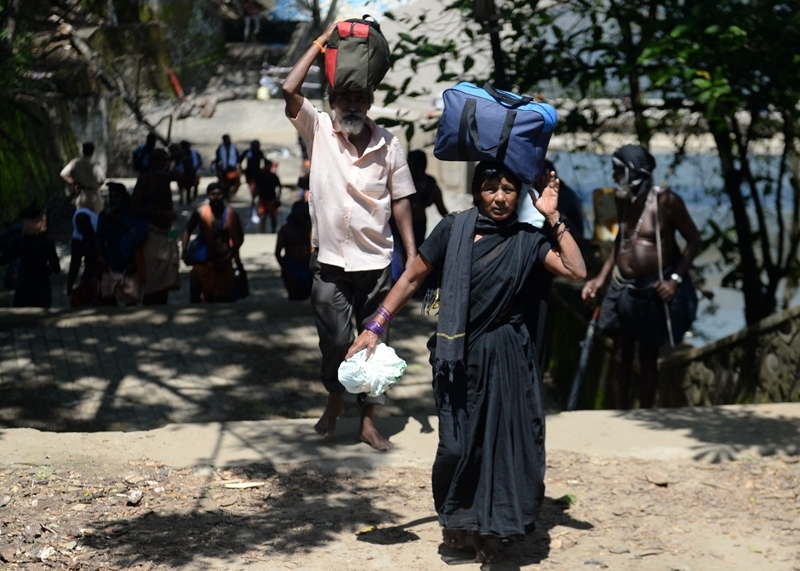 Thiruvananthapuram: A 36-year-old woman from Kerala Wednesday claimed she has trekked Sabarimala and offered prayers at the Lord Ayyappa shrine.

The chief minister’s office and the police, however, refused to confirm the woman’s claim that she visited the shrine Tuesday. Manju, a native of Chathannoor, made the claim in a Facebook post, saying she prayed in front of the presiding deity on Tuesday and none of the devotees presents there protested.

“I started the trip from Thrissur and visited the shrine on January 8. I spent almost two hours at the Sannidhanam (main temple complex). I also sought help from the Akhila Bharatha Ayyappa Seva Sangham members who happily helped me to offer prayers,” she claimed.

The state had been on boil since January 2, when two women of menstrual age entered the hilltop shrine in the wee hours escorted by police personnel, three months after the Supreme Court lifted a ban on entry of girls and women in the 10-50 age group. A Lankan woman below 50 years also succeeded in entering the temple a couple of days later.

BJP and right-wing outfits, who have been protesting against the state government’s decision to implement the September 28 order of the apex court, intensified the agitation, leading to widespread violence after Kanakadurga and Bindu entered the shrine. The protests also saw return of political violence after a gap with houses of BJP-RSS and CPI(M) leaders coming under country-made bomb attacks in the past few days.