'Hum Dekhenge': Why the outrage over Faiz Ahmed Faiz is preposterously ignorant 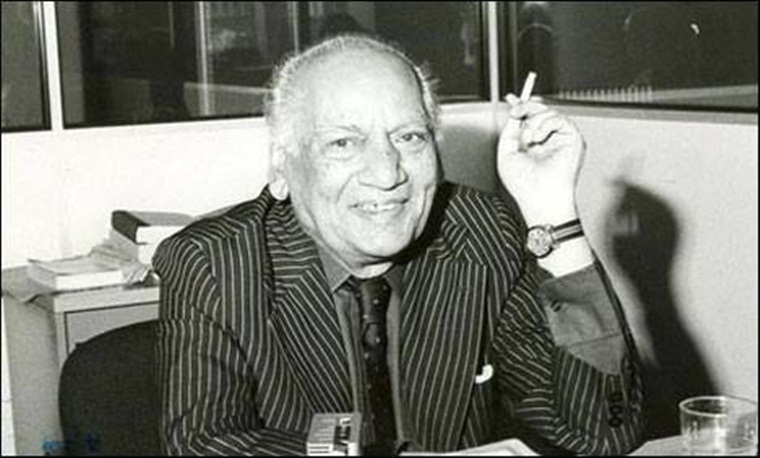 It was 20 years back when I was leading my team in my Alma Mater KC College’s yearly fixture ‘The Human Rights debate competition’. The topic was something related to slum demolitions and I was on the side which was opposing it. None other than Javed Akhtar was the Chief Guest.

As a twenty-year-old, I was newly introduced to Faiz Ahmed Faiz through a pink colour book in Devanagari script that I had bought from the Churchgate Wheeler store. The translations offered in the book came handy in understanding Urdu words and references. The poem ‘Kutte’ written on the poor using the street dog as a metaphor through amazing use of pro-proletarian imagery instantly struck a chord on my then impressionable mind. Faiz is considered as the poet of hope by many. The poem ended with-

(These poor masses if arise in unison will be too tough for their tormentors to handle. They can change the world only if someone makes them aware of their life of insult.)

I used the poem in my speech (I can confess diplomatically) and turned the course of a losing debate by impressing Javed saab and all the judges present. Faiz came to the rescue of a twenty-year-old as it still comes to many pro-democracy movements in the sub-continent.

Coming to the recent controversy in IIT Kanpur over the usage of the epic poem Hum Dekhenge, this is something this could have been best avoided. The poem is a direct attack on the torturous times of Pakistani military dictator Zia Ul Haq who in a bid to impose a Wahhabi and a Salafi kind of Islam impose severe restrictions on several kinds of arts during his regime. Artists like Sheema Kermani one of the few Kathak teachers in Pakistan and had to conduct classes underground during his regime in the fear of getting caught. It is in this time that this song was almost an anthem of freedom.

The day promised in this context is when the then Pakistani society will be freed of dictators like Zia Ul Haq. What Faiz a self -professed the left-wing poet achieves beautifully here is the use of traditional Islamic concepts like ‘Qayamat’ or the day of judgement to assert a proletarian rule against an oppressive regime.

The next stanza says-

(When the tall peaks of torment will fly away like cotton and the earth below the poor’s feet will have a sonorous heartbeat and the on the head of the tormentor the lightening will be unleashed.)

Sab Taj Uthaye jayenge, Sab takht giraye jayenge’. (When all the idols perched on the pedestal will be removed from the Kaba and the dispossessed and the righteous be installed in their place. That is the moment when crowns will be flung, and thrones dismantled)

It is precisely this part of the poem which has incensed some right-winger professors on the campus. However, a simple contextual understanding of the poem can clear all doubts raised therewith. The founding principles of Islam have been essentially monotheistic. Islam was against the idolatry of Pagan faiths which existed in Saudi Arabia during that period. Even in Hinduism the Brahmo Samaj and Arya Samaj are monotheistic. Furthermore, in the limited context of this poem, the idols also refer to the tormentors who think that they are next to god and suggests a people’s revolt to unseat them. Hence even with an extremely stretched imagination there is no reference to idols that Hindus worship in India.

The second objection to the poem is where it says towards its end, “Bas naam rahega Allah ka”. However, the poem itself clarifies in the very next line, Jo gayab bhi hain haazir bhi, Jo manzar bhi hain naazir bhi (The god that is seen and not seen and the one that is the vision as well as the beholder.) The poem also ends with,” Uthega An Hal Haq ka nara jo tum bhi ho aur mein bhi huun (There will be slogans of’ I am the truth which is you as well as me).

Now this concept of finding the god in yourself has a parallel in the Upanishad thought of ‘Aham Brahmashmi’ or I am the Supreme being. Hence, going by that logic the poem is pro-Hindu if not anything else.

Arguments aside the poem and the song have rendered muscle not just to anti-Zia protests but also to the protests in Nepal against the monarchy. Faiz was a poet of optimism and positivity along with being a revolutionary poet