Constitution Under Threat: Why is Archbishop’s letter facing flak? 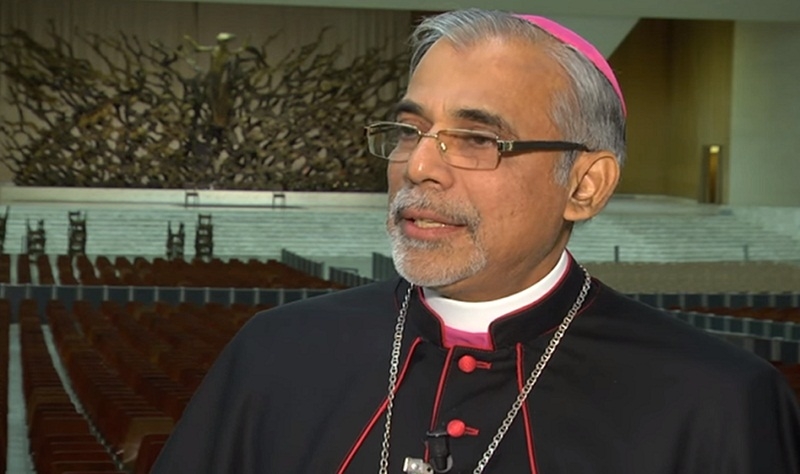 A section of minority communities, including Dalits, Muslims and Christians have been constantly trying to make a point about their insecurities. They feel the constitution is under threat and the social fabric of this glorious democratic country is under threat more than ever. And in therefore a couple of Archbishop’s from catholic church drafted out letters to their congregation and asked its members to pray for safety of the country and for better sense to prevail.

Maybe there is threat to minorities maybe not, but a community or a person is free to feel what they want to. If a person is scared and doesn’t feel safe, walking up-to them and telling them that they’re safe again and again is not going to help. They need to feel safe. If you call the same people who wrote the letters to a newsroom and shout at them and accuse them of conspiracy theories, and claim Vatican to be involved in the great Indian elections, like some of the media accused Vatican to do, they are not going to feel safe. It is only creating a divide further more.

Indian media, especially the television, constantly runs hours and hours of debate trying to portray a communal angle to almost every story. The problem with this hype is the bigger and important issues of development and progress and civic issues are left behind. If there is a serious civic issue tomorrow the Hindus, Muslims and the Christens will equally be affected. The truth is much promised development is not evident since BJP came to power, on the contrary there have been ample reports in media of lynching, murder, rapes and oppression. Nobody is saying the government is doing it but there have been groups which are responsible for creating this situation.

It was only this week that BJP president Amit Shah met the Yog guru turned entrepreneur Baba Ramdev, Ramdev has appealed to his millions of followers to vote for BJP openly in the past, and continues to do so. He also talks about protecting the Hindus and their rights, and Ram Rajya which only Modi will bring in this country.

As far as the Bishops are concerned their letters are not talking about a political party or government, rather they are asking their congregation to pray for better India, which I am sure everyone wants. And if a section of the society feels threatened it is what they feel and it is their prerogative, but when you tell them what to feel and what not to, you are for sure are trying to control them, and it is that control that they are objecting, that they fell insecure of.

Asking for votes and shaping election campaign in the name of religion and playing the religion card is completely unacceptable, but BJP has campaigned in the name of ‘Mandir wahi baneyenge’ before, and their party spokesperson go on every news TV channel talk about it. But that does not create the kind of ballyhoo the way Archbishops letters have created.

This piece is not about wanting to get into ‘whatabouttery’, all that I am saying is it is just a letter, talking about their feeling, their insecurities, the narrative is theirs and last time I checked you were free to do that in a democratic country. The letters don’t back any political party nor does it oppose anyone, nor does it ask anyone to cast or not cast any vote. It simply asks to pray.