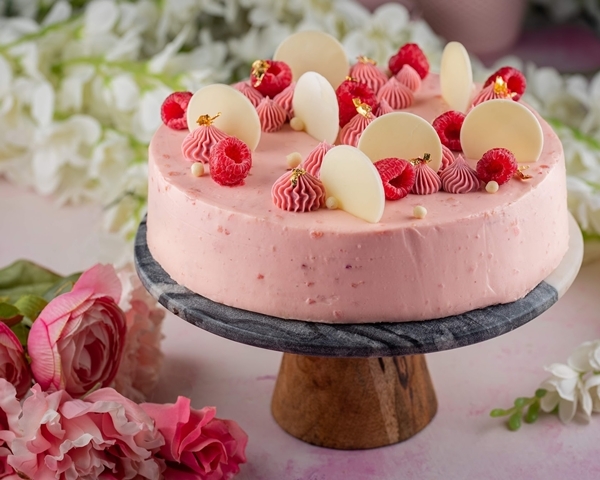 Brown, white, black...and pink! Chocolate has moved away from its neutral colour palette. Discovered by Barry Callebaut, world’s largest cocoa processor, the refreshing pink chocolate is the ultimate response to chocolate lovers’ hedonistic indulgence with the gorgeous colour making it perfect for the social media age.

What is Ruby Chocolate?

Often called as the fourth chocolate, after dark, milk and white chocolate, ruby chocolate is a complete new experience in itself. Rachel Goenka, CEO and Founder of The Chocolate Spoon Company, explains, “Ruby chocolate is made from ruby cocoa beans which are grown in Ecuador, Brazil and the Ivory Coast. It contains no berries, berry flavours or colouring. It has a creamy taste with slightly sour berry notes.”

It is neither bitter nor it is milky or sweet. The pink hue comes after the beans that go through a unique process that unlocks the flavour and colour tones. There are no additives or flavours added for the taste.”

As mentioned, ruby chocolate has a natural berry flavour without any added flavourings. “Ruby chocolate is a light chocolate with notes of white chocolate, but with flavour and acidity of red berries. You won’t confuse it with white chocolate though. It has its own flavour which is deeper and much more complex than white chocolate,” says Chef Amit Sharma, Co-founder of Poetry by Love and Cheesecake.

Chef Manish Khanna, Founder and Partner, Brownie Point and Noir, finds ruby chocolate versatile. He says, “While experimenting with ruby chocolate, I found its texture very adaptive and versatile. When tried on its own, it wasn’t accepted well but when combined with other flavours, it hit the right buttons to make a perfect combination. It pairs well with raspberry, blackberry, strawberry and also orange blossom water.”

Chef Akansha Singh, head over heels in love with ruby chocolate, says, “I just adore the flavour and the chocolate melts in a seamless way and lends itself to many variations. The berry flavours of the ruby are the perfect match to blend with various chocolate concoctions. The glory of the chocolate is its tempting colour and a fascinating taste. It’s wonderfully smooth and non-sticky.”

There are reports of ruby chocolate being produced by flavouring fat or cocoa butter. Chef Amit Sharma explains ruby chocolate are not fake at all but consumers need to be aware of the counterfeit brands.

“There are many counterfeit brands in the market, which do sell colour coated chocolates or add colour to white chocolate to make it pink, however ruby chocolate is very real and is preferred by chocolate connoisseurs the world over.”

What is its nutritional value?

Even though there are not known benefits, ruby chocolate is said to work as an antioxidant. “Owing to the fact that ruby chocolate is supposedly made from cocoa beans, it is likely that they may encompass flavanols, a type of phytonutrient which are natural compounds that lend a health advantage.

They may contain stearic acid like other chocolates which is a saturated fat that does not seem to elevate cholesterol levels in the body. It can also act as an effective anti-oxidant,” says Dr Siddhant Bhargava, Fitness and Nutritional Scientist, and Co-founder of Food Darzee.

When will it arrive in India?

Chef Amit Puri has the answer. “The launch of lower-priced and affordable chocolate in the FMCG sector and positioning of chocolate as a substitute to traditional sweets during festivals have boosted consumption of chocolates over the years.

Research says that 95 percent of the population is aware of chocolates and because of this number, trends show a year on year increase in the annual chocolate business.

Ruby chocolates however, as compared to the other three available variants are relatively new to the market. Due to lack of ruby chocolates in the consumer product market, popularity and awareness of this product will take time.”

There is a current obsession of transforming everyday dishes into colourful confection that gains maximum hits on social media. Thanks to its beautiful colour, ruby chocolate seems to be the ultimate indulgence for the social media age. Chef Manish Khanna maintains, “It is new and a lot of chefs are experimenting with it, it’s bound to be Instagram trending in the near future.

Also its ruby colour adds to the right shades in the pictures. It adds to the droolworthy nature of food and reserves itself a spot on your Instagram posts.”