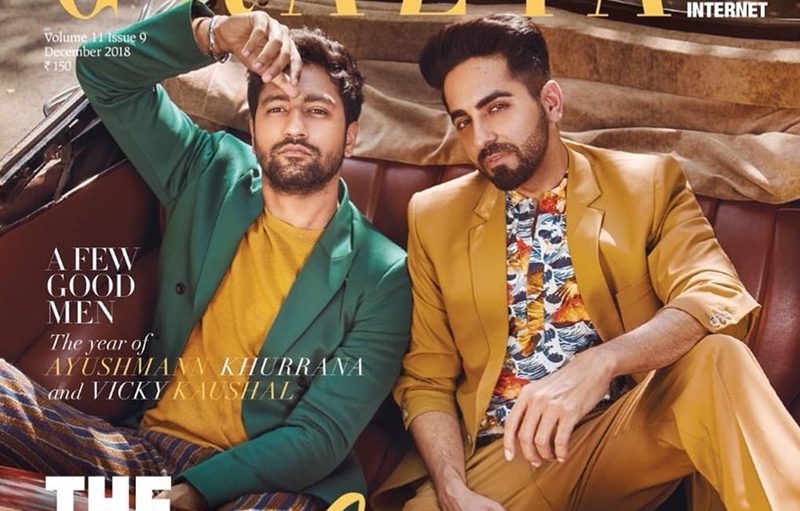 Vicky Kaushal posted a picture of the magazine cover with his ‘Dream Girl’ Ayushmann, alongside a caption, which reads, “Chilling on the December cover of @graziaindia with my ‘Dream Girl’ @ayushmannk” The duo looks dapper featuring on the Grazia cover. While the ‘Badhaai Ho’ actor sports a mustard suit with a printed shirt, Vicky dons a green blazer with blue and rust pinstripe pants.

The handsome hunks have delivered some great performances this year. Ayushmann has delivered back to back blockbusters with ‘AndhaDhun’, a dark comedy-thriller and ‘Badhaai Ho’, a complete family entertainer. Both the films did exceptionally well at box office and garnered immense appreciation from critics as well as the audience. Vicky Kaushal too has delivered some phenomenal performances in ‘Raazi’, ‘Sanju’ and ‘Manmarziyaan’.

On the work front, Vicky Kaushal will next appear in ‘Uri: The Surgical Strike’. The movie will hit the big screens on January 11, 2019. Ayushmann Khurrana will be seen next in ‘Dream Girl’ opposite Nushrat Bharucha. The comedy flick is slated to release in 2019.