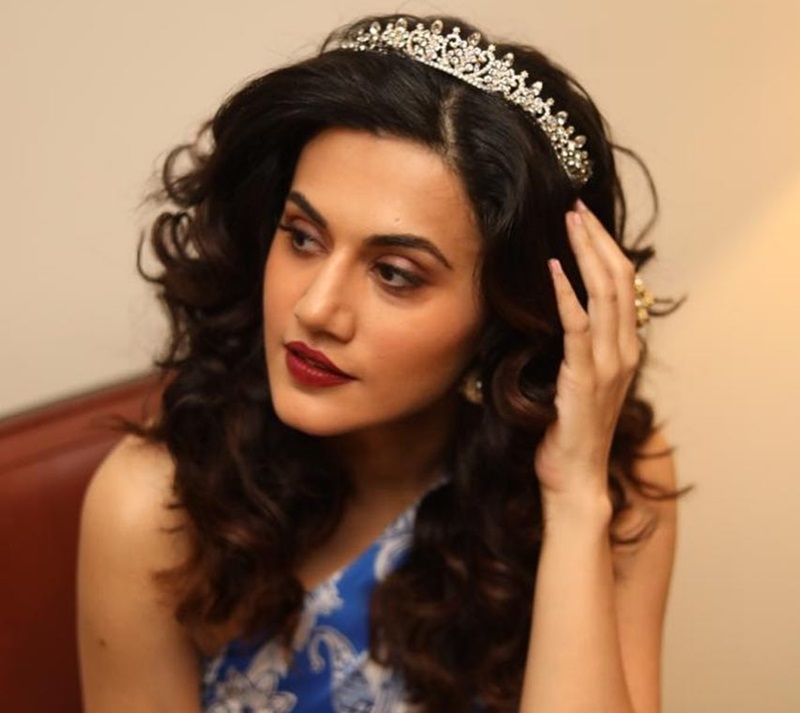 Taapsee Pannu alongside, Vicky Kaushal recently appeared on Colors Infinity Chat Show with Neha Dhupia and revealed Varun Dhawan in the biggest Diva in B-town. A report in Mumbai Mirror has Pannu mentioning her experience with Varun during the shoot of Judwaa 2.

The Manmarziyaan actor mentioned how Varun would make sure everything was proper before the shoot but if it does work out according to him, he would want to shoot again. “Varun will do pushups just before a shot and makes sure everything is proper. If he doesn’t like a close-up shot, he’ll be like, ‘No! I think I can do it better.’ I’d have to tell him to calm down.”

Taapsee also revealed her drunk embarrassing moment during the show, she said it only happens once or twice a year and last time it happened at Manmarziyaan’s wrap-up party. She said: “Both Vicky and I got drunk and we were lying in the garden. I was like, ‘this is where I will sleep tonight’.”

Vicky explained that garden was at the hotel where the team was staying in, “All of us would go there for walks after dinner every day. That night, Taapsee flat-out refused to leave, saying she wanted to crash there. I had to say: ‘Main jaa raha hoon’ to convince her to leave.”

Taapsee will be seen next in films like Mission Mangal, Saandh Ki Aankh, Game Over and Tadka.