Sheer Qorma helmer Faraz Arif Ansari directed Surekha Sikri in the web series, Dulha Wanted, in which the actress played a liberal, progressive dadi of a young, rich spoilt girl. He shares his memories of the senior actress, who would call him ‘humraaz’ instead of Faraz as he dedicates this piece to her

I am heartbroken that Surekhaji is no more. It feels like I have lost my grandmother. I loved her deeply. She and I shared a close bond.

As luck would have it, I got a chance to direct her for the web series, Dulha Wanted, in which she played a pivotal part as the dadi (paternal grandmother). That was the first and last time we worked together. I wanted to work with her in Sheer Qorma, but it didn’t work out because by the time I started shooting for the film, her health had deteriorated and Surekhaji was bedridden. But she kept fighting with me and insisted she would come to the sets, and I would tell her to rest and take care of herself.

Even during the making of Dulha Wanted, she wasn’t in the pink of health. But Surekhaji did every scene with dignity and poise and didn’t let anyone see that she needed to rest...hats off to her. Even when I wasn’t filming scenes with her, she would be on the sets and watch everything happen. “Mujhe yahan pe baithke, aapko dekhna hai (I want to sit here and watch you work),” was her retort every time I told her to rest. The first time I met her was at her home. She stood up, joined her hands and bowed her head in front of me. “You are my director. I must give you that respect,” she said when I stopped her from doing that. I will never forget that humility. No actor had ever done or said that to me. That will always be a special memory for me.

Our relationship actually blossomed because of the grandmother’s character she played in Dulha Wanted — it was based on my dadi. I lost my dadi when I was nine years old. So, when I wrote the character for Dulha Wanted, I had my dadi in mind, and Surekhaji was the first choice for the role. I remember she had a smile on her face throughout the narration. At the end of it, the only thing she said was she didn’t know how to sing Swedish House Mafia songs and I would have to teach her. I never saw Surekhaji with a script in her hand on the sets — she used to come prepared and would know all her lines. Playing a character was for her almost like putting a coat on — it was that effortless for Surekhaji. She used to transform in front of the camera and when we would shoot emotional scenes, everyone would cry during her performance. Dulha Wanted’s dadi was an interesting character. She was someone who would sing Swedish House Mafia songs, talk about polygamy, boyfriends and everything under the sun. Dadi had run away from home because she didn’t want to be tied down to traditions or boundaries, just like my dadi did — run away from home at a young age.

Surekhaji played that dadi we all want — a dadi who is way cooler than us. She will always be immortalised and remembered as that dadi for me.

Once I told her I don’t have a dadi and that now she is one to me. “Main dadi toh hoon tumhari, par main tumhari humraaz bhi hoon (I am your grandmother and also your confidante),” was Surekhaji ’s response. I used to share everything with her because she came from a place unconditio-nal love — she was my confidante. We were drawn to each other. I think it was an old soul connect we had from another life.

Read Also
'Lucky to have started my journey with her around': Avika Gor on 'Balika Vadhu' co-star Surekha... She never called me Faraz, I was always ‘humraaz’. We were shooting a scene for Dulha Wanted where she is talking to her granddaughter and I told her we must use humraaz in the dialogue and thus this was born: “Kabhi kabhi ishq aur mohabbat se kahin zyada, mohabbat ek humraaz se ho jaati hai.” The way she said it left everyone in tears on the set.

In Sheer Qorma (starring Shabana Azmi, Divya Dutta and Swara Bhasker), I wanted her to play Shabana Azmi’s mother — the great grandmother (par dadi) who is more progressive than her daughter’s generation. It’s ironic because all the women from Surekhaji ’s time were so progressive and liberal and everyone after that started becoming regressive. I wanted to celebrate that generation through Surekhaji.

I wanted her character to act as a catalyst in Sheer Qorma, the one who makes her daughter [Shabana Azmi’s character] realise certain things. But she couldn’t do the movie for health reasons and I didn’t want anyone other than Surekhaji to play the part. So, pulled the character out. 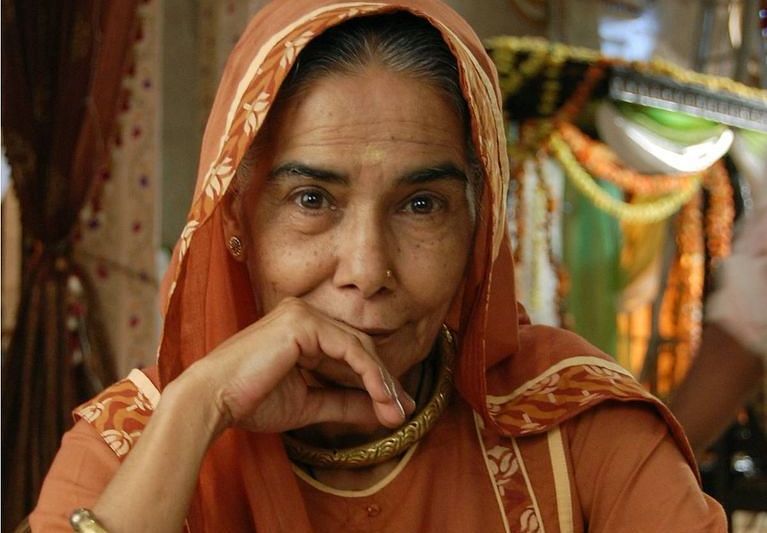 With Surekhaji, there was never a dull moment. Our conversations ranged from Ahmed Faraz to politics. We loved perfumes; I used to wear an ittar from Tunisia during the shoot of Dulha Wanted that she was fond of. She would ask me to apply some on her wrists. When I went to meet her for Sheer Qorma, I presented the ittar to her as a reminder of our friendship.

The last thing she said to me was: ‘Ab ke bichre toh shayad khwabon mein milein, jaise sukhen huwen patten kitabon mein milen…’ I get goosebumps when I remember it. Surekhaji was a special person.

I don’t know an actor of that calibre and with that sort of humility. I am grateful I got a chance to work with her.

— As told to Upala KBR