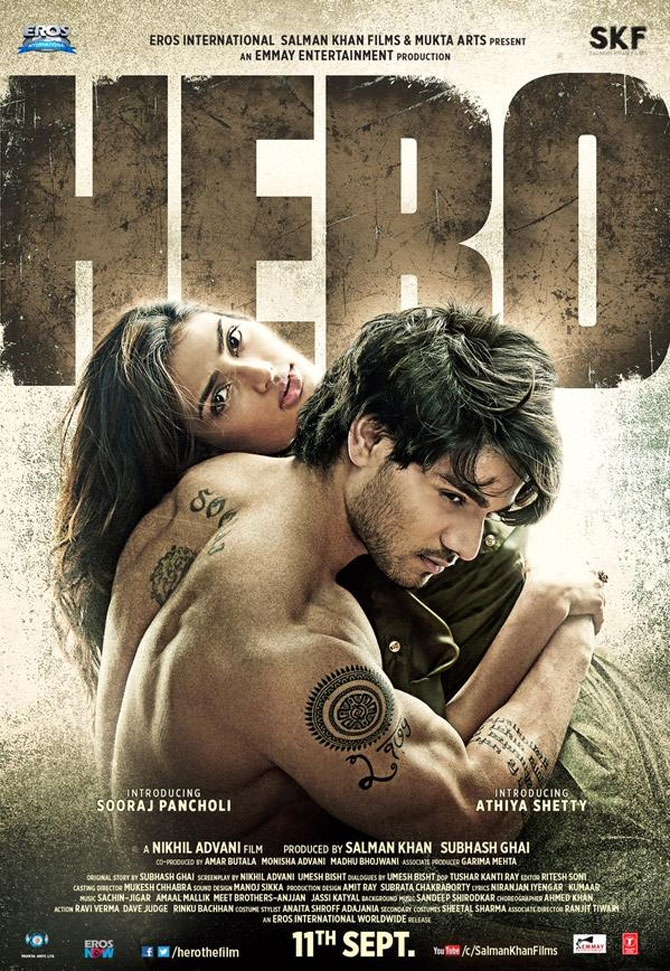 Salman Khan who I known to nurture young actors and provide them with a launch pad in Bollywood will be soon releasing his second film with two newcomers. Aditya Pancholi’s son, Sooraj Pancholi and Suniel Shetty’s daughter Athiya Shetty in the upcoming film HERO. Looks like he is taking special interest to make sure the film rocks the box office like his other films. After crooning the hit song Hangover for his last year’s hit film KICK, Salman also sang the title track for HERO as well. Looks like after painting and acting, singing seems to be bhai’s new found hobby.

HERO is a remake of Jackie Shroff’s 1983 film with the same name and will release on September 25. Directed by Nikhil Advani, HERO is being produced by Salman Khan.