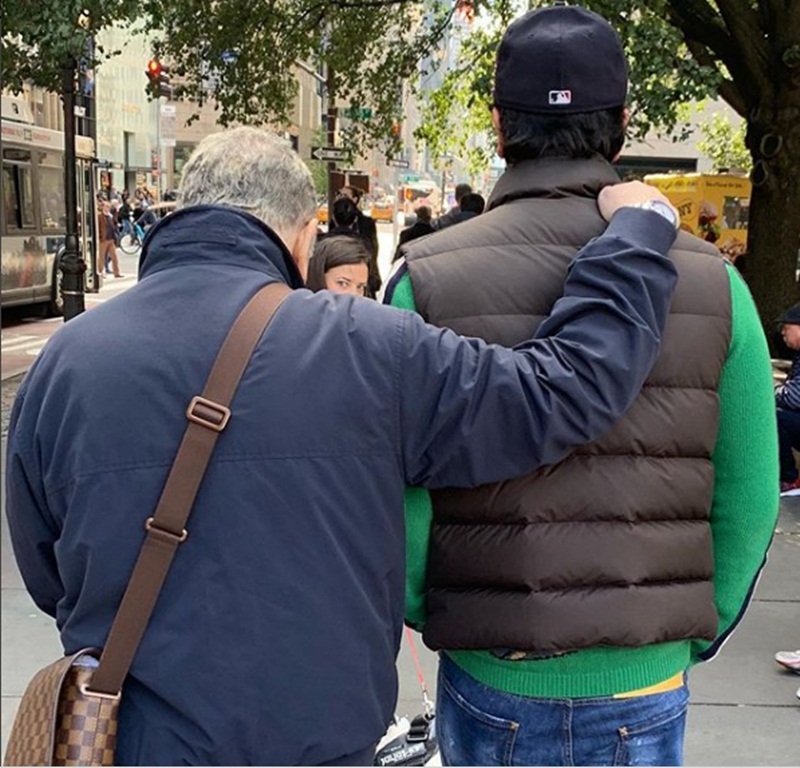 The 60-year-old actor took to her official Instagram account to share a picture of the father-son duo. The post read, “When roles are reversed #cycleoflife #gratitude #faith” In the photo, Rishi has kept his hand on Ranbir’s shoulder as the two are walking on a street, with their back towards Neetu, who has captured the adorable moment.

The ‘Mulk’ actor is in United States with wife Neetu Kapoor and son Ranbir Kapoor for medical treatment. Since Rishi landed in the US, a number of B-town celebrities have been paying him visits and the 66-year-old star has been actively sharing updates on social media.

The actor had a chance meeting with Hollywood star Robert De Niro recently and had a fanboy moment. He also met his ‘old friend’, actor Anupam Kher, and his ‘Agneepath’ co-star Priyanka Chopra along with Sonali Bendre and her husband Goldie Behl. He had also met Javed Akhtar a few days back. In a cryptic tweet last month, Rishi had announced that he was traveling to America for medical treatment. Before his well-wishers could jump to conclusions, the ‘Kapoor and Sons’ star asked them not to speculate his leave of absence.

On the work front, Rishi Kapoor last appeared in ‘Mulk’ and will next be seen in ‘Rajma Chawal’. While, Ranbir, who was last seen in ‘Sanju’, the highest grosser of his career, is gearing up for his next film ‘Brahmastra’ opposite rumoured girlfriend Alia Bhatt.