I wish there were more celebs like Sonu Sood around: Farah Khan on working with the actor on a music video

She alos talks about working with MS Dhoni and Hrithik Roshan, and shooting with Govinda for a show
Upala KBR 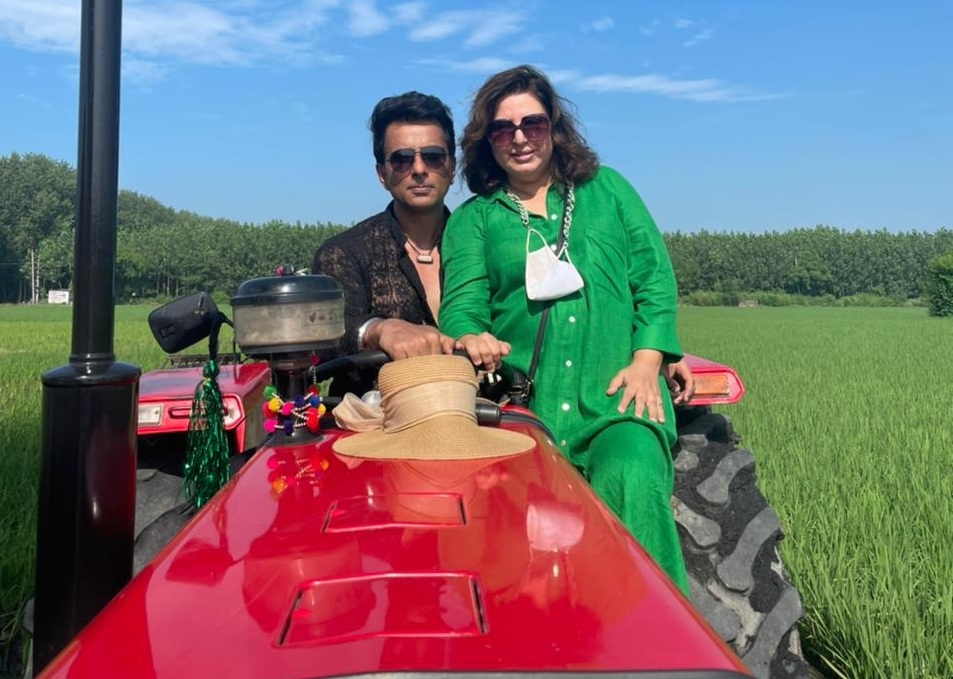 Filmmaker and choreographer Farah Khan is a busy woman. She recently shot three ad films in the span of a few days with Sonu Sood, MS Dhoni and Hrithik Roshan. Apart from that, she also choreographed a music video (releasing today), sung by Altaf Raja and recreated by Tony Kakkar, featuring Sonu and South sensation, Nidhhi Agerwal. And, she is also a judge on Zee Comedy Show, and has added another furry member — Smoochy (a Shih Tzu) — to her family. Amidst her busy schedule, we get Farah Khan to talk about her projects, and more. Excerpts:

That’s a lot on your plate...
Most women are good at multitasking, but I am an expert at it. In fact, I shoot two-three ads in a month. If one day, I go to a shoot dressed untidily and hair tied up, the next day I am at a salon blow-drying my hair and getting my makeup done. Shirish [Kunder, her husband], who is currently writing his web series from home, is also a great father and helps a lot. 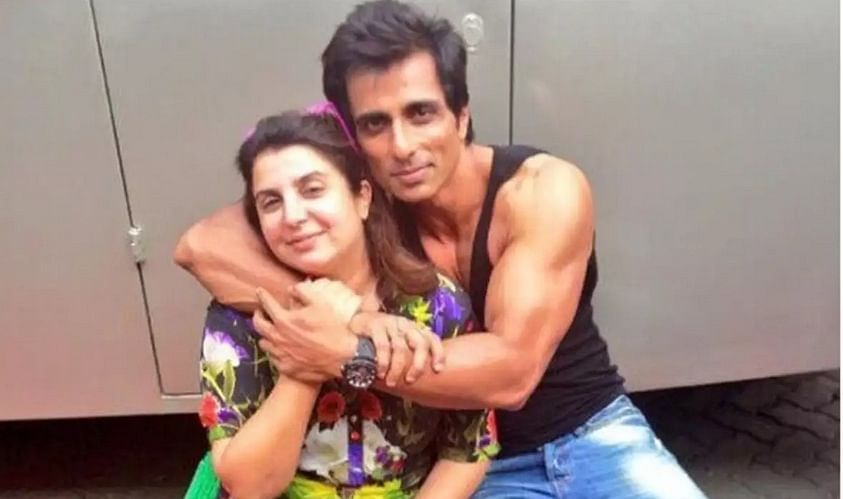 Sonu Sood, Farah Khan come together for a music video

You have been directing ads, do you miss making movies?

I don’t miss it. I love being on the set — whether it is shooting an ad film or appearing on a reality show. Directing a feature film will happen when it has to. I direct two or three ads every month, and I enjoy that as there’s money and we finish the shoot in a day.

Tell us about the song that you shot with Sonu Sood.

I haven’t done a music video, and I couldn’t say no to Sonu. We have been friends for a long time. The song is Altaf Raja’s chartbuster, Tum to thehre pardesi, which Tony Kakkar has recreated, and is produced by The Desi Music Factory boys — Anshul Garg and Raghav Sharma. We shot it in Punjab for the rural vibe, with a local crew because we want to encourage talent from the Punjabi film industry. It’s not just a music video. We have made a three-and-a-half minute small film, which has a proper story. We completed the shoot in just two days. No. For me, Sonu is the same as he was before — a no-stress, no-nakhra, chilled-out, grounded, and a sensible guy. We still crack jokes, laugh and make fun of each other. If we were shooting in the woods, he wouldn’t demand a vanity van, but go behind the trees and change. I wish there were more celebs like Sonu around… He is one of the nicest and most well-behaved celebrities I know. I shot with MS Dhoni recently for an ad, and Sonu is as grounded and down-to-earth as Dhoni. I make friends with people who are nice, and I like being with them not for their success or failure.

But I can see the change in others. For them, Sonu is somebody to be revered and worshipped now. Politicians, governors and locals come to meet him wherever he travels. I used to joke (while shooting the music video) that between the hotel and the shoot location, Sonu has already inaugurated a few petrol pumps and car showrooms along the way (laughs)! How did the shoot with MS Dhoni go?

MSD is a dream to work with. I met and worked with him for the first time. Initially, I was a bit hesitant and careful about my behaviour around him. I thought I would need to pamper him, but that notion was dispelled the moment we met. He is down-to-earth, non-fussy and chilled out. We just looked at each other and said we have lots to discuss. After he arrived, I called for food from my house — yakhni pulao and roast chicken — and we ate together. We didn’t discuss cricket or movies, because I told him that I have zero interest in and not much knowledge about cricket.

From Kaho Naa... Pyaar Hai to the recent ad film, tell us about your experience of working with Hrithik Roshan?

Hrithik is wonderful to work with and the same he was years ago — just that now he is surrounded by a lot of people. He is extremely punctual and listens to his director. We revisited Kaho Naa... days. Hrithik kept pulling my leg on how I am still the same... shouting the way I used to during his first film. We also joked about the hook step from Ek pal ka jeena (which I had choreographed) — that when we die, people will do the step at our funerals. When you choreograph a song, you never think that certain steps will leave a lasting impression on the minds of the audience. Recently, Govinda came to your show, Zee Comedy Show. How did the shoot go?

It was so much fun! We danced to Kisi disco mein jaaye… He came for the shoot on time and was ready before I got hyper. I have known Govinda for over four decades. When we meet, we talk about my grandmother, his mother, my dad, his sister (Padma). She was my neighbour when I used to live in Nehru Nagar Society. Govinda used to come to my place then and dance with my troupe. Everybody feels Hrithik and Shah Rukh Khan are fabulous dancers, but for me Govinda is the number one dancer. He is a delight to watch. I cannot choreograph the way he dances. We have never worked together, not because I didn’t want to work with him, but because I thought that I was not good enough to choreograph Govinda. In fact, he choreographed Shah Rukh and his section for the song Deewangi from Om Shanti Om, because I simply could not.

You are one of the few directors to complete film shoots much ahead of time...
I have realised maybe that’s not good because people then give me more work to do (laughs). They don’t let me relax. But on a serious note, I have always been like this. When I used to choreograph songs, they would call me the ‘producer’s choreographer'. If you are organised and need a hundred dancers, I will call them for one day and complete all their shots as I have done before. I don’t like wasting someone else’s money. Also, I always feel that I spend money where it shows. I like to be prepared before my shoots, of course, after Sonu’s music video I almost had a nervous breakdown because it was extremely hot in Chandigarh one day and poured buckets the next day, so we had to go back again.

You have helped a lot of people during the pandemic too. Tell us about it.
I don’t like talking about it. Few know about what I do and let’s keep it that way. I will have to do some things on social media for fundraisers for charity, but the rest I like to keep private. In fact, I think my daughter Anya has done so much for the animals during the pandemic. She goes every day to feed stray cats and dogs and asked for bags of cat food as her birthday gift. She has also raised funds to feed the strays sketching pets and selling their portraits to their owners. 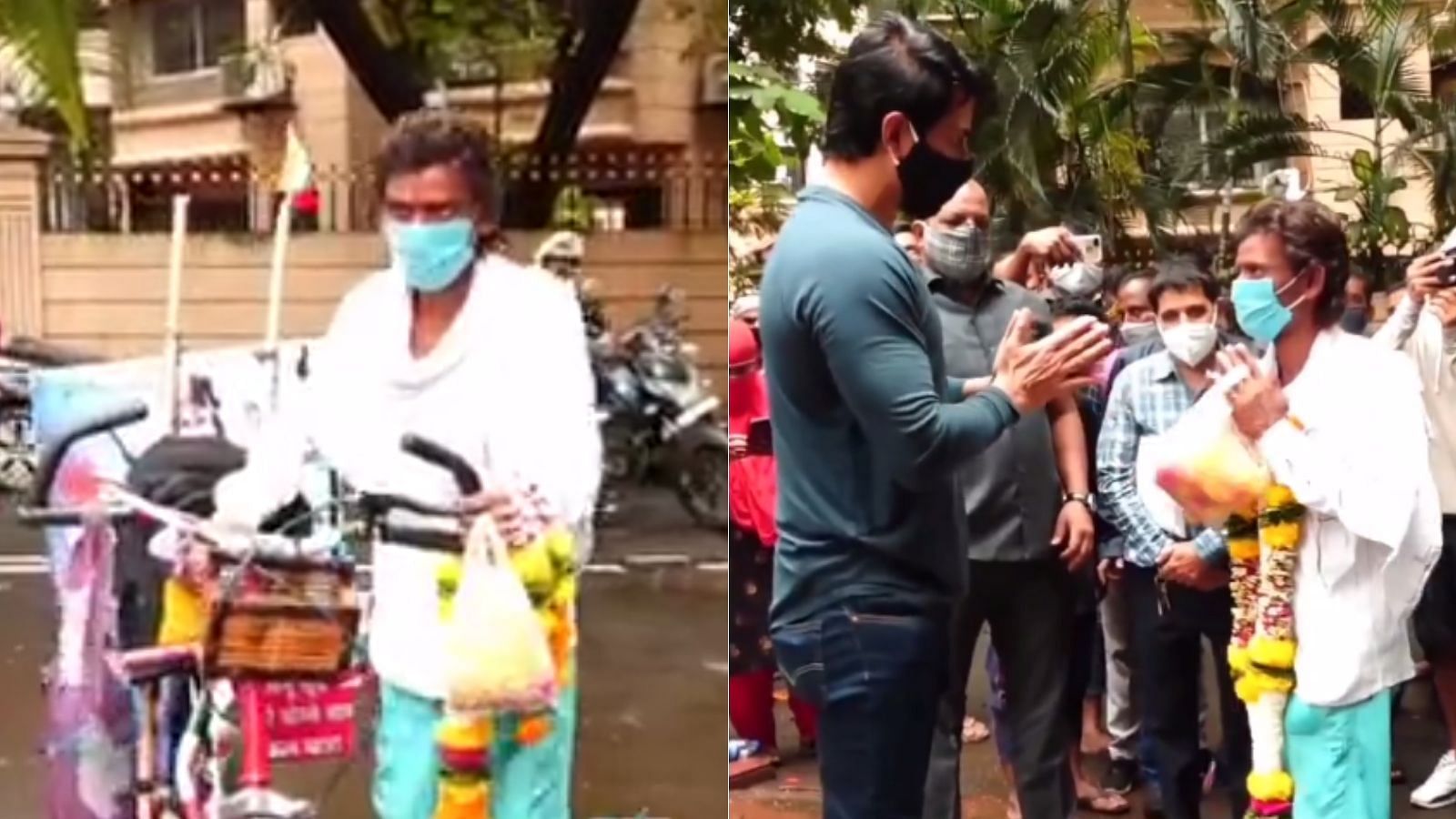 Watch: Sonu Sood meets a fan who travelled 1200 km to Mumbai on his cycle