'I have met many actors who show off,' reveals Panchayat Season 2 actor Raghubir Yadav

The veteran artist gets candid about his upcoming web series, and more

Raghubir Yadav will soon be seen in Panchayat Season 2. The web series, which also stars Neena Gupta and Jitendra Kumar, will premiere on Amazon Prime Video on May 20. The Free Press Journal caught up with the veteran actor for a chat. Excerpts:

How was it doing Panchayat Season 2? Has the responsibility increased since the first part was very popular?

In the first series, we were trying to understand our character, and now we are trying to fulfil all the drawbacks we had in the first. Yes, there’s added responsibility now, because it was a popular series and people enjoyed it hence our responsibilities have increased now. We do the series because our country is recognised by these small villages, and after a long time, people are connecting to such villages now because of Panchayat. I have lived in villages, and there’s so much there that you cannot complete them in one day. It will take us generations to rectify those issues. Our writer and director are working on it. People have constantly been asking us when we are going to come with the second series. If we have left out something, we will try to rectify it in the third series.

Are you critical of your work?

I am very critical. I am never satisfied with my work. It’s been my childhood habit. I feel I have missed out on something. At times when I try to better my work, it also tends to get spoiled.

Till today, fans remember you from the show Mungerilal ke Haseen Sapne (1990). Your thoughts?

It’s a strange irony that people remember me with that role because I loved my role in Mullah Nasruddin. Mungerilal ke Haseen Sapne was my first serial though I had done films like Salaam Bombay! and Massey Sahib. Since Doordarshan was popular during those times, we had done 13 episodes, and people enjoyed it. People connected me to it. People still call me Mungerilal. 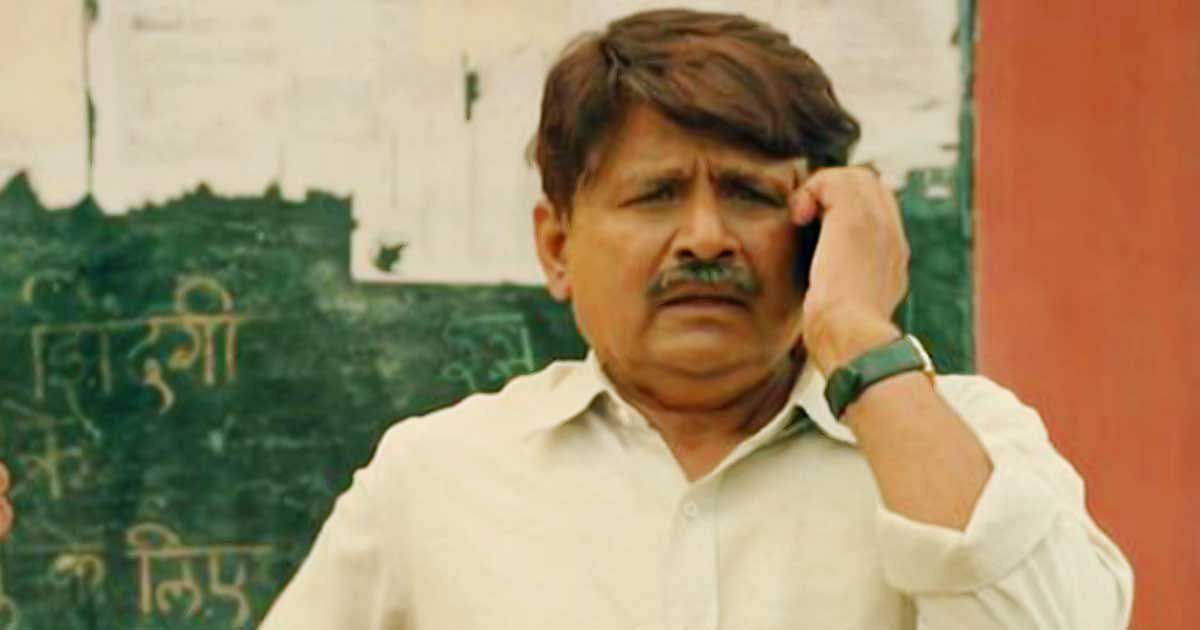 A still from Panchayat Season 2

How is it working with the new generation of actors?

I never treat them as new actors because the work that we take up is new to us. I learn a lot from them. I try to become young with them. Their virtue is that they don’t come as actors on the sets. That’s why it becomes more interesting. We used to sit together and do our readings together. We learn from each other. Yes, I have met many actors who show off. I manage with such actors. Usually, if they don’t agree during the rehearsals, I do it during the shot.

You are an institution; do you have plans to open an academy?

When I feel like it, I go to NSD (National School of Drama) to teach students. Sometimes I go to Madhya Pradesh. Now I go to Lonavala Kaivalyadhama, where I do workshops for students. I interact with them more than teach them. I have a lot of fun. I don’t want to make a business out of teaching by starting an acting school. I don’t think we can teach anyone acting.

Any role you want to play in future?

I want to play the painter Vincent van Gogh. I had done a play with Barry John, which was titled The Fool, written by English playwright Edward Bond. The play was too good, and I did my best in it. It changed my senses totally.