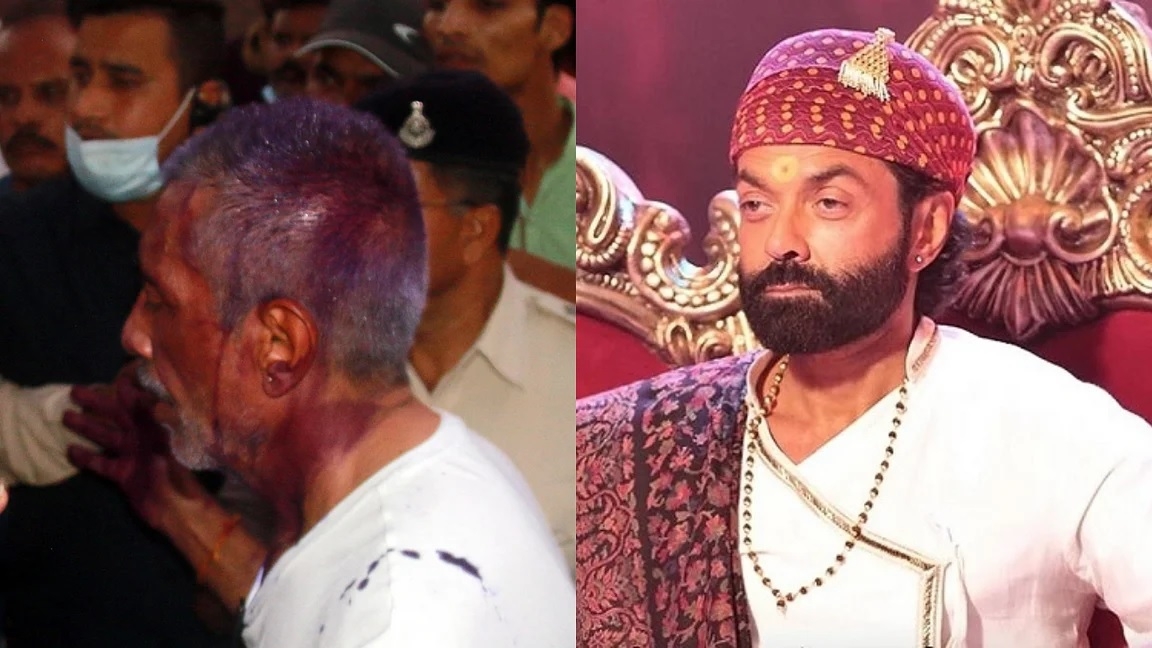 Filmmakers Hansal Mehta, Sudhir Mishra, and Pritish Nandy on Monday stressed upon the urgent need to band together against relentless targeting of the Hindi film industry after director-producer Prakash Jha and his crew were attacked while they were filming the third season of the series Aashram in Bhopal.

Bajrang Dal activists allegedly ransacked the set of the series on Sunday and also threw ink on Jha, its producer-director, accusing him of portraying “Hindus wrongly”. The show, which was released last year, features actor Bobby Deol as Baba Nirala, a conman.

Sharing a news report on his Twitter profile, Mehta said he wondered who from the industry would voice their concern regarding the attack on their colleagues. “Scared silence and continued deference will only empower such hooligans and further such oppression. But who will bell the cat?” he wrote.

Actor Swara Bhasker said she was horrified after learning about the incident and noted that the attack points towards the growing intolerance in the country. “Shocking, shameful and utterly believable! No one is safe in #NewIndia.. The culture of rampant impunity to lynch mobs has brought us to a point where anyone can be attacked anytime for anything! Surreal and horrifying,” she tweeted.

According to the police, the windscreens of two buses of the crew were broken in stone-pelting, with Bajrang Dal threatening that it would not allow the shooting of the web series further.

Filmmaker Sudhir Mishra condemned the attack and hoped the film associations would stand up for its members. “This is terrible. The industry has to get together otherwise... (do I have to state it ). Come on 'associations', stand with your members.” Replying to Mishra, filmmaker Ashwini Chaudhary wrote that the associations don't stand up for any cause and alleged they are hand in glove with the government which is responsible for empowering “fringe groups”.

“They and their representatives openly stand by the government of the day who is standing behind such fringe groups,” he further said. Two film bodies, the Producers Guild of India and the Federation of Western India Cine Employees (FWICE) on Monday condemned the incident and said the government must take action on such “brazen acts of violence”.

Tagging Union Minister of Information and Broadcasting Anurag Thakur, filmmaker Pritish Nandy wrote, “There appears to be no end to these kinds of attacks. It is time the ministry spoke out and reined these guys in. They are running amuck.”

Filmmaker Sanjay Gupta shared a news report on the incident and called it disgusting.

Writer-director Abbas Tyrewala took to Facebook and penned a note, describing the alarming consequences of the industry's silence. “They are coming for you,” he began the post. “You think you're on their side? Wait till you do something they think is wrong. Make a show. Make an ad. Sing a song. Wear clothes. Meet a friend. Fall in love. Eat something. Drink something. Smoke something. Pray. Don't pray. Say something. Don't say something. Ask anything. Believe anything. Other than what has been 'sanctioned',” Tyrewala wrote.