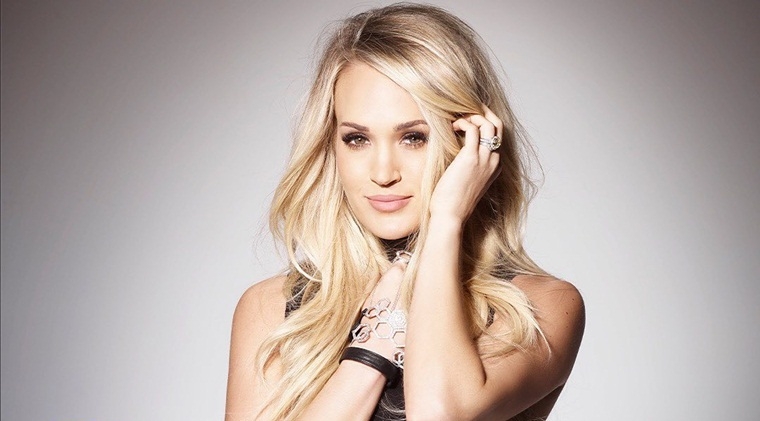 The 36-year-old singer organised a sold-out show at Bridgestone Arena in Nashville on Friday night with her 'The Cry Pretty Tour 360.' To kick-start the evening, the seven-time Grammy winner invited Runaway June and the duo Maddie & Tae back on stage for a medley of female-created country hits, according to The Tennessean, reported People.

"I just wanna cry, that crowd was incredible, the band was great, just a great night," Underwood said in a video shared on her Instagram after the show. "I don't even know what to say because I'm blown away."

Thanks again #Nashville for Crying Pretty with me last night! 💖 What an incredible night! #CryPrettyTour360

The 'Remind Me' singer first auditioned for season 4 of American Idol in 2004, later winning the season in 2005. At her anniversary show, she encouraged her fans to always chase their dreams, no matter how unrealistic they may seem.

"When I was a little girl ... if you had asked me what I wanted to do when I grew up, I would have told you I wanted to be a famous country music singer," Underwood told fans on Friday night. "As I got older, dreams tend to give way to practicalities, so I started going to school to get a real job. One day there was an open door, and I walked through it and my life was changed forever." "If there is something you guys out there are holding on to that just seems like too big of a dream or something too crazy," she continued, "I'm living proof that the craziest things can happen, and you can end up exactly where you always wanted to be."

During her two-hour-long performance on her tour, Underwood performed nine songs from her current album 'Cry Pretty,' along with several past hits like 'Blown Away,' 'Last Name' and 'Before He Cheats.'

As her tour wraps up in October, the singer will join Parton and McEntire in hosting the 2019 Country Music Association Awards the following month, celebrating the legendary women of country music.