5 things about Parveen we can’t forget 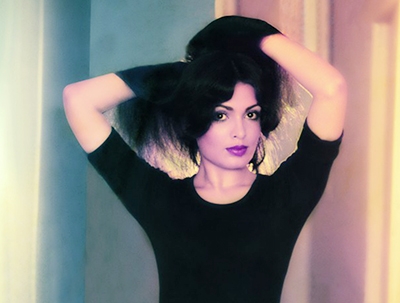 On the occasion of the beautiful Parveen Babi’s birth anniversary today, here’s recapturing her life and times…

1Parveen was born in Junagadh, Gujarat, where her father served as a system administrator with the Nawab of Junagadh. Her ancestors were Pathans of Gujarat, belonging to the Babi dynasty. The only child of her parents, she was born to them after 14 years and was a mere 10 years old when her father passed away.\

2Parveen steered clear of marriage but was known to have been intensely involved with Mahesh Bhatt, Kabir Bedi and Denzongpa. A rumoured involvement with Amitabh Bachchan evidently triggered off a series of irrational fears of the actor, with her accusing him of attempting to kill her. Episodes from her life indeed seemed the stuff that films are made of… Mahesh Bhatt wrote ‘Arth’ (also directed) and ‘Woh Lamhe’, semi-autobiographical films about his relationship with Parveen.

3Considered one of the most successful actresses of her era, she starred in hit films such as ‘Suhaag’, ‘Kaala Patthar’, ‘Namak Halaal’, ‘Amar Akbar Anthony’, ‘Shaan’ and ‘Deewar’. Towards the end of her career, she appeared in offbeat films like ‘Yeh Nazdeekiyan’ (1982) and ‘Dil…Akhir Dil Hai’ (1982). A fashion icon who brought minimalism into Hindi film fashion, she helped change the image of the Hindi film heroine. She was the first Bollywood star to appear on the front page of Time magazine in July 1976, a source of much envy to her contemporaries, and pride to the nation.

4 On 30 July 1983, Parveen Babi left India and the film industry at the height of her career and travelled to various countries for a spiritual journey with U G Krishnamurti, spending most of her time in California. Speaking about her experiences, she said, “My experience of people is that human beings are very good people. However, the powerful, to serve their vested power interests manipulate pressure and use ordinary human beings and their power ploy and force them into negative act. However, I believe, eventually, the human spirit of positive will triumph…”

5 Parveen returned to India in November 1989, nearly unrecognizable after gaining considerable weight. She was rumoured to have been diagnosed with Paranoid Schizophrenia, a mental illness although she regularly denied it. Possibly as a result of acute depression, due to her failed relationships, she severed ties with most of her close ones including her own blood relations, becoming a recluse. She is said to have converted to Christianity during the late 1990s and also ate pork because she considered not eating pork racist. She

was found dead on 22 January 2005 in her home, possibly due to organ failure and diabetes.