Students complained of vomiting and diarrhea after lunch at two hostels. Some of them fell unconscious.

Hyderabad: Telangana's education minister has initiated an investigation into the incident of food poisoning at Rajiv Gandhi University of Knowledge and Technologies (RGUKT) at Basara town in Nirmal district where over 100 students fell ill on Friday.

Students complained of vomiting and diarrhea after lunch at two hostels. Some of them fell unconscious.

Authorities at RGUKT, popularly known as IIIT Basara, provided treatment to 60 affected students on the premises by calling doctors from Nirmal and Bhainsa towns.

The state government has taken serious note of the incident. Education minister P. Sabitha Indra Reddy ordered a comprehensive probe. She said stringent action would be initiated against those responsible.

The students were served egg fried rice for lunch at the two hostels. The food was prepared at the same place. It is suspected that fried rice made with rotten eggs could have led to food poisoning. The authorities are contemplating action against the mess contractor.

Meanwhile, NSUI Telangana unit president Venkat Balmoor said he was arrested when he tried to visit the hospital to call on the students undergoing treatment there. He condemned the police action and said some police officers were welcoming leaders of ruling party TRS.

The students had complained that the food being served in the hostel mess is of poor quality. They alleged that on several occasions, small insects and frogs were found in the hostel food.

They had called off their week-long protest on June 21 after education minister visited the institute and gave an assurance that their problems will be solved in a phased manner.

The students were demanding appointment of a regular vice chancellor and improvement in quality of food and other basic amenities. 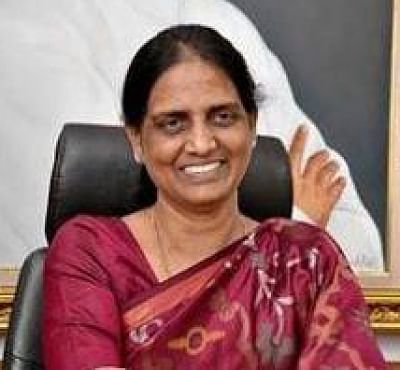