Puri: On Tuesday, October 4, Union Education Minister Dharmendra Pradhan laid the foundation of the country's second Rashtriya Adarsh Veda Vidyalaya (RAVV) in Odisha's Puri, with the main agenda of spreading knowledge of the Vedas among people.

The RAVV or the National Model Vedic School has come up on the campus of the Central Sanskrit University here. Maharishi Sandipani Rashtriya Ved Vidya Pratishthan is the first such school in Madhya Pradesh's Ujjain. 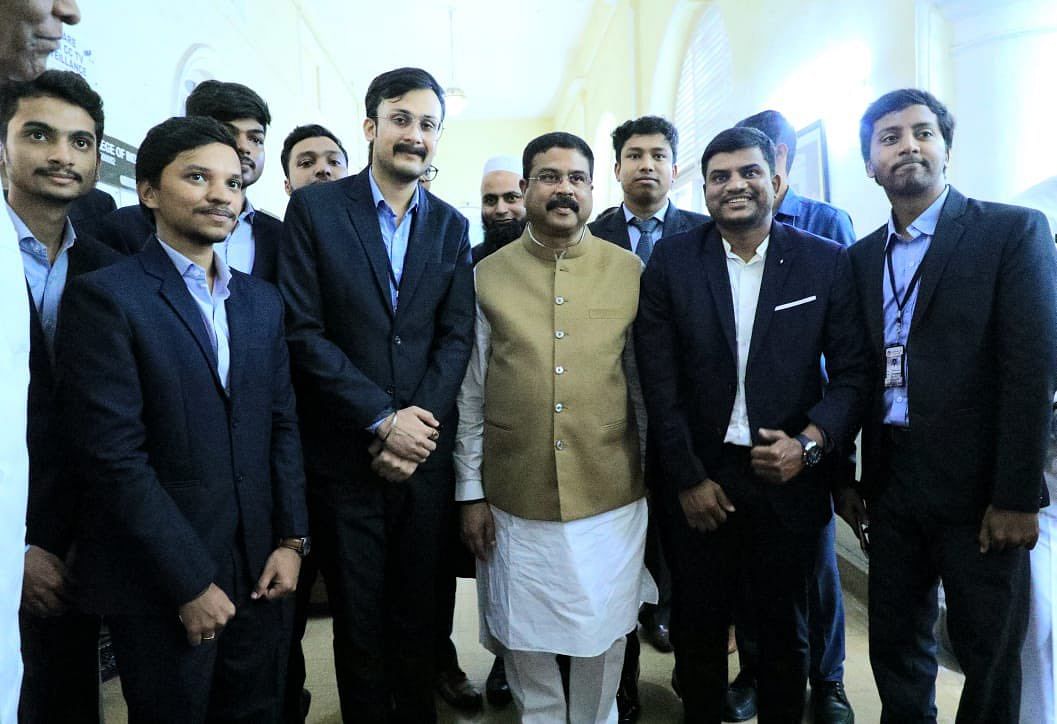 Feel fortunate to inaugurate this institute, which is also called the Shree Jagannath Rashtriya Adarsh Veda Vidyalaya. The objective of this institute is to conserve knowledge of the Vedas and spread it among people, Pradhan said.

The institute, a residential school where education and lodging will be provided free of cost, will help promote the Sanskrit language as well, he said.

Besides courses on the four Vedas -- Rigveda, Samaveda, Yajurveda and Atharvaveda students will get a chance to opt for science, English, mathematics, Vedic mathematics, social science, computer science and agriculture as part of the curriculum.

Courses will begin from the 2022-23 academic year.

The officials said that four more such schools would come up at Badrinath in Uttarakhand, Sringeri in Karnataka, Dwarka in Gujarat, and Guwahati in Assam.