Sources confirmed that the lesson is titled: "Who should be your real role model?" and it is kept as the 5th chapter in the prose section.

Karnataka Education Department’s call to include Rashtriya Swayamsevak Sangh (RSS) founder Keshav Baliram Hedgewar's speech as a lesson for the Class 10 students is likely to create a stir within the state.

The lesson has been included in the syllabus as the first language Kannada textbook prescribed for the SSLC (Class 10) students for the academic year 2022-23. Sources confirmed that the lesson is titled: "Who should be your real role model?" and it is kept as the 5th chapter in the prose section. However, the lessons from the authors, who are staunch critics of the BJP and RSS have been dropped, they say.

Rohit Chakratheertha, who is considered a right-winger by the progressive thinkers and opposition parties in Karnataka, heads the Textbook Revision Committee. The revision committee had earlier come into the eye of the storm after the statement by Rohit Chakratheertha that "glorification of Muslim King of Mysuru Tipu Sultan will be taken off from the syllabus".

The lessons that are written by the well-known journalist, a sworn critic of BJP Late P. Lankesh, and leftist thinker G. Ramakrishna have been dropped. Vedic scholar, the Late Bannanje Govindacharya 'Sukanashana Upasana' and author, noted critic Shatavadhani R. Ganesh's 'Shrestha Bharateeya Chintanegalu' have been included, according to sources.

The Textbook Revision Committee has maintained that it had selected the lesson on Hedgewar, not on the basis of ideology. Education Minister B.C. Nagesh had defended the recommendations of the committee. 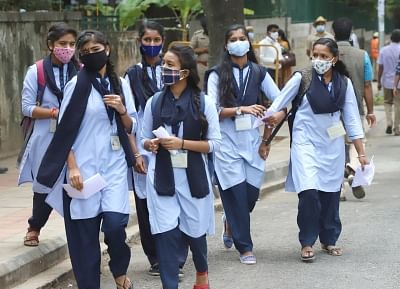