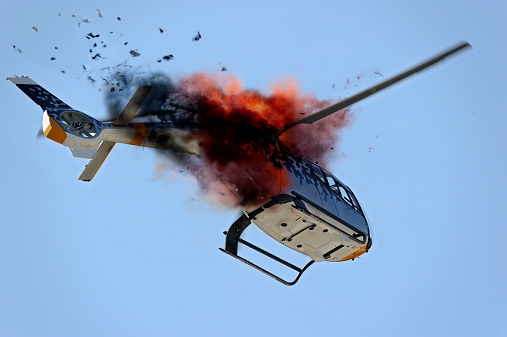 The Defense Services Staff College Wellington in Tamil Nadu's Nilgiris district, was enveloped in gloom on Wednesday afternoon after hearing that an Indian Air Force (IAF) helicopter carrying senior military officials, including the Chief of Defense Staff General Bipin Rawat, crashed. Rawat, his wife Madhulika Rawat, and others were in the chopper.

He was going to give a lecture at 2.45 p.m. at the Sekhon hall. The chopper, with a total of 14 persons on board, took off from the Sulur airbase near Coimbatore and was on its way to Coonoor. When the chopper was a few minutes away from landing, it, as per eyewitnesses, hit a tree, crashed, and caught fire, resulting in several casualties.

An eyewitness said it was misty, and it was maybe due to this the chopper hit a tree and went down. He said he reached the spot and saw the chopper was upside down and was on fire. The official figures as to the people who lost their lives and who were injured are yet to be released.

The DSSC is a joint services institution functioning by the directives issued by the Chiefs of Staff Committee and its Commandant is responsible to the Committee through the Chairman, Joint Training Committee. The staff course aims to train selected officers of the three services in command and staff functions in peace and war in their service, inter-service and joint service environment, and to provide related general education to enable them to perform effectively in command and staff appointments.

The DSSC is one of the few institutions of its type in the world where training is imparted to aspiring staff officers of all three services, as also selected officers of the paramilitary and civil services and officers from friendly foreign countries. The DSSC has a glorious past and traces its lineage to 1905 when it was set up at Devlali (now in Maharashtra).

In 1907, it shifted to Quetta (now in Pakistan). The College shifted back to India in 1947 and is now home to the course of the joint services for the three services, under one roof. Besides great military leaders, many of those who have graduated from here have become heads of their states, senior cabinet ministers, senior diplomats, and civil administrators.