HomeEducationAmbassadors of Democracy from the grassroots of Bharat

Ambassadors of Democracy from the grassroots of Bharat

Ambassadors of Democracy from the grassroots of Bharat | Shutterstock

Today Bharat is one of the most promising democracies with the largest construct. The essence of our democracy is all about- of, by and for the people. Now is the time when people’s conscious participation can make parliamentary governance a living and throbbing democratic percept. Active participation in a democracy demands political and constitutional education, which our nation direly needs.

In our democratic nation of almost 1.40 billion, more than half of the population is under 40 years . Our population consists of aspirational youngsters who want to transform and serve their country in many ways. As we celebrate our 75th Independence Day, we should reiterate the duty of our youth to understand the importance of the working of the Indian constitution and the political system. It's high time that the youth of this country must be actively and consciously involved in the politics and the political process of our country.

Bharat, with a socio-cultural heritage of thousands of years, withstanding various onslaughts of foreign subjection and influence, is still fostering the spirit of “unity in diversity”, which makes this geography a true nation. The “Bharatiya” connotation possesses a deep spiritual truth that is simple yet eternal, beyond any political entitlement. This very Bharat needs no further philosophical influence of “isms” but requires to be educated and cultured for the functioning of our governance.

Political literacy will bring out our future leaders from our villages, suburbs and metropolis, who will be rooted in the past and anchored to the future of Bharat. We must remember that our past was all about a “glorious east” in the eyes of the west and being one of the youngest nations on the planet, with the largest youth population of over 66%, we are standing on the threshold where we can revive the power of the people with proper education about governance into an immense socio-economical possibility.

Swami Vivekananda said : “Look back, therefore, as far as you can, drink deep of the eternal fountains that are behind, and after that, look forward, march forward and make India brighter, greater, and much higher than she ever was!”

The crucial impediment against the growth of the nation underlines two simple facts; we are not adequately aware of our governing bodies and we do not fully understand our rights! That, seeking echoes with the spiritual quest of the ancient Bharatiya Sanatana philosophy, “we are unaware of our true self and to attain it, is the goal”.

Today we need mass awareness and grassroot democratic endeavors. Dedicated institutions and universities are to step out for mass-scale political education to culture the future ambassadors of Indian democracy from every corner of our motherland.

Talking about grassroot empowerment, Mahatma Gandhi always hailed Panchayati raj as the foundation of Bharat's political system, keeping the lowest, the marginalized-grass root demography in the centre. Our nation has been fostering this spirit of inclusive politics by respecting the citizens of the metropolis as well as the rural urban population. In fact, the journey of our present prime minister is such a testimony to our democratic spirit, fulfilling the democratic promise; “A leader can come from anywhere by the poll of the people.”

The interaction between the governed and the government is more constant, vigilant, and functional in the Panchayati raj system. According to the 73rd amendment to the Indian Constitution (1992), The Panchayats should be institutions of self-governance through which power is decentralized to the people, for participating in the planning and implementation process of various schemes and programs.

Municipal governments should also include youth participation in everyday life in a variety of ways, from garbage collection to public transportation to fire services and policing, in all sorts of community activities.

To achieve that consciousness and active participation in Panchayat and municipal actions , people are to be mentored and exposed to the functioning of the administration through programs and courses. Youth of the nation can contribute a lot to convert this grass root endeavor into a practicing reality. In the words of our honorable PM Shri Narendra Modiji;

“When politics decides everything in your life, decide what your politics should be. The youth of this country must enter the political system to change the system and improve it. MIT School of Government gives you the opportunity and guidance to decide your future in politics.”

Regular interaction with the political leaders should be facilitated in the programmes. This will give students a fair and clear understanding of the Bharatiya polity.

If the students get a chance to visit the local government offices and witness the problem solving mechanism, they will have a fair understanding of how to translate their welfare schemes into practice through the functional structure of the governance. Election internships with a candidate/ a party in the assembly/Loksabha/Local elections can provide a hands-on experience of the election campaigning.

An opportunity to interact with national leaders of the various political parties will instill in youth a gusto of serving the nation , while understanding a lot of political struggles, personal sacrifices and conscious choices.

Participating in mega social events such as Bharatiya Chhatra Sansad, Rashtriya Sarpanch Sansad and National Women’s Parliament will prepare the students for positive and proactive participation in Indian politics.

The vision of the Bharatiya Chatra Sansad is to prepare the students to become responsible citizens, so that they can stand for their rights in school, college and further career persuasion, staying within the framework of the brilliant Bharatiya Constitution.

These programmes, along with other educational endeavors can constitute a political curriculum as mainstream career options. Our youth barely even considers politics as a career option due to an age-old perception that education and politicians don’t go hand in hand. There is a shift that’s taking place but the pace is too slow!

The new generation wants to talk, debate, discuss and create the future of Bharat.

MIT School of Government (MIT SOG) is one such visionary institution which started its journey 15 years back with an insight to encourage our youth to take part in politics. MIT SOG is honing and nurturing the next generation of political thought leaders who are truly the ambassadors from the grassroots of Bharat.

The fundamental vision behind SOG is shaping up to be a popular national sentiment now.

The programmes, envisioned by MIT SOG are much appreciated and valued in the national context. We need more willing institutions coming up with such endeavours to create a new Bharat from her grassroots. 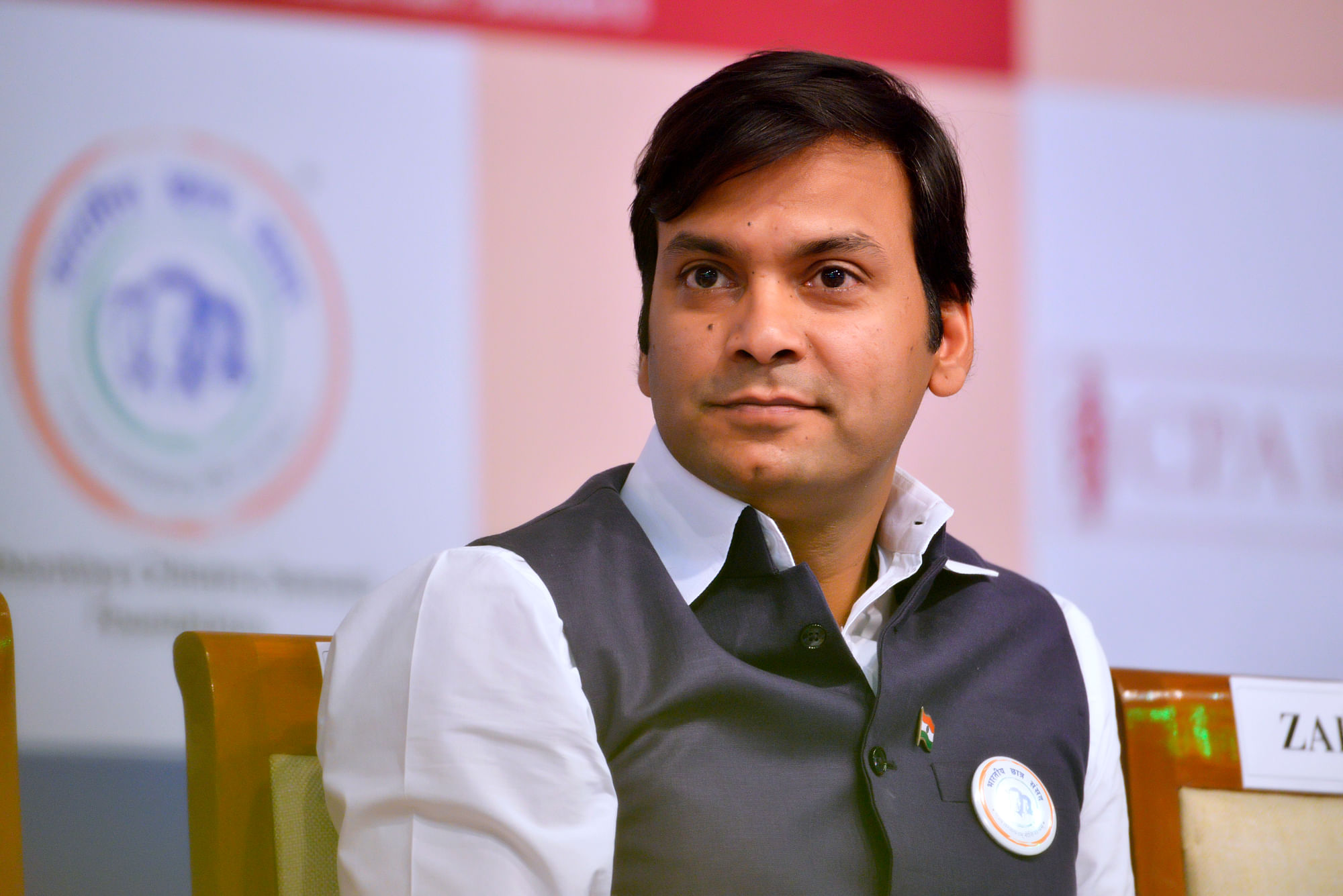