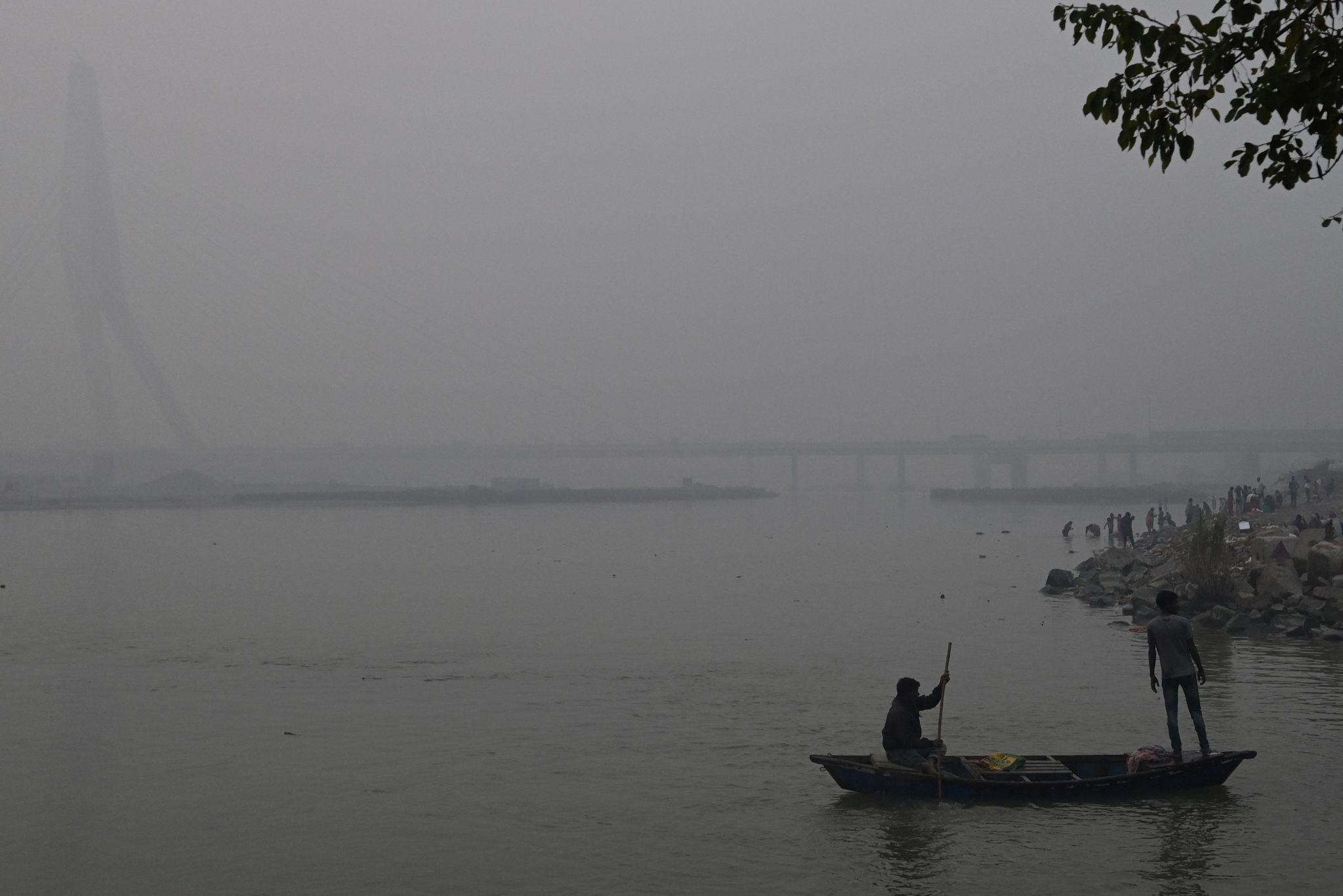 New Delhi: Delhi Bharatiya Janata Party (BJP) chief Adesh Kumar Gupta on Saturday slammed Chief Minister Arvind Kejriwal over deteriorating air pollution in the national capital and said that the Delhi government only blames stubble burning as one of the causes of the pollution but vehicular pollution and dust pollution are the biggest factors to which they do not pay attention to.

Speaking to ANI, the Delhi BJP chief said, "Pollution level has increased in the national capital and it has turned into a gas chamber. People are forced to live in that chamber. Delhi government said that the stubble burning in the nearby states is the reason for the increasing level of pollution but in reality, vehicle and dust pollution are the biggest factors responsible for the pollution." Gupta further said that the AAP-led government had promised to launch electric vehicles but there is no process in the last seven years.

"The roads of Delhi are full of dust. No arrangements have been made to check the dust pollution. The Delhi government passed a Green Action Plan in the Assembly in 2018 which consists of 24 steps to avoid pollution. But the results are nowhere to be seen. Every year people have to face the gas chamber," he said.

The BJP leader lauded the Supreme Court's suggestion for a two days lockdown to tackle air pollution in the national capital.

"The government should take all the necessary steps in the matter. The BJP will help in every possible way," he added.

To tackle increasing air pollution levels in the national capital, the Delhi government had announced a 'pollution lockdown' under which the schools would remain physically closed for a week from this Monday. Classes would continue virtually so that students don't have to breathe in the polluted air.

A Bench of Chief Justice of India NV Raman, Justices DY Chandrachud and Surya Kant in SC had suggested a two days lockdown, earlier on Saturday.

All construction activities in the national capital have been shut down from November 14 to November 17.

"Government office employees will be asked to operate from home (WFH) at 100 per cent capacity for a week, while private offices will be issued an advisory to go for WFH (work from home) option as much as possible," Kejriwal had announced.

The air quality in the national capital plunged to the 'severe category' leaving Delhiites gasping for fresh air on Saturday morning.