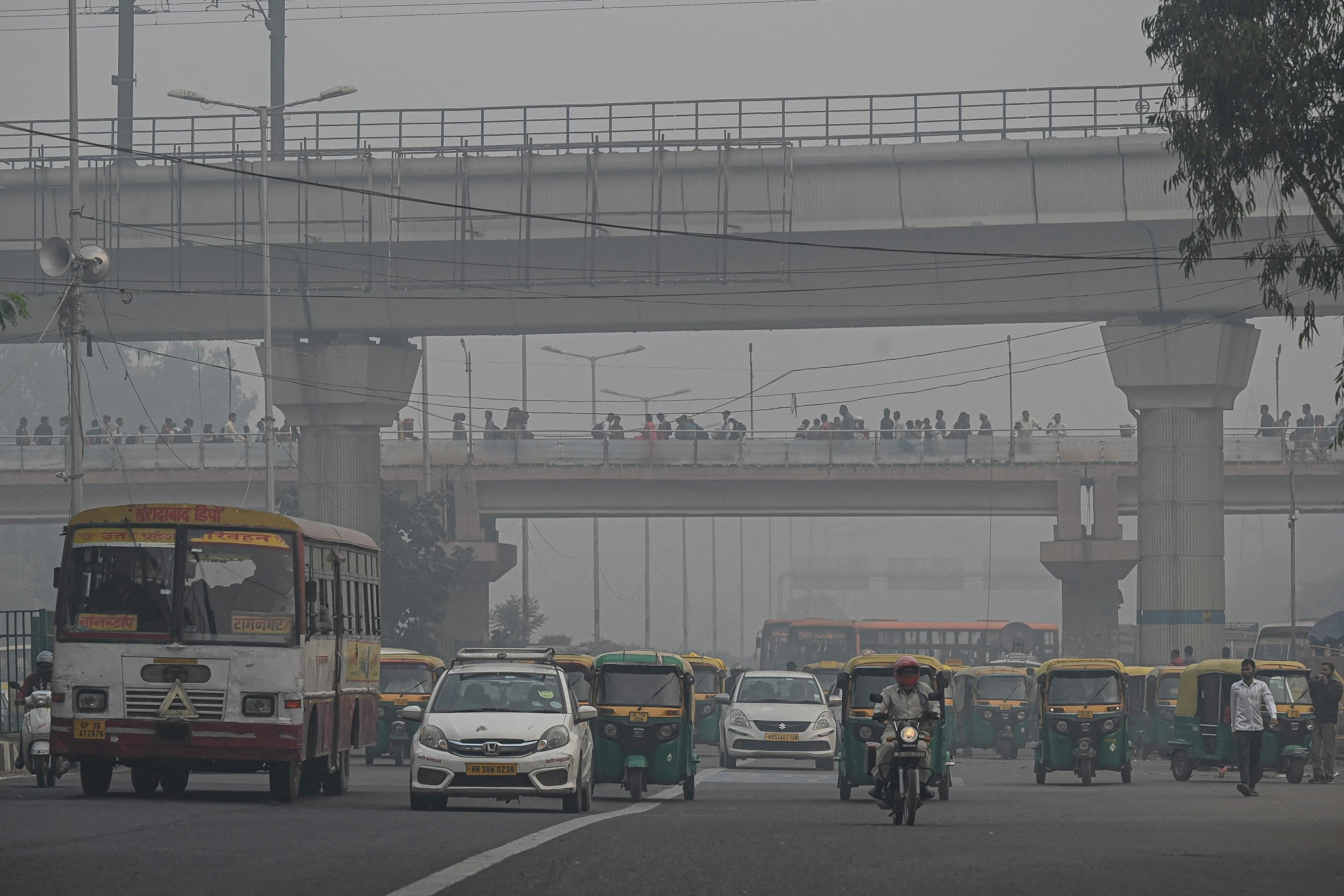 Commuters make their way along a street amid smoggy conditions in New Delhi on November 5, 2021. | TOPSHOT - (Photo by Prakash SINGH / AFP)

A thick layer of acrid smog hung over Delhi-NCR on Friday after residents flouted the firecracker ban and emissions from farm fires in the region peaked at 36 per cent, pushing the capital's 24-hour average air quality index for the day after Diwali to 462, the highest in five years.

As smog partially blotted out the sun in Delhi and residents complained of itchy throat and watery eyes, the city's Environment Minister Gopal Rai accused the BJP of instigating people to burn crackers by linking it to religion.

Ahead of the festive season, the Delhi government had announced a complete ban on firecrackers till January 1, 2022, and ran a campaign against their sale and use.

The air quality across Delhi-NCR nosedived to the 'severe' zone on Diwali night and even the recently-launched smog tower at Connaught Place could not provide breathable air to residents nearby, government data showed.

Delhi's 24-hour average AQI, which entered the 'severe' zone on Thursday night, stood at 462 at 4 pm on Friday.

Low temperature and fog in the morning allowed the accumulation of pollutants.

Fog conditions intensified in Delhi-NCR on Friday morning, lowering visibility at the Indira Gandhi International Airport and the Safdarjung Airport to the range of 200 to 500 metres at 5.30 am. Visibility in parts of the city dropped to 200 metres, said R K Jenamani, a senior scientist at the India Meteorological Department (IMD).

People from a large number of areas in the national capital had reported rampant cracker bursting on Thursday night. Cracker bursting continued till late night in NCR cities of Noida, Faridabad and Gurgaon.

Concerned citizens and environmental activists shared pictures and videos of people bursting firecrackers on social media and termed the government ban a "joke".

"Delhi should ideally shut down tomorrow morning and the government's cracker ban turned out to be a bigger joke this year. No one cares. Meanwhile, the majority of my family is either down with severe dry cough or headaches. DelhiAQI is 700+ and the night hasn't even begun," a Twitter user posted on the microblogging site.

The Haryana government had imposed a ban on the sale or use of all kinds of firecrackers in 14 of its districts in the National Capital Region. The Uttar Pradesh government had allowed the use of green crackers on Diwali only for two hours in areas with moderate or better air quality.

Stubble burning accounted for 36 per cent of Delhi's PM2.5 pollution on Friday, the highest this season so far, according to government air quality forecast agency SAFAR.

"The overall air quality of Delhi plunged to the upper end of the 'severe' category with additional firework emissions... The share of stubble emissions has peaked today at 36 per cent," said Gufran Beig, founder-project director of SAFAR.

"Local winds have picked up and fast dispersion (of pollutants) is expected now. Without any more firecracker emissions, the AQI will improve to the 'very poor' category by tonight, although the stubble contribution is expected to remain almost the same (on Saturday)," he said.

On Thursday, farm fires accounted for 25 per cent of Delhi's PM2.5 pollution.

The concentration of stubble burning in Delhi's PM2.5 pollution was 32 per cent on Diwali last year as compared to 19 per cent in 2019. 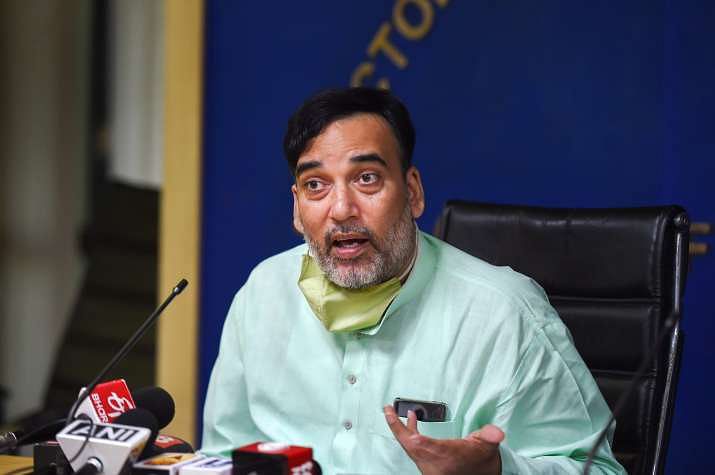