Jasprit Bumrah celebrates the dismissal of Sri Lanka's Angelo Mathews on the 1st Day of the second Test being played at M Chinnaswamy Stadium, Bengaluru | ANI

Bengaluru: Sri Lanka were 86-6 in their first innings at stumps, trailing by 166 runs against India on the opening day of the second and final Test (pink ball game) at the Chinnaswamy Stadium, here on Saturday.

Niroshan Dickwella (13 off 29) and Lasith Embuldeniya (0) were unbeaten at the crease at the end of the day's play in Bengaluru.

After bowling out India for 252 in their first innings, Sri Lanka didn't show much application during their batting. Angelo Mathews (43 off 85) was Sri Lanka's top scorer on Day 1 while Jasprit Bumrah (3/15), Mohammed Shami (2/18) and Axar Patel (1/21) were the wicket-takers for India.

Earlier in the day, India won the toss and opted to bat first but the hosts got off to a poor start as Mayank Agarwal was run-out on four. In the second over of the innings, there was an appeal for a leg-before against Agarwal that was turned down. The Indian batters thought they could sneak in a run and Mayank ran down the pitch.

However, there was some confusion from Rohit at the other end and the Sri Lankans took full advantage and ran Agarwal out. Hanuma Vihari then joined Rohit Sharma at the crease. The duo added 19 runs for the second wicket before Lasith Embuldeniya dismissed Rohit for 15.

On a flighted delivery, Rohit lunged into the forward defence and got an outside edge as Dhananjaya de Silva stayed low to take a good catch, leaving India in trouble at 29-2 after 9.3 overs.

However, Virat Kohli, who got loud cheers at his IPL home ground, and Vihari steadied the Indian innings. Vihari punished the short balls and stitched a handy 47 runs stand for the third wicket before Vihari fell to Jayawickrama on 31. Soon, Kohli was also trapped in front of the wicket on 23 by Dhananjaya de Silva before the Tea break.

Resuming the second session at 93/4, runs came quickly for India as Rishabh Pant played some attacking shots. With seven boundaries, Pant raced to 39 off 26 balls before being cleaned up by Embuldeniya. Ravindra Jadeja (4), who came to bat next didn't last long as Embuldeniya scalped another wicket. R Ashwin then joined Shreyas Iyer at the crease and helped the hosts regain stability by forging a handy 35-run stand for the seventh wicket.

Just as it was looking like the Iyer-Ashwin partnership was taking India to a strong position, De Silva gave Sri Lanka the breakthrough, removing Ashwin for 13. However, Iyer continued to hammer boundaries at the other end and got to his fifty despite not getting much support from the next batters -- Axar Patel (9) and Mohammed Shami (5).

With India at 229-9, Iyer decided to go all-out and smashed a few towering sixes and moved closer to his century. He was dismissed for 92 eventually and India were bowled out for 252 in their first innings. 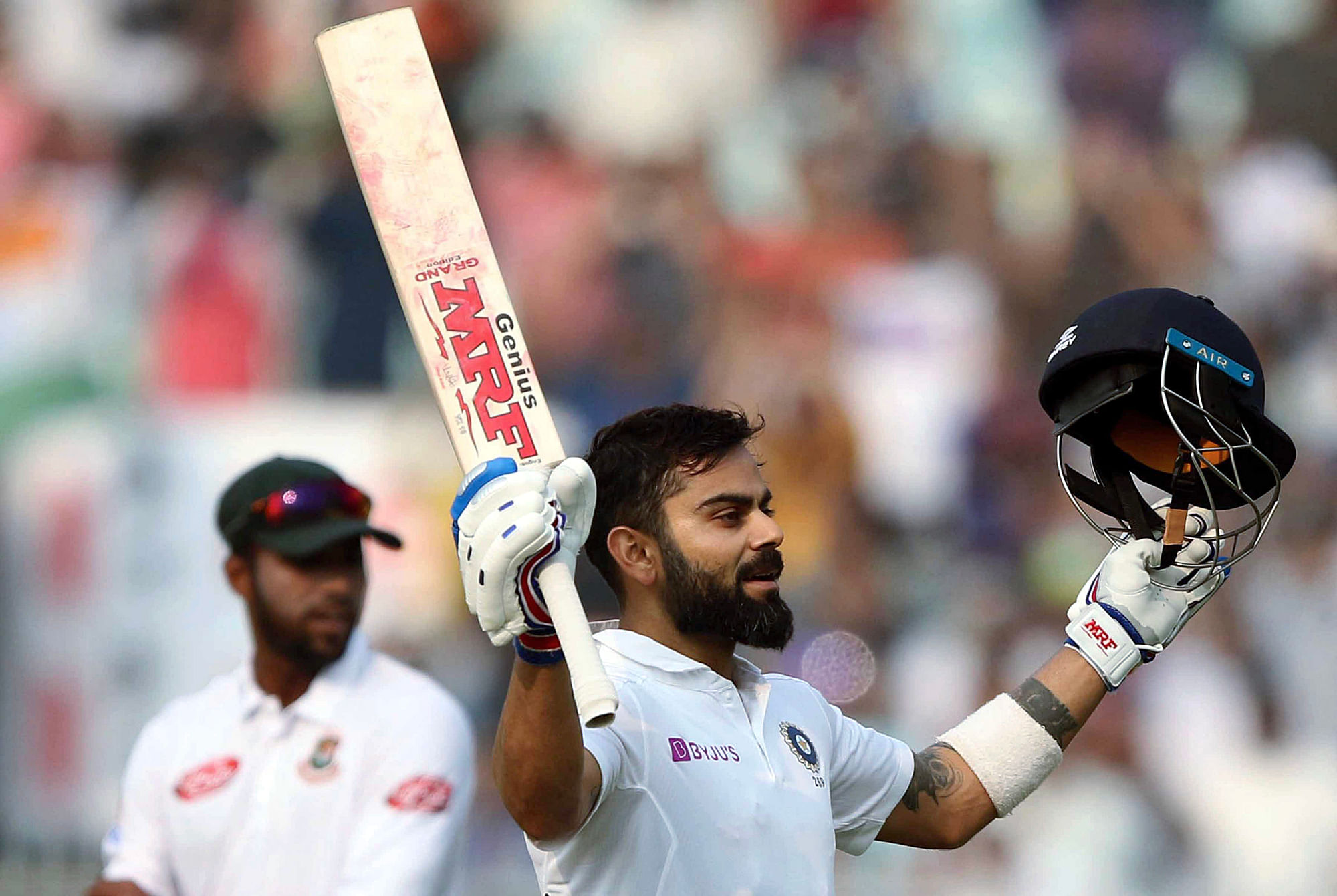