Young Indian workers should come to Japan to work, says Dr. FUKAHORI Yasukata, Consul-General of the Japanese Consulate in Mumbai

He explains how Japan and India share a cultural history, which must be strengthened with more trade, educational exchanges and more investments
Rebello Dominic | RN Bhaskar 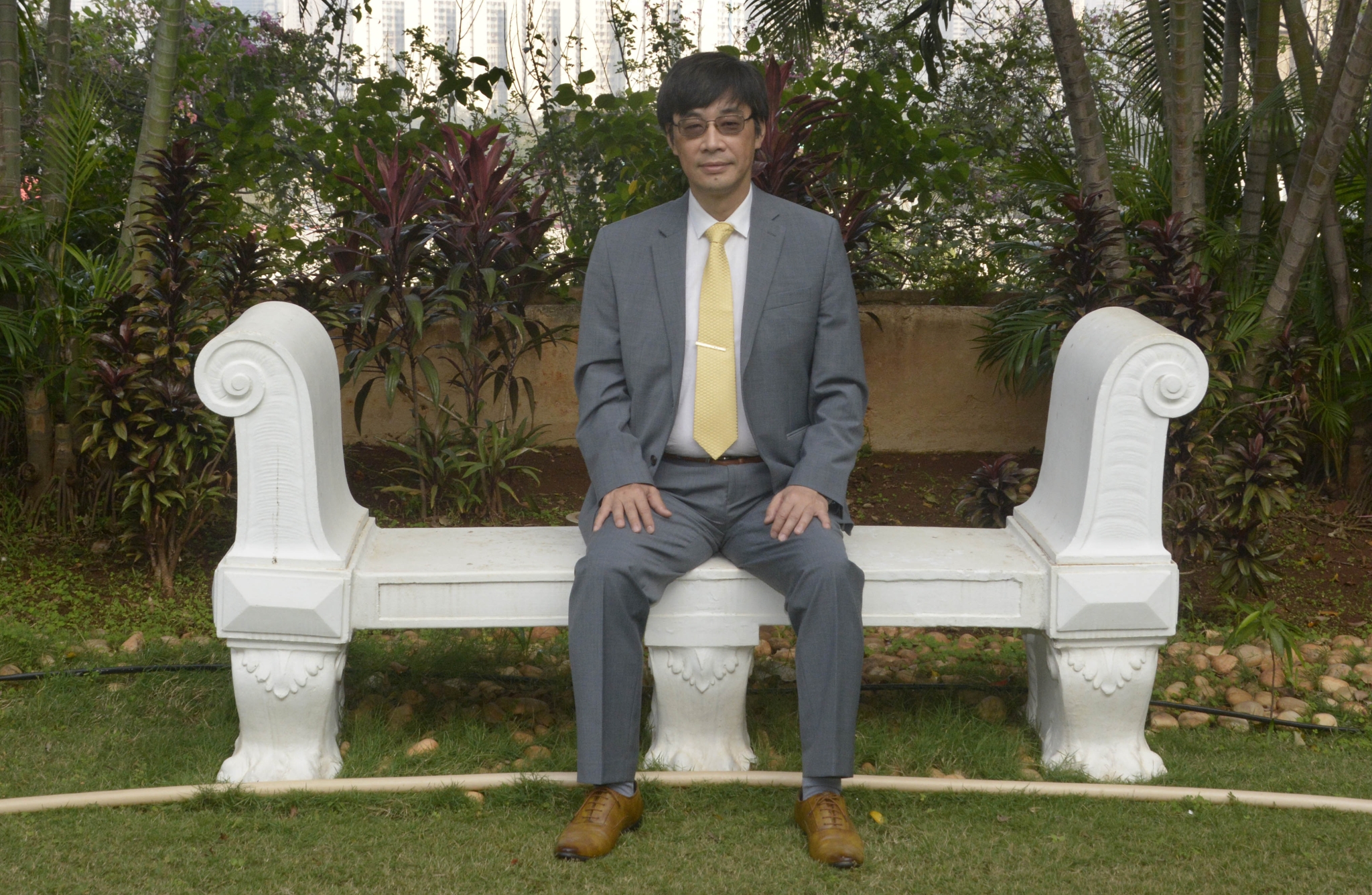 Cultural exchanges between Japan and India is said to have begun in the 6th century when Buddhism was introduced to Japan. Indian culture, filtered through Buddhism, has thus had a great impact on Japanese culture, ushering in greater cultural affinity between both peoples. Ever since the establishment of diplomatic relations, the two countries have enjoyed cordial relations. Next year will mark the 70th anniversary of such relations.

Both countries are democracies as well, and that makes them natural partners.

Exim Bank’s study titled “Prospects for Enhancing India Japan Trade Relations” has noted that over the past decade, India’s total trade with Japan has increased from US$ 10 billion to almost $ 18 billion, with exports valued at US$ 5 billion and imports US$ 13 billion in 2019. However, despite having a Comprehensive Economic Partnership Agreement (CEPA) with Japan, India has been running a persistent trade deficit with Japan. Its exports generally are low tech, and it has to move into the export of hi-tech, value-added items. The study observes that the potential for India-Japan relations extends beyond the sphere of bilateral trade. India and Japan have aimed at coordinating India’s "Act East" policy and Japan’s vision of a free and open Indo-Pacific.

To understand the relations between the two countries, Dominic Rebello and RN Bhaskar of FPJ spoke with Dr. FUKAHORI Yasukata, Consulate-General of Japan in Mumbai. He explains how Japan and India share a cultural history, which must be strengthened with more trade, educational exchanges and more investments. Japan, on its part, is working on way to invite more foreign workers – as Japan is an ageing society. He believes many Indians could also benefit from such changed rules.

By Dominic Rebello and RN Bhaskar

Given below are edited excerpts:

India and Japan are celebrating 70 years of diplomatic relations in 2022? What would you be emphasizing during these celebrations?

The bilateral relations between Japan and India are very important. The Japanese government considers India an important partner for the future of Japan. Relations between the two countries need to be strengthened also due to issues like climate change and other important regional issues. Japan is the number three economy in the world and India is number six. Both are based on democracy, freedom of speech and freedom of journalism, freedom of people and fundamental human rights are very much respected. Based on those same values, number three and number six economies need to work together, to create a better future not only for the two countries but for the region and for the world. There's no reason for these two important Asian giants not to work together in the future. And I'm quite optimistic about the future of the Asians because Japanese business is very much interested in developing their operations in India.

Since I came to the city six months ago, I have been meeting many Japanese business managing directors who are located in Mumbai. All of them told me that they're very much looking forward to expanding their respective businesses in India.

Moreover, Japan has opened doors for foreign workers a few years ago. Because our population is shrinking, we need to introduce more foreign workers into our Japanese labour market including new sectors like agriculture and some manufacturing sectors as well. We hope that more Indian young workers come to Japan and work.

At this moment the number of Indian workers is very small. Indian culture and Japanese culture are based on polytheism, which provides an important common ground enabling us to share many values. If the numbers of Japanese people living in India and that of Indian people living in Japan expand, then we can relate better to each other. If we increase our understanding through human exchanges, there is nothing that can prevent us from moving together for the future. 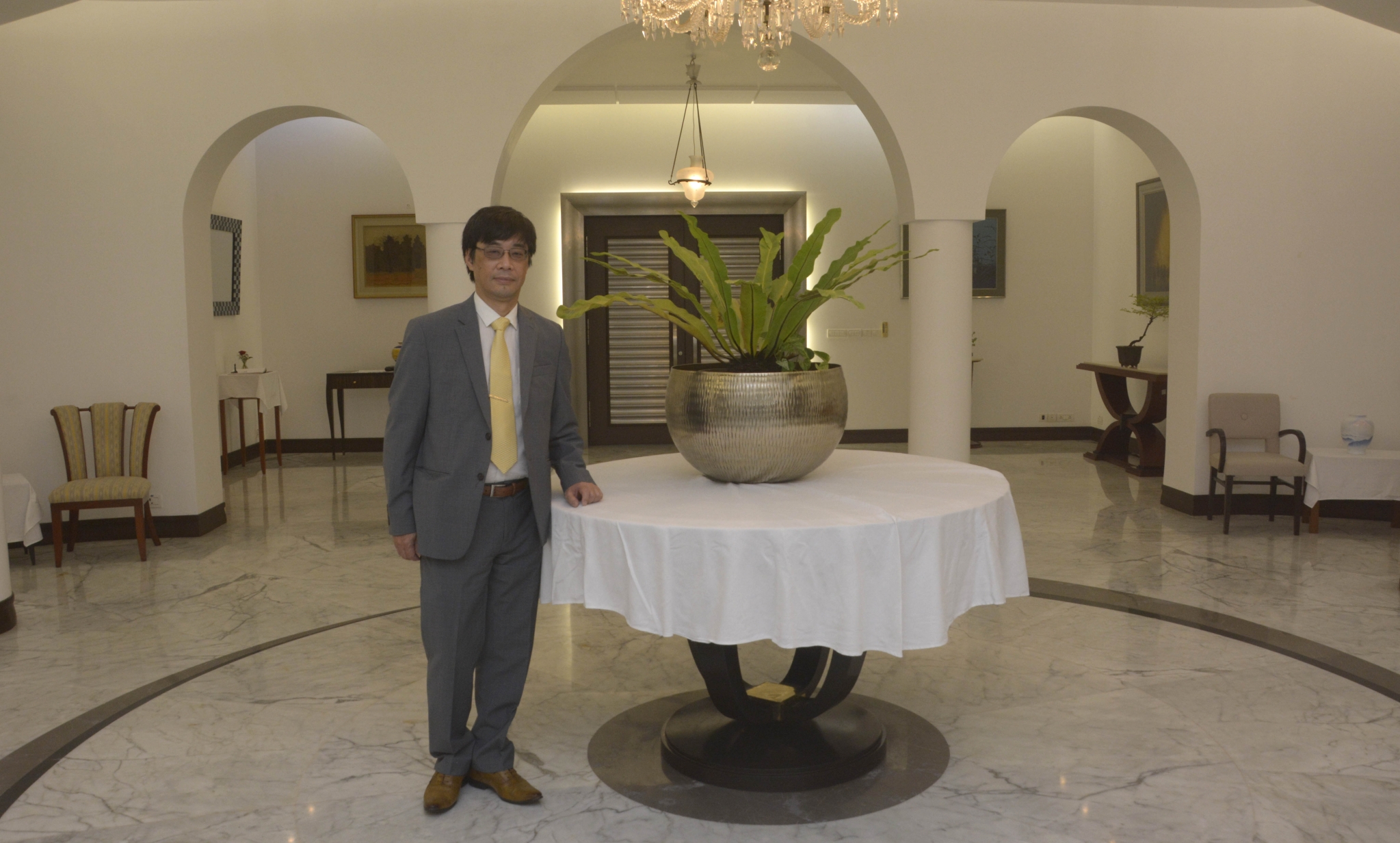 What is the total number of Japanese companies in India and the total amount of business that they do?

The number is increasing, but we need more companies to come into India. Japan has about three to four times higher numbers in ASEAN. The total population of 10 ASEAN countries put together is about 700 million, which is half the size of India. There should be room for Japanese companies to explore the Indian market. That's why Japanese companies are looking for opportunities to come into India in the future. What has happened in ASEAN could happen in India, too.

Will foreign workers be eligible to get permanent resident status in Japan?

That is not actually in line with our open-door policy. We have not yet changed our immigration policy. Japan is basically overpopulated and needs to be careful about its immigration policies. However, compared to other countries in Asia , our door is more open to many foreign workers, even though it may not be up to the level of the USA and European countries. Nevertheless, Japan population is shrinking and particularly our labour force is shrinking. We need a young foreign workforce whose culture matches ours.

How many Indian students study in Japan and are there plans to open more educational opportunities for higher education In Japan?

Does the Buddhist connection translate into business for India and Japan? (Japan has contributed significantly to the places of historical importance in India especially where Buddhism is concerned)

Japan is a Buddhist country mixed with Shintoism which is an ancient native religion. Buddhism is a very popular religion and it is a core culture of Japan. Many Japanese have affection towards India because of Buddhism. We could promote Indian Buddhism culture to the Japanese tourism market. Japanese people, in general, come to India to see and explore Buddhism history. Buddhism came from India to Japan through China many years ago. All the cultural and religious roots are located here in India. I'm sure that if Japanese people come to India and see the Buddhism monuments they will find enormous satisfaction.

I went to Ajanta and Ellora caves 10 years ago, and I was very surprised to see images of a Buddha created about 2000 years ago. When I saw those Buddhist images I felt that our cultural roots go back 2000 years.

Hinduism is very similar to the Japanese Buddhism and Shitoism. I know that the Hindu people include Buddhism as a part of Hindu culture. There's a lot of similarity between Buddhism and Hinduism. Shintoism is also just like Hinduism, it's a polytheism religion. As such, we share many core things together. There's room for us to grow together if we can stand together. At this moment, very unfortunately though, India is not known much to Japan and Japan is not known much to India.

I don't have any religion myself. However, I was brought up in Shintoism and Buddhism culture in Japan and I have a deep respect for religions. Before I came to India, I read books about Hinduism, starting from the Rig Veda and Upanishads. Then I read The Mahabharata and Ramayana. Those two stories are very similar to Japanese Shintoism stories in the Kojiki and Nihon Shoki.

I particulary liked the Bhagwad Gita, which is part of Mahabharata. Then I read Manusmriti and Upadesasahasri, which describe the social concepts of India. Indian culture is very innovative but easy for a Japanese to accept because of our spiritual common grounds.

India and Japan have increased the total amount of trade between the two countries While the export of products from Japan to India increased, the exports from India to Japan did not increase much.

So that's the challenge for India, particulary because we have a free trade agreement between two countries called CEPA. Trade is based on free market principles, a function of demand and supply. In order for India to increase its exports to Japan, it needs to explore the Japanese market a little bit more. Japan's market is very open. If you win the competition, you can come into the market. Currently, Indian companies are facing some difficulty in finding the proper way to tap the Japanese market.

The value of Japan’s trade with India is just 10% of the volume of trade between Japan and the ASEAN countries. We need to try more to increase the trade between two countries.

Japan is building a large industrial park. Would you have any idea about what it's doing there?

Meanwhile, Gujarat provides a very good business environment to foreign investors. Its government is very welcoming for foreign companies and succeeding in inviting FDIs in the State.

Which are the places in India in which you think you will be developing industrial cities?

It's not my personal opinion but many businessmen from Japan say that Bengaluru is the most important developing place in India. Japanese investors used to invest a lot in Delhi and also in Mumbai. But nowadays, they have shifted to Bengaluru. 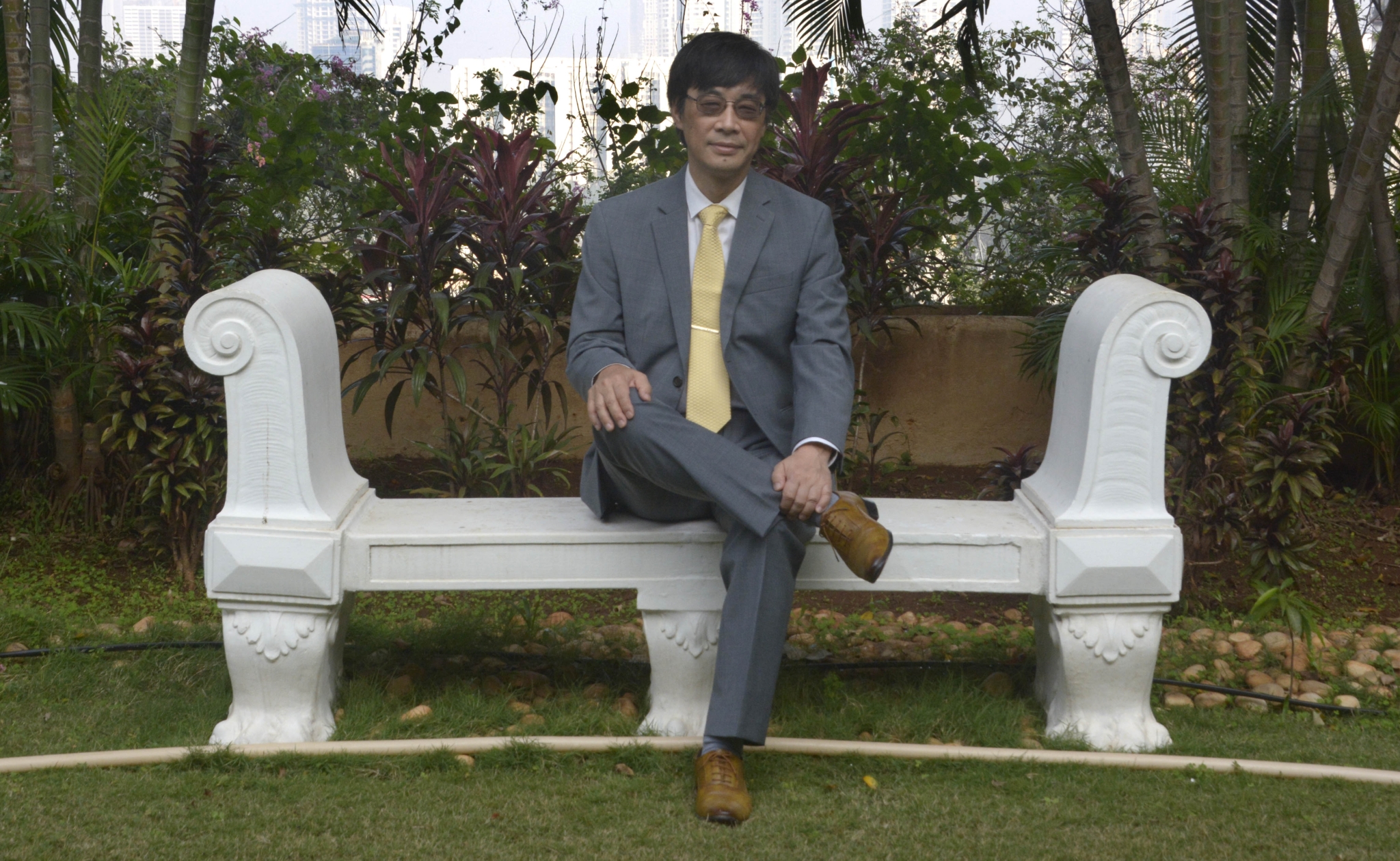 Why has Toyota's Mirae technology, based on hydrogen, not gripped public imagination as yet? Everyone is talking about EVs, not about hydrogen-fuelled vehicles.

You said that. It hasn't attracted people's attention. But that's because hydrogen cars are not available much in the commercial market for consumers at this moment. They are still a future technology for general consumers. The problem is volumes. I'm sure that experts and government officials believe in the great potential of the hydrogen-fuelled technology. They see a tremendous possibility of a hydrogen car in the future. But they still need to see more technological developments. It has a future but it is lagging behind other products like hybrid cars, which are the most popular vehicles nowadays in Japan. At the moment this new technology is lagging behind a little bit, but engineers and scientists see a huge possibility in it.

Hydrogen cars can overcome all many problems which Electric Vehicles (EVs) cannot. One problem EV cars face is the need for batteries that can store the electricity received from power plants. If you don't change those power plants into new (clean) energy suppliers, then we would still increase the carbon dioxide emissions.

All these issues can be overcome by hydrogen cars because they don't emit any carbon dioxide. So they have a tremendous future for saving the planet by reducing carbon dioxide emissions.