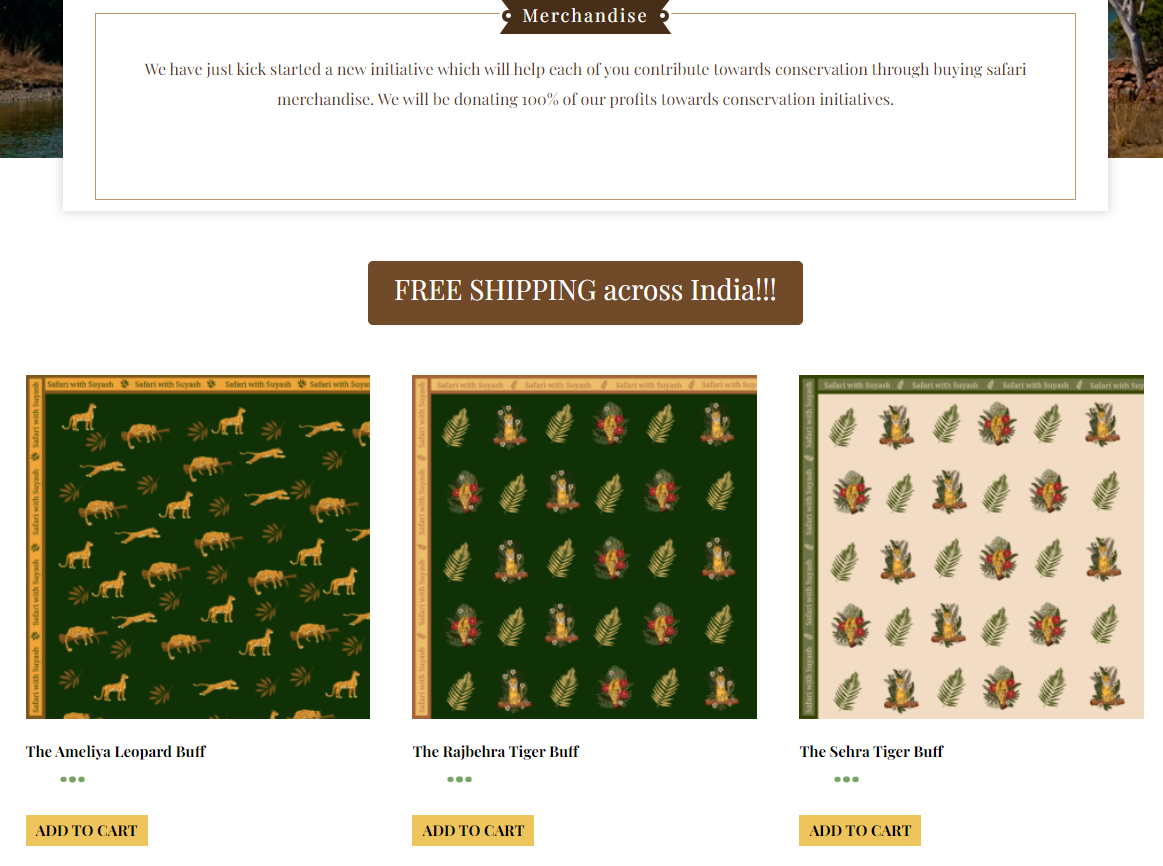 The initial line-up of Merch is named after some iconic locations of Bandhavgarh National Park. |

Suyash Keshari, a 25-year-old Wildlife presenter, film maker, and conservationist has launched a conservation merchandise line wherein 100 percent of the profits are earmarked for conservation projects.

Keshari launched this initiative to raise funds for conservation as well as allow people to play a direct role in it. It will help everybody make a difference, contribute to conservation directly, while also supporting products that are stylish and ethically produced, according to a press statement.

The initial line-up of Merch is named after some iconic locations of Bandhavgarh National Park. The products are color-coordinated according to the topography of these areas. For instance, Rajbhera, the green design is the one that depicts the Grasslands of Rajbehra in the Tala Zone, a place described by Keshari as the tigress Rajbehra’s stronghold - the first tiger he saw in Bandhavgarh over a decade ago.

The Sehra cap and buff are named after the Sehra Grasslands in Magdhi Zone, which was once home to the tigress named Solo- Rajbhera’s cub. Similarly, the Amelia Leopard gets its name from the iconic Amelia Waterhole and Grasslands in the Khitauli Zone of Bandhavgarh.

Other designs include the quintessential camouflage and another that depicts the elusive black panther.

Keshari said 100 percent of the profits made by the sales go directly towards wildlife conservation projects. To begin with, water holes will be constructed in water-deficit areas of Bandhavgarh National Park.

Earlier, Keshari and his team had organized a conservation project wherein they provided solar panels, solar torches, and lamps to each of the 175 Anti-Poaching camps in Bandhavgarh. Along with the 200+ forest guards also received bags, shoes, and raincoats.

In the pilot phase of this project, the team has launched Safari buffs/bandanas at Rs 650 and Safari caps at Rs 900 with free shipping across India. GST as applicable.