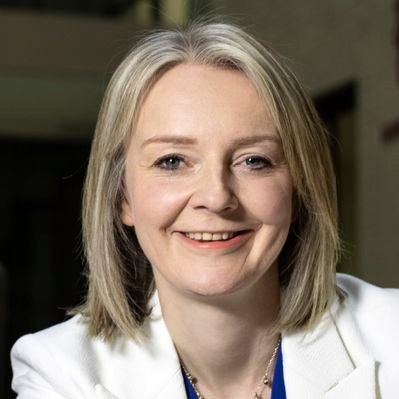 The UK wants to strike agreements covering trade and security with India and other democratic nations in the strategic Indo-Pacific region to challenge the influence of authoritarian states, Britain's new Foreign Secretary Liz Truss said on Sunday.

Truss, who was in charge of talks with India on a future Free Trade Agreement (FTA) as the International Trade Secretary until her recent promotion within the UK Cabinet, said that she is keen to strike more deals along the lines of AUKUS - the trilateral security alliance between Australia, the UK and the US, which is widely seen as a counter-balance to China.

"We want to work with our friends and allies to create more economic agreements and security agreements. AUKUS is about protecting trade routes and shipping routes specifically with Australia but I want to look at arrangements with India, with Japan and with Canada to expand that security support in the same types of areas," Truss told The Sunday Times in her first major interview since taking over her new role at the Foreign, Commonwealth and Development Office (FCDO).

"Some countries we will be able to enter deeper security arrangements with than others. One thing I know from being Trade Secretary for two years is that the UK is hugely trusted. People know we are reliable and when we say we will do something we do it, we follow the rules," she said.

Truss said that Britain would seek alliances with "freedom-loving" democracies to challenge the influence of "malign actors and authoritarian states" and that security pacts could augment trade deals, pointing to Britain's request to join the Comprehensive and Progressive Agreement for Trans-Pacific Partnership (CPTPP).

Asked by the newspaper about these moves being directed at containing the influence of China in the region, she said it is about the "advancement of freedom".

The interview comes as the ruling Conservative Party began its annual conference on Sunday in Manchester, where all senior Tory leaders will be addressing party delegates over the course of the next three days.

She told the newspaper: "The Prime Minister (Boris Johnson) is the great proponent of global Britain. He wants us out there making a positive case for our values on the world stage but also delivering for people across the United Kingdom.

"What we did at trade, striking trade deals with 68 countries, was all about bringing opportunities across the UK, whether it's for our whisky industry, our car industry, our digital industry," she added.