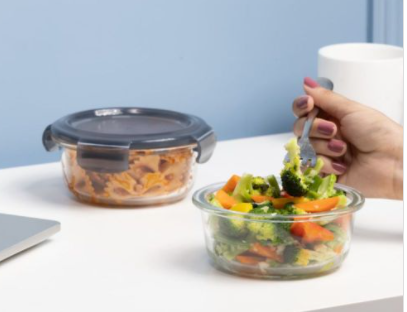 Tupperware has drawn up aggressive expansion plans, including setting up of 1,000 retail stores across the country over the next five years, besides tapping sales through digital platform.

"We are planning to open about 130 stores this year. We have inaugurated 100 stores and as we speak we should have opened two more, so 102 stores will be there right now. This we intend to take it to 130 stores by this year end", he told PTI.

Elaborating, he said the stores would be ''franchise'' model and would retail the popular products of the brand.

"As an immediate expansion plan, we plan to open another 130 stores taking the overall number of stores in the country to over 250 by December next year (2022)...," he said.

"Over the next five years, our plan is to have 1,000 stores across the country and major expansion would be in the South and West. "

To a query, he said South and West were majority of revenue generators for the company contributing 35 per cent, each, respectively.

With the aggressive expansion plan, he said the current share of 80 per cent contributed from the direct selling business would come down to 65 per cent while business generated from retail stores would increase to 35 per cent (from the existing 12 per cent) and remaining from online (10 per cent).

"In two-three years, about 65 per cent of the business will be from direct selling, 35 per cent from stores, and 10 per cent through online...", he said.

Regarding the impact caused by COVID-19 outbreak, Chhabra said there was impact of business faced like any other industry but the company witnessed a sharp demand for its products due to ''work from home'' culture.

"Pandemic has been a silver-lining for us in terms of business because the consumption of these products was higher largely because everybody was at home and without any help from maids, people started cooking from home and every body was conscious about health and safety", he noted.

As a brand, Tupperware has a large number of storage solutions and as a matter of fact the growth witnessed by the company in 2020 was 24 per cent as against the seven per cent recorded in the previous year.

"Our growth is about 24 per cent and in 2019 it was 7 per cent. With lockdown and restricted movement, people prefer our products, but getting hold of them was a challenge. So, we did a lot of interventions like multi-channeled brand now and recently opened our 100th store in Chennai besides selling online", he said.

"We started online sales by the fag end of 2019 and from a small base grew by 6 to 7 times in the last year.. Online sale has witnessed a huge surge because COVID-19 still continues and still people are not feeling comfortable moving out," he said.

On the manufacturing facility, he said the company has a world class plant in Dehradun, Uttarakhand and the unit besides serving the domestic market also ships to over 35 countries.

"The plant has an installed capacity, which is much more than what we sell in the country. We do export to many countries across the globe to our own Tupperware companies there.. we actually export to about 35 countries", the MD said.

Exports have been consistent and it has grown actually in the last two years. The brand ''Tupperware'' has done well because of increased demand.