Telecom sector to ring in 5G in 2022; with govt promising more reforms 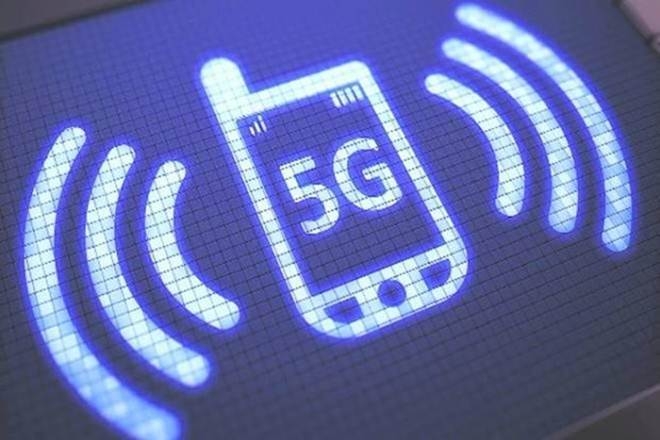 With the government promising more reforms, the industry is entering the new year on a buoyant note, keen to see a positive outcome on 5G spectrum pricing at the mega auction that is just months away./ Representative image |

Arare bonhomie among three private telecom companies in raising tariffs coming on the back of a bailout package by the government may have helped the telecom sector avert a crisis but the challenges haven't ceased to exist as the industry faces a cash-guzzling task of rolling out 5G networks in the coming months.

The sector that provides direct and indirect employment to millions is projected to see Rs 1.3 lakh crore to Rs 2.3 lakh crore of investments in the coming years in creating robust infrastructure and building telecom and network products that have been incentivised by the government through PLI and other initiatives.

After years of cut-throat competition and the apex court ruling on payment of past statutory dues left some players in the lurch, billionaire Sunil Mittal's Bharti Airtel and struggling Vodafone Idea almost in tandem raised tariffs, taking the plunge they had long been talking about.

The tariff hike alongside the government's relief package that included a four-year break on payment of dues lifted the industry's spirits and ignited hopes of fueling investment in new-age technology that a nation aspiring to become a $5 trillion economy deserves.

With the government promising more reforms, the industry is entering the new year on a buoyant note, keen to see positive outcome on 5G spectrum pricing at the mega auction that is just months away.

The buzzing pace of developments in 2021 -- from bureaucrat-turned-politician Ashwini Vaishnaw being named the new Minster for Communications and IT to unveiling of blockbuster relief package in record time to prepaid tariff hikes to key milestones in 5G trials -- kept the sector in news.

A website for giving clearance to trusted and secure products that telcos can install in their network, over Rs 12,000-crore production linked incentives push for telecom sector, improving ARPU prospects for players, and unveiling of JioPhone Next smartphone with easy EMI options kept up the tempo in the market.

The mega relief package has offered sweetners like four-year break for companies from paying statutory dues related to AGR (Adjusted Gross Revenue) and spectrum, permission to share scarce airwaves, change in the definition of revenue on which levies are paid, and allowing 100 per cent foreign investment through the automatic route.

The big bang reforms offered breather to all players but, more importantly gave Vodafone Idea a shot at survival. The possibility of market shrinking to two private players had once appeared imminent but the September announcements brought in the much-needed cheer.

Both Vodafone Idea and Airtel have decided to avail the four-year moratorium being offered by the government under the telecom package while cash-rich Reliance Jio has declined the payment moratorium offer.

The relief measures, it is expected, will enable the industry to redirect cash flows towards building futuristic networks -- 5G and beyond.

The last round of auctions, in March, had attracted bids of over Rs 77,800 crore for 855.6 MHz of spectrum but 63 per cent of total radiowaves on offer remained unsold.

Players have long been voicing concerns over high spectrum pricing and all eyes are now on the regulator to see if the spectrum valuation methodology is rehauled, and pricing made attractive.

The sector is expected to see satellite-based broadband services with OneWeb and Elon Musk-led Starlink already in fray to start their service in 2022.

The fight for spectrum has already entered a fresh round, from infighting among telecom operators to the one between terrestrial and satellite based service providers.

The biggest opportunity for the entire telecom ecosystem is 5G, Ericsson India head Nitin Bansal said, adding ''if spectrum gets allocated at the right time and with affordable pricing, we can expect commercial rollout in the second half of 2022.''

With 5G promise ready to unfold and given headroom for growth in the world's largest data market even amid pandemic, telcos have already started building their warchest.

Jio Platforms -- that houses India's youngest but largest telecom firm Jio and apps -- had raised a staggering Rs 1,52,056 crore from marquee investors earlier and seems all set to tap into new opportunities.

Airtel, whose Rs 21,000 crore rights issue in October was oversubscribed, plans to use the proceeds to strengthen its balance sheet, build its arsenal, and gear up for 5G.

Vodafone Idea's fund raising plans are significantly delayed but the company expects to conclude it this fiscal.

''The next year will see convergence of industries with telecom taking centrestage for multiple sectors to leverage. Collaborations are expected to be the key strategy to drive revenues from enterprises and commercial sector,'' Peeyush Vaish, Partner and Telecom Leader at Deloitte India, said.

The Indian telecom market is poised for a slew of innovations in 2022, according to Prashant Singhal, Emerging Markets, Technology, Media, Telecom (TMT) Leader at EY.

The year 2022, he said, will be a ''defining year'' and the sector will get back to the ''golden period of accelerated growth''.