Government will need to pump prime the economy hit by COVID-19 pandemic and subsequent lockdowns by putting in place a massive Rs 11.2 lakh crore ($150 billion) worth of economic package, Acuite Rating has said in a report.

The economic package working out to around 4.8 per cent of FY20 GDP, is the amount of loss that the present lockdown starting from mid March and now expected to end on May 3 had created. The rating agency has said that with economy losing GDP worth $4.5 billion per day in the period of lockdown, only a big stimulus package from the government could create the environment to where the economy hoped to revive from the second half of current year.

Given that the virus lockdown came closely following a weak growth trajectory, Acuite believes that a contraction in GDP in Q1FY21 aside, there is a significant downside risk to our growth estimates of two per cent- three per cent for FY21 unless there is an appropriate and timely stimulus package for the economy.

"Ideally, we would like the government to opt for a stimulus package of Rs. 11.2 Lakh Cr ($150 billion), the economic loss that is already set to be recorded for the current lockdown period and that will tantamount to 4.8 per cent of FY20 GDP," the report said.

"However, in our opinion, it is not so much the size of the package but its effectiveness that will be the key to a healthy revival of the economy by H2 FY21. The stimulus should primarily focus on maintaining productive government expenditure including capital expenditure to the extent possible, given the latter's ability to push up growth," it added.

With limited fiscal resources with the government, Acuite has suggested that the burden should be shared between the Centre, RBI and the states.

It has said guarantees or loss reimbursement facility needs to be provided to banks. The estimate made is that an amount of Rs 1.8 lakh Crore additional working capital funds will be required by MSMEs and another Rs 1.2 lakh crore by corporates in relatively more vulnerable sectors.

Given the extraordinary nature of the global economic and health crisis sparked by Covid-19, Acuite believes there is adequate justification to raise debt or finance the deficit directly from RBI at this juncture albeit within specified limits.

"In order to ensure that the interest obligations on such additional off-market borrowings is not unsustainable, the feasibility of a special one-time issuance of special zero coupon securities by both the Central and the state governments to RBI can be explored. If the entire proposed stimulus amount of Rs 11.2 lakh crore is raised through this route, there will be a sharp growth in the balance sheet of RBI to the extent of 47 per cent as compared to the average growth of 22-24 per cent," Suman Chowdhury, Chief Analytical Officer, Acuite Ratings said.

A portion of the economic package should also be shared by the states. Since the fiscal health of many states is not good, a few relatively stronger states with lower fiscal deficit levels may volunteer to take up around Rs three lakh crore of additional borrowings.

Acuite has suggested a group of six states, i.e. Karnataka, Gujarat, Tamil Nadu, Maharashtra, Haryana and Telangana where the current fiscal position is relatively better vis-a-vis other states with an average state fiscal deficit of 2.4 per cent. 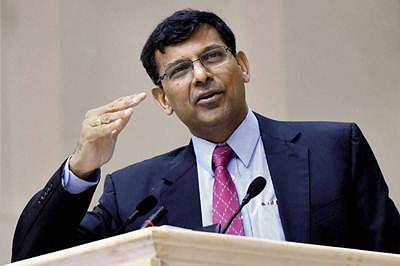 India needs to spend around Rs 650 bn to help the poor and the vulnerable amid COVID-19 crisis:...