As Reliance Jio was a long way ahead of Airtel in Delhi, Mumbai and Kolkata according to Ookla, Airtel was able to gain an edge in Varanasi.

Jio is already promising speeds of up to 1 Gbps in four cities. | PTI
Follow us on

Three years after 5G was first rolled out in South Korea, India has joined the bandwagon by launching the high-speed internet service in 13 cities. With top telcos Reliance Jio, Airtel and Vodafone Idea battling for 5G dominance in India, government-owned BSNL is yet to embrace 4G. Although 5G is touted as 10 times faster than its predecessor, the actual speeds will depend on network congestion and distance from towers. But as of now, internet testing compan Ookla has recorded a 5G test speed of more than 500 Mbps for downloads, and Reliance Jio is already leading.

Reliance Jio leading from the get go

As Reliance Jio’s 5G surged closed to 600 Mbps in Delhi, turns out that India’s second-best telco Airtel stayed below 200 Mbps. Till now it’s known that while 4G has been delivering as much as 50 Mbps speed, 5G can provide anything between 16 to 809 Mbps. But at the beginning in India, 5G is expected to reach a speed of 300 Mbps with real world disruptions. Beyond the capital, Airtel lagged behind in Mumbai and Kolkata, at 271 Mbps and 34 Mbps respectively, while Reliance Jio clocked 515 Mbps and 482 Mbps respectively. Airtel only led the way in Varanasi, where it hit 515 Mbps, while Jio was restricted at 482 Mbps. This disparity explains why Airtel is offering 5G at unchanged rates to begin with.

What’s the reason behind the gap?

These results also reflect the results of Airtel’s strategy to use 4G architecture to provide 5G services, as opposed to Reliance’s move to build a standalone network infrastructure for 5G. Although it evidently gives Jio an edge over Airtel, the former will have a hard time competing in terms of pricing, with higher capital infused. At the same time Reliance Jio has also launched a beta 5G service in four cities available to users only by invitation, promising speeds of more than 1 Gbps. 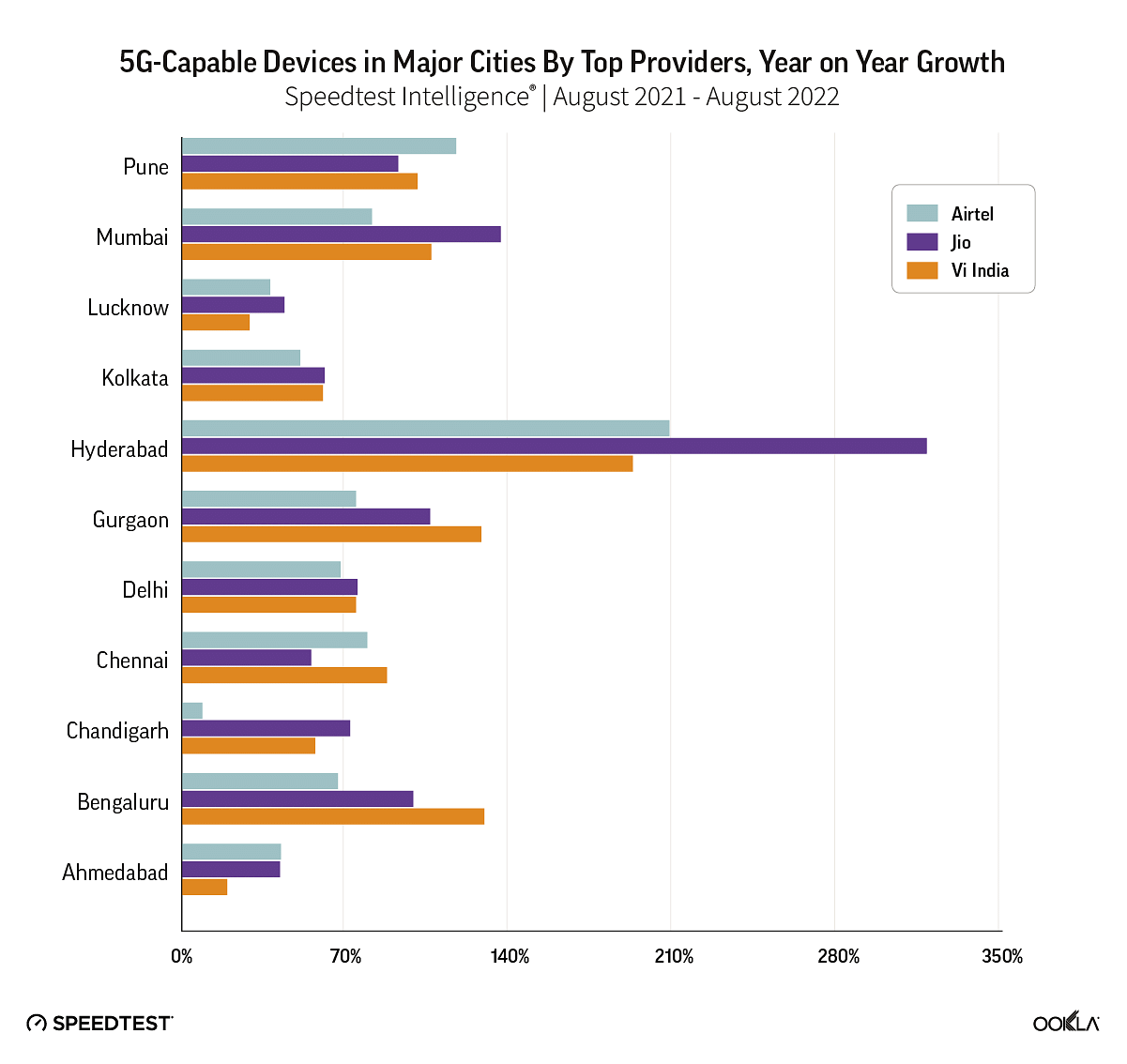 Their expansion paths also vary, with Reliance Jio stepping on the gas from the get go to take 5G to every part of India by the end of 2023, while Airtel going phasewise, to first expand into most parts of India by March 2023, and is targeting pan-India coverage by March 2024.