The Reserve Bank of India monetary policy committee (MPC), which determines interest rates, has raised the policy repo rate by 35 basis points (bps) to 6.25 per cent with immediate effect.

This decision was taken after three-day-long sessions that concluded on December 7.

RBI Governor Shaktikanta Das today announced that  five out of six members of the MPC opted to go for a hike in the rate during the meeting.

The MPC's hike in repo rate, the rate at which the RBI lends money to all commercial banks, is the fifth consecutive hike by the central bank, following a hike in October, 40 bps hike in May, 50 bps hike each in June, August and September.

The central bank had been hiking the key policy rate since May to 6.25 per cent to cool off domestic retail inflation that has stayed above the RBI's upper tolerance limit for over three quarters now.

In October, retail inflation was 6.77 per cent as against 7.41 per cent the previous month.

Under the flexible inflation targeting framework introduced in 2016, the RBI is deemed to have failed in managing price rises if the CPI-based inflation is outside the 2-6 per cent range for three quarters in a row.

An out-of-turn meeting of the Monetary Policy Committee (MPC) of the Reserve Bank of India was held in early November to discuss and draft the report to be sent to the central government for having failed in maintaining the inflation mandate.

The meeting was called under Section 45ZN of the RBI Act 1934, which pertains to steps to be taken if the central bank fails to meet its inflation-targeting mandate.

"The RBI monetary policy statement is a reflection of the resilience of the Indian economy in the midst of major global headwinds in the developed economies and the impact of the Ukrainian war. A 35 basis points increase in the repo rate indicates an improvement in inflationary pressures although as the Governor said a hawk’s eye has to be kept on inflation. The increase in the rate cycle may finally be easing. India is a standout economy currently and with inflation easing, albeit a bit, the growth impulses remain strong. Going forward, this monetary policy will facilitate growth. The enhancements to the UPI and Bharat Bill Payments System are welcome and will help strengthen our digital prowess," said Anant Singhania, President, IMC.

"The hike in interest rate would have a very little or moderate impact on the real estate sector. The market is now matured enough to absorb this. The retail interest rate under the 10 percent mark is a psychological booster to the industry who are into the luxury and ultra-luxury segment," said Dharmesh Shah, CEO, Hero Realty.

Read Also
Rupee falls 25 paise to 82.75 against US dollar in early trade 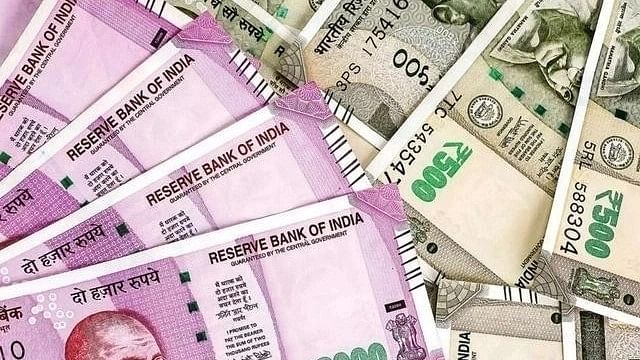 He also pointed out that the globally inflation remains high and broad based in the aftermath of Russia-Ukraine war.

"Despite this the Indian economy remains resilient; India is seen as a bright spot in a gloomy world," he further added.