HomeBusinessPUBG developer Krafton to raise $3.7 bn via IPO in August

PUBG developer Krafton to raise $3.7 bn via IPO in August

Krafton has downplayed overvaluation concerns saying it is among a few players in the local tech and entertainment industry to hold a significant presence in the global market. |
Follow us on

Krafton said it priced its shares at 498,000 won each at the upper end of the range announced earlier this month.

The listing, scheduled for August 10, is expected to be one of the largest ever on the local bourse. Samsung Life Insurance holds the record for its 4.89 trillion won IPO in 2010, reports Yonhap news agency.

While Krafton had initially sought to raise up to a record 5.6 trillion won, it lowered its pricing band after financial authorities requested revisions to its plan amid controversy of overvaluation.

Krafton has downplayed overvaluation concerns, with the company saying in an online press conference that it is among a few players in the local tech and entertainment industry to hold a significant presence in the global market.

The video game maker has sold over 75 million copies of PUBG for PCs and consoles globally since its launch in 2017.

The mobile version of the battle royale shooter, in which players fight each other until the last survivor, has reached 1 billion downloads globally, excluding China.

Krafton is eyeing active mergers and acquisitions after going public, with plans to spend 70 percent of the funds secured from the IPO in acquiring promising game developers.

The company is looking to expand its video game portfolio with the launch of new in-house mobile game "PUBG: New State" as early as September this year and horror game "Callisto Protocol" next year.

The company is also expanding big in the Indian market.

Developed by Krafton for the Indian audience, the Battlegrounds Mobile India game surpassed 34 million registered users within a week after its release.

Online storytelling platform Pratilipi announced on July 14 that it has raised $48 million in a funding round led by South Korean gaming company Krafton.

The next day, Krafton announced its first esports tournament -- Battlegrounds Mobile India Series 2021 -- that was kicked off from July 19 with a prize pool of Rs 1 crore. 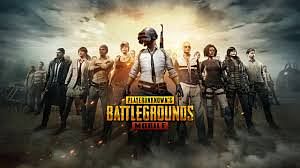