Jet Airways to take to skies in 2022; flight path not all clear yet 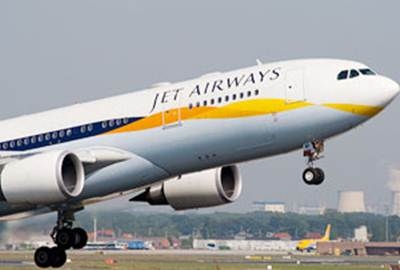 Jet Airways is resuming flight operations, and intends to start start its first flight from Delhi to Mumbai by Q1 2022 |

Precious little had been heard from the Jalan Kalrock consortium, the approved bidder for taking over Jet Airways and restarting operations for the airline that was grounded in 2019. Till so far, that is.

Jalan Kalrock is the consortium created by Murali Lal Jalan, an NRI businessman, with Kalrock Capital, an investment group formed by serial entrepreneur Florian Fritsch. The consortium had won the bid to take over Jet Airways in October 2020, with the creditors to the airline, mostly banks, agreeing to take a significant haircut in the process.

Jalan Kalrock now foresees domestic operations for the airline to re-start in Q1 2022, with the first flight between Delhi and Mumbai. The airline, in its new version, expects to receive Air Operators Permit shortly, and says the process is already ongoing. It has already hired 150 people, and intends to hire another 1,000 people as it intends to take to the skies again next year.

The consortium states that planes won’t be bought, but rather leased on a long-term. The initial fleet for the airline will be 50 narrow-body aircraft, to be inducted over the first three years of operation. These aircraft are expected to be used for domestic operations, as well as international operations to neighboring countries, such as the UAE and Thailand. Over time, Jalan Kalrock intends to build the fleet to 100 aircraft in the first five years.

One key change for the airline, is the move of their headquarters from Mumbai to Delhi NCR. It would be a smart move, since Delhi Airport is one of the biggest airports in India, capacity-wise, and hence, it might become their first hub. Also, with the aviation talent pool being in the area (IndiGo, SpiceJet, Air India and Vistara are already based in Delhi/Gurugram), it might make it easier for them to attract talent to run the airline.

Challenges abound for Jet Airways as it tries to become the first airline to come back from the dead. The airline is still to get slots and airplanes, details of which the new consortium hasn't revealed yet.

The NCLT had approved the resolution plan from Jalan Kalrock in June 2021, and granted the Ministry of Civil Aviation and Directorate General of Civil Aviation 90 days to give slots to the airline. It is clear that the old slots that Jet Airways hoped to acquire as inheritance from the earlier version of the airline won’t come through, because they were already divided up amongst the other airlines.

How quickly do they get slots, and how quickly do new airports in Delhi and Mumbai come up will dictate Jet Airways' growth going forward.

Rakesh Jhunjhunwala's Akasa Air will also come around at the same time. Jet Airways 2.0 would really need to do something different to attract passengers rather than fly on the loyalty of passengers of Jet Airways 1.0.

Not just that, there are some banks and employees still looking to receive more from the company. Many employees had voted down a proposal in the resolution plan about receiving a “token salary” to settle their dues. So clearly, the stage is not yet fully set for the new bidders to take charge of the affairs at the airline.

One thing, however, is for sure. The more airlines come around, the merrier it is, as customers will get cheaper airfares while airlines fight it out amongst themselves hoping to take market leadership from the current leader. Will anyone be able to unsettle IndiGo in India? I’m waiting to see.