ICRA downgrades growth forecast for passenger vehicle industry to 8-11% for FY22; from 14-17% 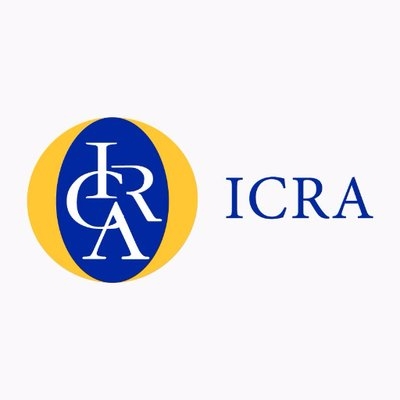 ICRA said that the volumes of the two-wheeler segment are expected to contract by 1-4 per cent in FY2022 against an earlier prediction of 6-8 per cent growth as affordability./ Representative Image |

Ratings agency ICRA on Wednesday revised downwards growth forecast for the domestic passenger vehicles industry to 8-11 per cent in the ongoing fiscal from the earlier estimate of 14-17 per cent on account of the ongoing semiconductor shortage.

Similarly, for the two-wheeler segment, it said the volumes are expected to contract by 1-4 per cent in FY2022 against an earlier prediction of 6-8 per cent growth as affordability and demand sentiments of target clientele was hit sharply by the second wave of COVID-19 pandemic.

With around 5 lakh units of production lost by various automakers in the passenger vehicles segment due to the semiconductor shortage, ICRA said the earnings loss for the OEMs (Original Equipment Manufacturers) could be around Rs 1,800 crore to Rs 2,000 crore for the ongoing fiscal.

With electric mobility gaining traction, ICRA also said a total investment of around Rs 20,000 crore has been announced in the auto components and electric two-wheeler segments in India by various companies spread over the next three to seven years.

Presenting some of the key trends witnessed in the Indian auto industry in a webinar, ICRA Ltd Vice President & Sector Head Rohan Kanwar Gupta said while electrification has been the buzzword, demand in the two-wheeler industry has been the most impacted by the pandemic.

While the demand was expected to recover, it hasn't happened for the two-wheeler segment as affordability and demand sentiments of target clientele was hit sharply by the second wave of COVID-19, he said.

On the other hand, he said demand for the passenger vehicle (PV) segment has remained robust, with a preference for personal mobility aiding healthy enquiries.

However, Gupta said the segment has been the worst impacted by the semiconductor chip shortage issue, with wholesale dispatches of various OEMs being materially curtailed over the past few months. As a result, retail sales for the industry have also been impacted by low inventory across dealerships, leading to consumers postponing their purchases.

Consequently, ICRA said it has revised its estimates downwards for the domestic wholesale dispatches for the segment, expecting the segment ''to grow by 8-11 per cent during FY2022, lower than the earlier estimate of 14-17 per cent on account of the ongoing semiconductor shortage''.

Commenting on the production loss, due to the semiconductor shortage, which was at its peak in September, Gupta said the estimate is around 5 lakh vehicle production loss by the industry which could translate to ''earnings loss of around Rs 1,800 crore to Rs 2,000 crore in the current fiscal''.

Commenting on the overall auto industry situation, ICRA Vice President & Group Head - Corporate Ratings, Shamsher Dewan said the sudden and severe onset of the second wave of the pandemic in India derailed the recovery momentum of automobile OEMs and auto-ancillaries.

''Even as demand across certain segments has recovered well post the dip in infection rate, the industry prospects have been affected by key concerns such as hardening in raw material prices as well as supply shortage on account of semiconductor chips,'' he added.

Dewan further said,''These multiple headwinds have significantly impacted the prospects of the industry, with the recently concluded festive season being the worst the industry has seen in over a decade.'' For the commercial vehicles segment ICRA maintained it is expected to grow by 18-22 per cent in FY2022 and 1-4 per cent growth for the tractor segment on a high base of last year.

On electric mobility gaining momentum in India, Gupta said the EV offtake has gained momentum across segments in the recent past despite the pandemic.

While the domestic conventional two-wheeler (2W) industry saw a 13 per cent year-on-year decline in FY2021, electric two-wheeler (e2W) sales reported a relatively marginal contraction of 5 per cent, indicating their increasing acceptance, he added.

Stating that the shift towards advanced, high-speed li-ion based e2W has been noticeable in recent years, ICRA said high-speed e2W sales in H1 FY2022 exceeded annual FY2021 volumes and crossed 1 lakh mark in 11 months of 2021 for the first time.

Given the size and scale of 2W industry in India, e2w segment is well poised to lead the electrification revolution in India, aided by various government policies, ICRA said adding by FY25, the penetration of e2W in terms of new vehicle registrations could be at least 8-10 per cent as compared to less than 1 per cent at present.