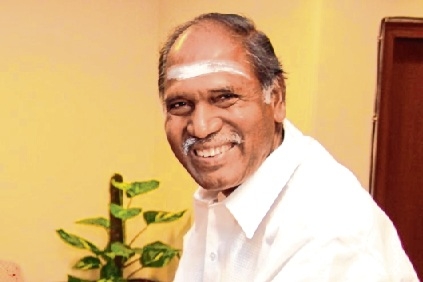 Rangasamy had earlier visited the now defunct mill along with officials and assessed its present condition. The mill was taken over by the Union Territory Administration through a Textiles Corporation in 1985 from the private sector.

Rangasamy told reporters that the government was now considering a proposal to revive the mill through public-private partnership (PPP) mode. He said that the government had also decided to install cameras at various points in and around the town and a control room would also be set up on the premises of the AFT Mills under the Smart City project.

The Chief Minister said he would visit Delhi on August 20 to meet Prime Minister Narendra Modi and place before him various developmental proposals relating to Puducherry. This would be the first visit to Delhi by Rangasamy, who heads the AINRC-BJP coalition government here after taking over as chief minister in May following the assembly elections in April.

Project Director of Smart City plan T Arun, Secretary to Industries Department E Vallavan and Managing Director of the Textiles Corporation A S Sivakumar accompanied the Chief Minister during his visit to the AFT Mills.

AFT Mills was started in the private sector during the French regime a hundred years ago. When it faced a crisis in 1980, the territorial government took it over by floating a textiles corporation with the funds provided by the Centre. The mill became a profit-making undertaking. But in course of time, the mill ran into rough weather and faced closure.