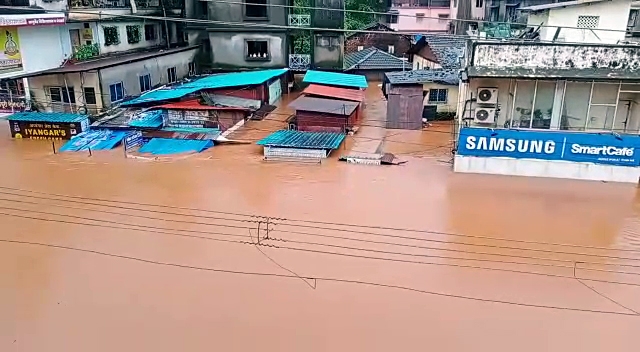 The district central cooperative banks (DCCBs) in six flood-hit districts of Maharashtra decided on Wednesday to disburse loans to the affected traders and small businessmen at subsidised rates of five to six per cent.

The decision was taken during a meeting chaired by state Finance Minister Ajit Pawar where principal secretary (finance) O P Gupta and representatives of the DCCBs were present, an official statement said.

The decision is expected to benefit traders, small businessmen and shop owners who need capital to start afresh.

Heavy downpour from July 21 to 23 caused flooding in parts of various districts, including Pune, Satara, Ratnagiri, Sindhudurg, Kolhapur and Raigad, claiming over 200 lives and causing losses worth hundreds of crores, officials earlier said.

Raigad in the coastal Konkan region was the worst-hit district, accounting for nearly 100 deaths.

The state government earlier this month announced a Rs 11,500-crore financial package for rain and flood-affected people, besides for repair works and reconstruction of roads and other critical infrastructure damaged in the deluge.