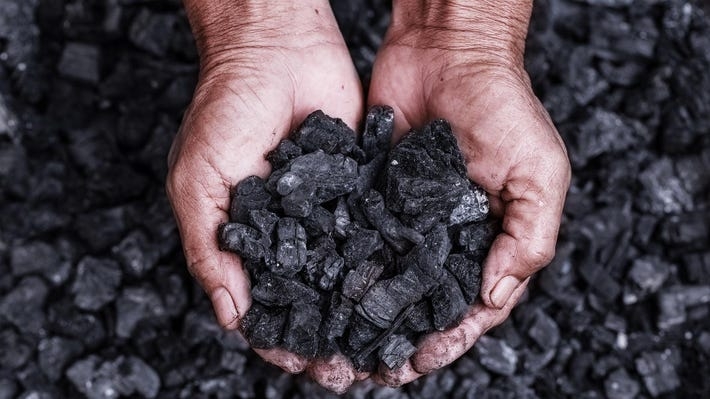 Gone are the days when coal plants had the luxury to generate power at any cost and efficiency. With the emergence of renewable power as an alternative and rates from them falling as low as Rs 2/Kwh and less, coal plants will require to operate efficiently to reduce the coal consumption per unit generated and thus reduction in cost of generation too. We will require to understand that increase in efficiency of operating plant by 1% results in reduction of Co2 by 2%. Every plant in the country has the potential to increase the present operating efficiency by minimum 2-3% by adopting best practices and benchmarking and comparing it with design values. Power Utilities need to capitalize on data analytics as powerfull tools for improvement in efficiency through the application of IoT and use of machine learning tools. This is my experience that data analytics have a high potential to provide the gaps, causes and actions on real-time basis. 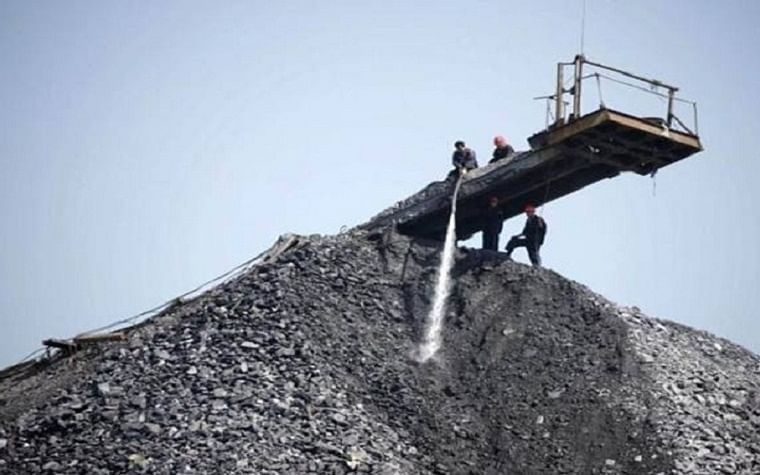 Coal consumption is also the factor of heat value of coal, i.e., GCV of coal received. Correct measurement of GCV is the step forward towards improving GCV. We are living under the impression that third party sampling has reduced the grade slippage and improved the quality of coal. I must say that though improvements have happened, but are marginal and problems are ‘’as it is”. Manual process of coal sampling is erroneous in itself as its difficult to collect the representative sample of the lot with coal as of 250 mm size manually and incorrect sampling will lead to inaccuracies in GCV measurements, which means a lot in terms of cost. This will need to be changed to sized coal and mechanized sampling than at present manual sampling. I am saying this on the basis of my actual field experience. It’s time to set these things right. In all countries, the coal, prior to its use in the power plants, goes through a process of preparations like moisture reduction and coal sizing, which help in reducing the impurities from coal prior to it’s feeding to boiler. Coal plants, particularly non pit head stations, where the landed cost is the factor of their distance from sources of coal are the worst affected, because of these impurities and will require a lot of attention on coal quality they receive not only GCV, but also the moisture in the coal. 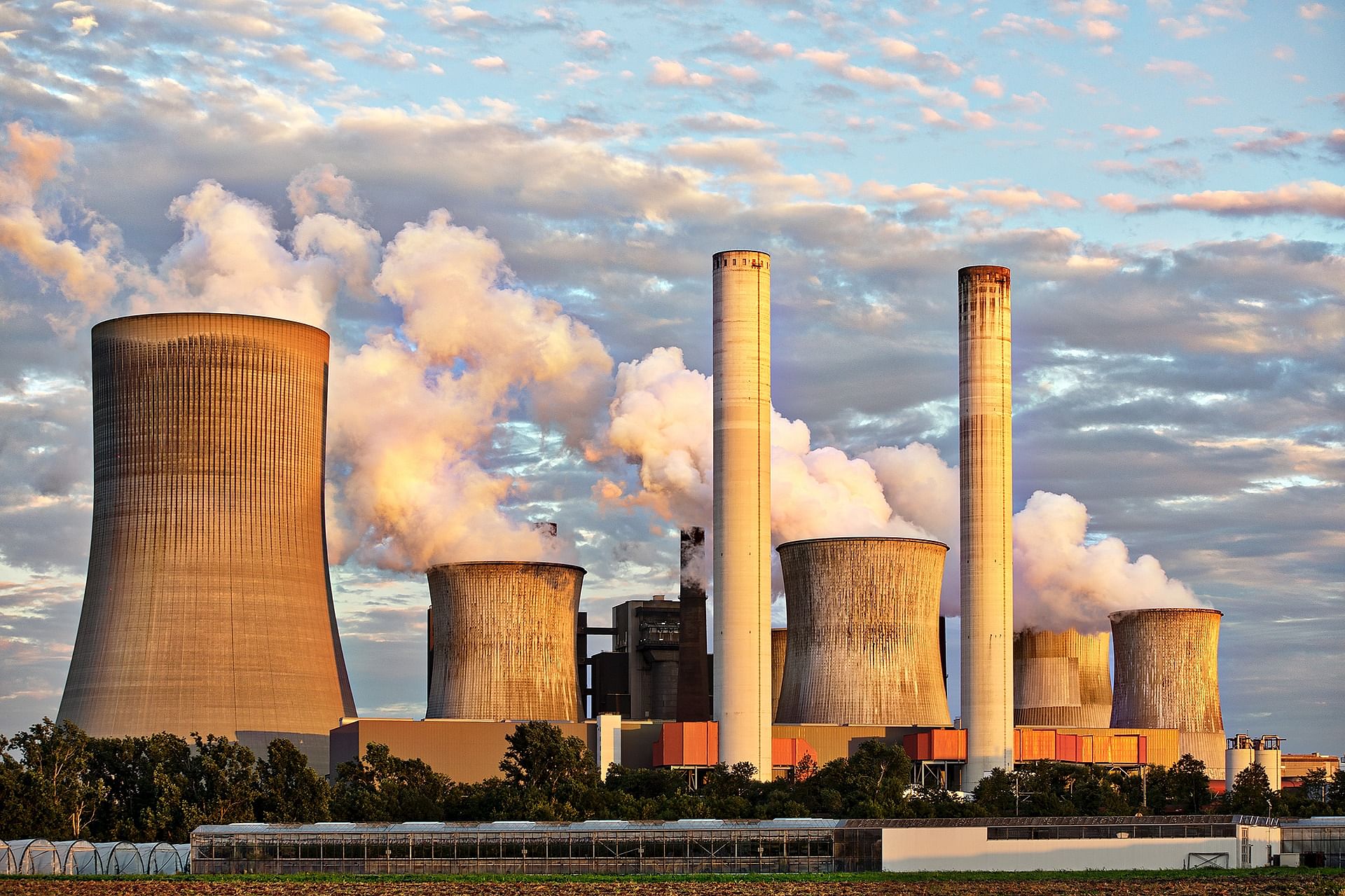 There is urgent need for a Coal Regulator in the country to correct many of these anomalies as it has been done by the Regulators in the Power Sector. Correcting these anomalies will lead to meeting of three objectives: First, efficient production and dispatch of coal; second, reduction in cost of power; and third, reduction in Co2 emissions with efficiency improvement at station end.

I must say there is great potential to reduce the Co2 emission from our operating plants provided the minimum operating level of efficiency of coal-based plants is mandated by the policy directions closer to countries like Japan and China, which is around 39-40%. There is no dearth of knowledge, missing is the implementation and right practice which will require to be brought in. There is no point in persisting with old design of 60s, 70s and 80s in power plants, there is paradigm shift in the technologies now and old vintage sets will need to be modified or changed with latest designs where efficiency has gone closer to 50% for coal-based, and 64% for gas-based plants. Country will need to focus on power plants efficiency with the same vigour as adding more carbon-free generation sources. 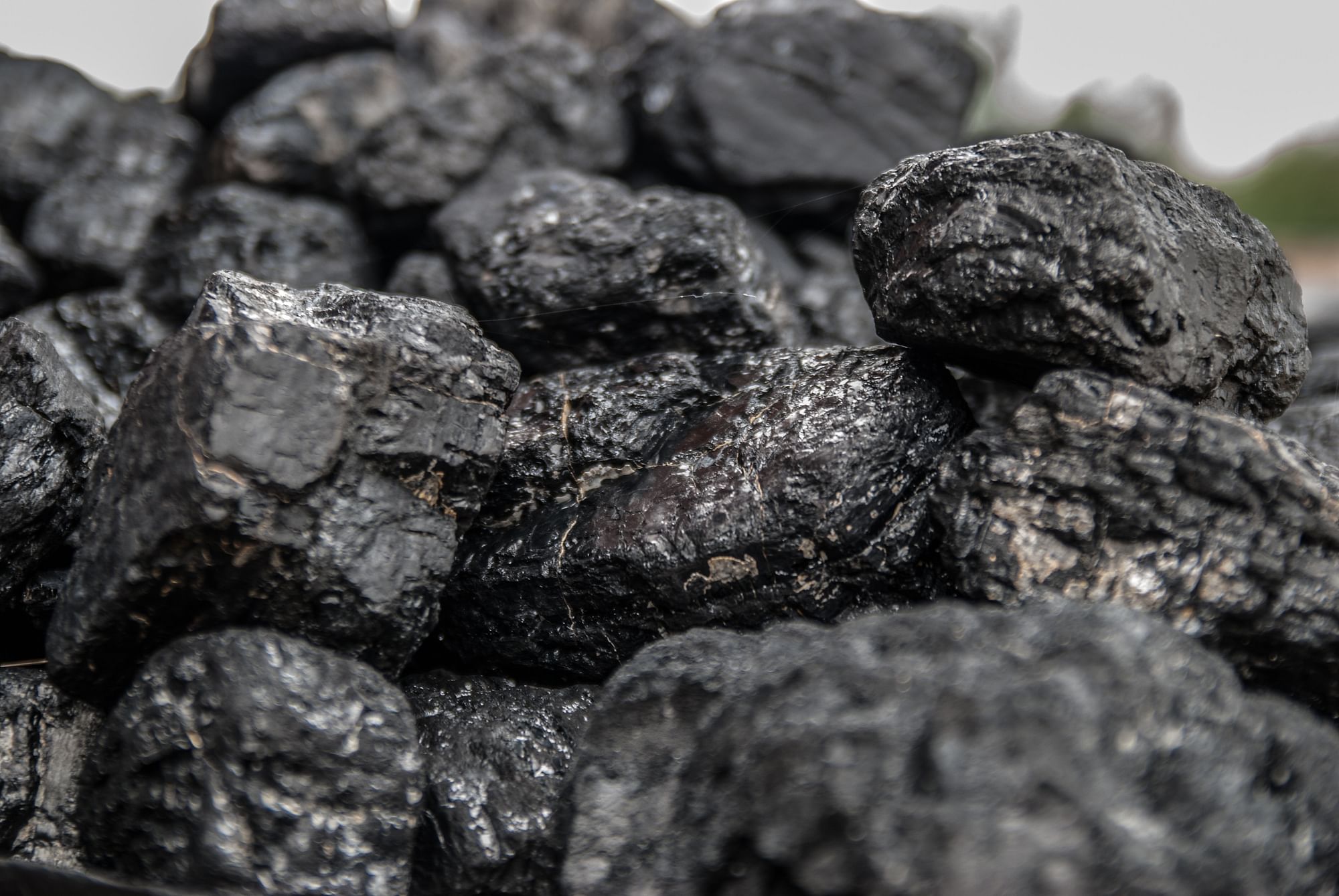 India's coal import rises 20% in May, volumes may be subdued in ongoing monsoon
Advertisement

Second potential in reducing the Co2 form coal-based plants is the capture of Co2 and converting it into value-added products. Today, Co2 capture from power plant flue gases is reasonably established. For modest applications, ‘physical process’ i.e zeolite-based PSA (Pressure Swing Adsorption) is available, while for large-scale applications ‘chemical process’ based on Tertiary Amine, Secondary Amine, Ammonium compound, etc. can be considered. But the problem lies in the use of captured Co2. Co2 sequestration is neither viable nor economically suitable for our county. The way forward for country like India is to convert the captured Co2 into value-added product by combining it with hydrogen, which may be produced at the station itself by the cheap renewable power. H2X, i.e., hydrogen to product is the new theory, which is coined and is being perused aggressively. There are multitude of technology options, which have crossed the ‘Lab Scale’ development and reached ‘Pilot Level’, our focus should be to scientifically and meticulously evaluate these technology option – and thereafter to quickly ‘prototype’ them. Experts say that there are at least four baskets of Co2-based products, which can be explored:

1) Co2 to liquid fuel (example, methanol which is petrol equivalent, dimethyl ether, which is diesel equivalent). 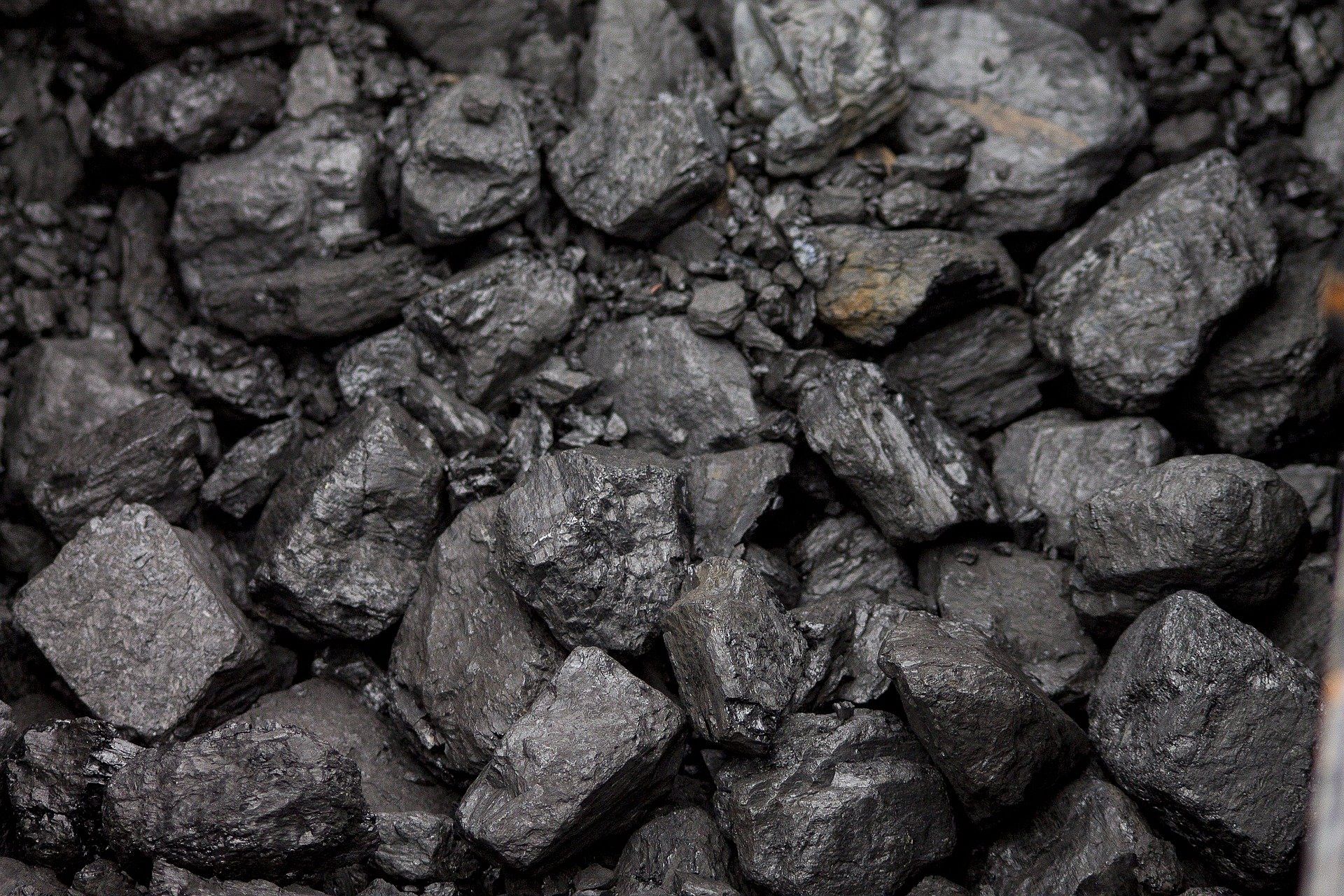 Coal-based power plants will need to study their feasibility and will require to start by setting up demonstration plants and once successful, they will need to adopt full-scale capture of Co2 on commercial basis. Government, on its part, may need to provide some viability gap funding in the initial period, which may be justifiable looking to the fact of many economic and commercial options that may emerge in future for the integrated power and products business. For industries, it may bring many future business models in the pursuit of net zero emissions. Power utilities will require to tap the cheap renewable power for hydrogen production and use it as mentioned above for Co2 capture from the coal-based plants in its further use in the energy value chain. But for all this to happen strong focus needs to be on industrial R&D – with appropriate collaboration with scientific and academic institutions. We have a unique opportunity ahead of us – to convert our handicap of Co2 emission into an opportunity to produce value-added H2X product. Power utilities will need to realize that hydrogen is going to be new fuel sources replacing coal, oil and gas and power utilities must prepare for this transition and tap the cheap renewable power for hydrogen production and its strategic use to convert the Co2 into value-added products. Power utilities with gas plants may even examine the possibility of blending hydrogen with natural gas for the gas-based stations, which is also nearly proven now.

Let us accept the reality that though there may not be more of new coal-based plants in the country, but we are going to depend heavily on coal-based generation for next three-four decades till there are proven alternatives of 24x7 energy sources. Hence, efficient operation of power plants, efficient use of coal and Co2 capture and their use as value-added products in the intervening period has become much more critical now towards the pursuit of net zero emission.

(RS Sharma is associated with generation wing of power sector for the last 50 years. He has headed NTPC as CMD and Jindal power and Bajaj power as their MD. Presently, he is associated with a startup, Co. ECSL, and is promoting efficiency improvement in the Thermal Sector.) 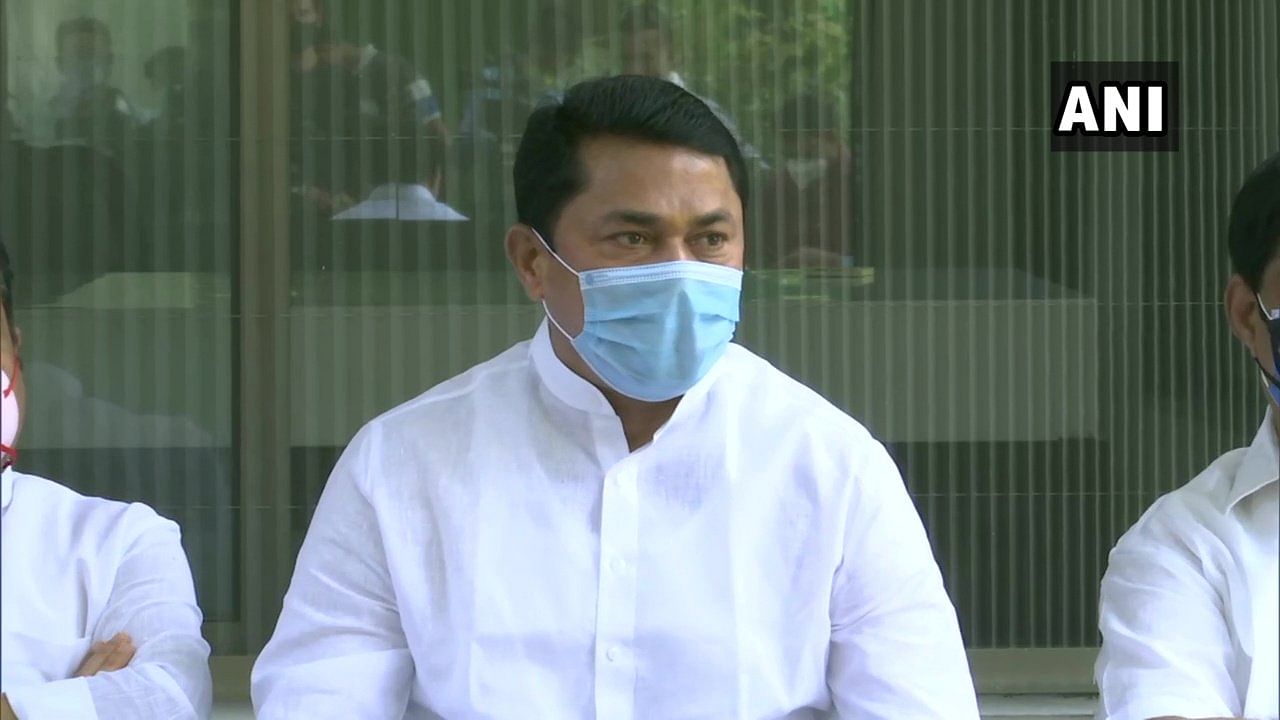