After Maruti Suzuki, M&M to cut production by 25% on semiconductor shortage

In a regulatory filing, Mahindra said its automotive division continues to face a supply shortage of semiconductors, which further accentuated due to COVID-19 lockdowns in some parts of the world./Mahindra EVerito | Mahindra
Follow us on

Mahindra & Mahindra on Thursday said the output at its automotive division will be cut by up to 25 per cent owing to no production days of around seven days across its plants due to semiconductor shortage.

In a regulatory filing, the company said its automotive division continues to face a supply shortage of semiconductors, which further accentuated due to COVID-19 lockdowns in some parts of the world.

"Consequently, the company will be observing ''No Production Days'' of around 7 days in its automotive division plants in the month of September 2021," it added.

The move is estimated to result in a "reduction in production volumes of the automotive division in September 2021, by 20-25 per cent", it added.

In August, the company sold 15,973 units of passenger vehicles in the domestic market, as against 13,651 units in the same month last year, a growth of 17 per cent.

The company, however, said there will be no impact on the production ramp-up and launch plans of its new SUV XUV7OO.

"The date of commencement of bookings will be announced soon," it added.

M&M also said its tractor operations, exports, trucks and buses business and three-wheeler production are "unaffected by the above disruption".

"As the situation is dynamic, the company is carefully reviewing the supply situation and all efforts are being made to minimise the impact," the filing added.

Earlier on Tuesday, the country's largest carmaker Maruti Suzuki India (MSI) had said it expected its total vehicle production in September across its plants in Haryana and parent Suzuki's unit in Gujarat to be just 40 per cent of the normal output due to the semiconductor shortage. 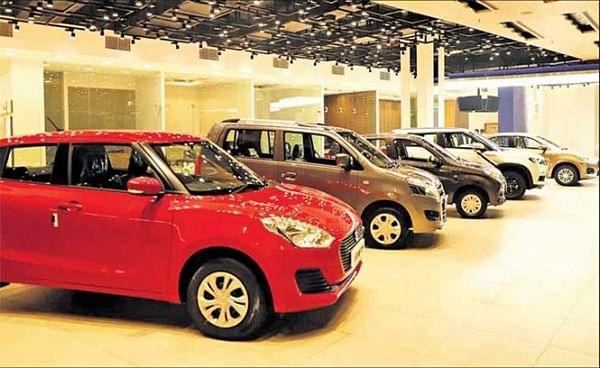 The usage of semiconductors in the auto industry has gone up globally in recent times with technological advancements and new models coming with more and more electronic features such as Bluetooth connectivity and driver-assist, navigation and hybrid-electric systems besides the engine control unit. 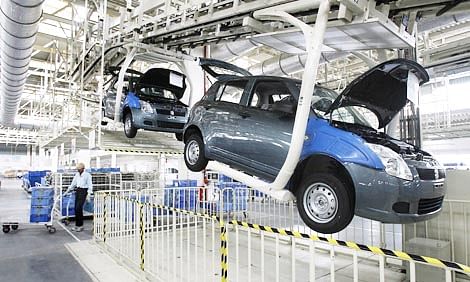 However, the auto industry accounts for about 10 per cent of the overall semiconductor demand with the rest coming from the electronic appliance and gadget industry, such as mobile phones and laptops, among others.

In the wake of the coronavirus pandemic, there has been enhanced global demand for semiconductors from the electronic appliance and gadget industry thereby affecting supplies.

Rupee falls 16 paise to all-time low of 82.33 against US dollar in early trade