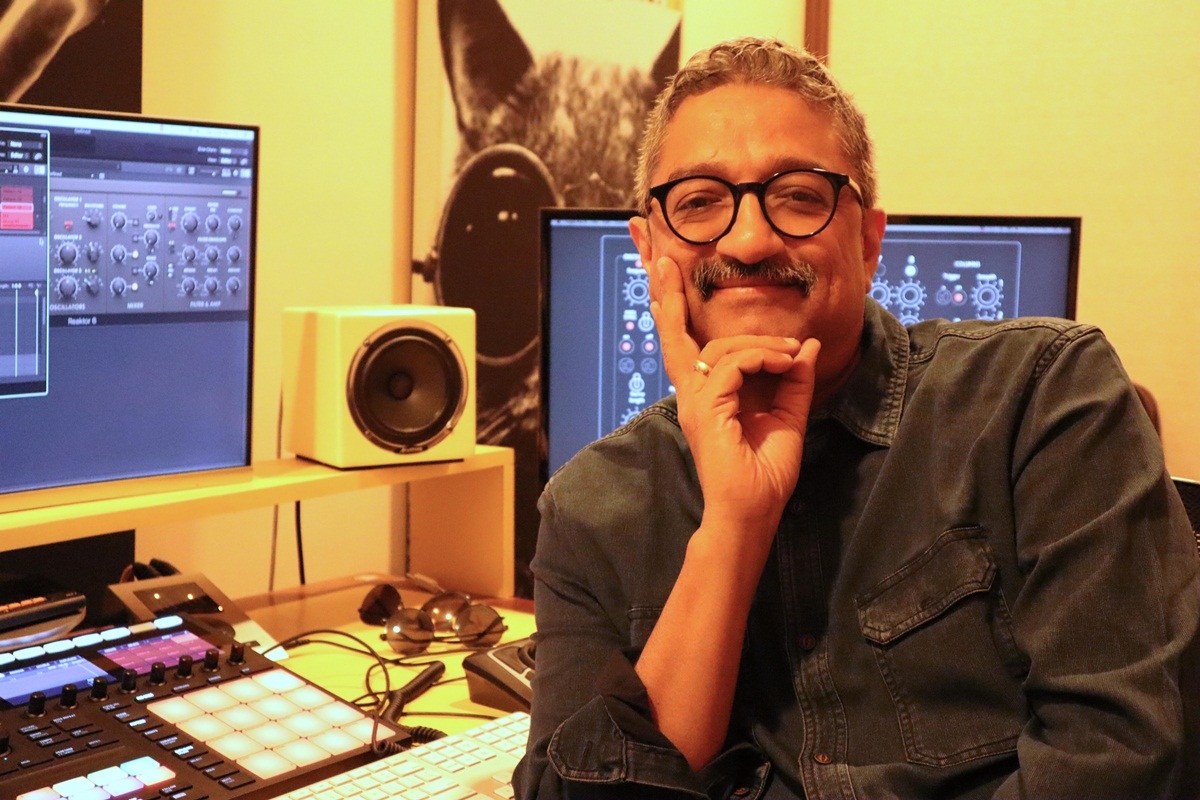 Rajeev Raja, Founder & Soundsmith, BrandMusiq, a global sonic branding agency based in Mumbai, describes his journey of 10 years in this exciting new field, right from educating clients to look beyond the tactical jingle to elevating sound to an identity level for brands

Before I come to how we started BrandMusiq, let’s step back to my early years and the various influences that shaped my life and career. I grew up in the then sleepy town of Bangalore, decades before it became the Silicon Valley of India. My home was always filled with conversations about the arts, ranging from Bharatanatyam to Kathakali to Carnatic music to pop music and jazz. While my Mom, a Bharatanatyam dancer, gave me my love for the arts, my father introduced us to his all-abiding passion: cricket. My elder brother Ramkumar represented Bangalore University and my younger brother Arjun went on to play Ranji Trophy for Karnataka in the same team as Rahul Dravid, Anil Kumble and Javagal Srinath. As for me, my rapidly advancing cricketing career was brought to a crashing halt in junior college when I had to stop playing for two years due to a spinal problem. As they say, in every crisis lies an opportunity. In my free time, I discovered the flute, formed a band and spent the next five years in college, performing and becoming a fairly serious musician. On completing college, I was on the horns of a dilemma. Should I take up music as a career or allow it to remain a passion? Luckily for me, the decision was taken out of my hands as I was offered a job in an advertising agency, and without thinking too much, I took it up, promising myself that I would never neglect my music.

PLAYING BY THE EAR

I spent the next two decades or so living a two-in-one life: creative director by day and musician by night. I worked mainly at two agencies, Clarion which became Bates, and Mudra which became DDB Mudra, my last paid position being National Creative Director of DDB Mudra. Through these years, I kept my music going, performing regularly in India and abroad with my own band and sharing the stage with some fantastic musicians ranging from Louis Banks to Shankar Mahadevan, Fazal and Taufiq Qureshi and the legendary trumpet player Arturo Sandoval. But after 25 years in advertising, I was again at a crossroads. With my professional commitments taking more and more of my time, music was taking a backseat. Finally, I decided to take the plunge and throw everything into music. The next big question I asked myself was, ‘How do I monetize my passion?’

PULLING OUT ALL STOPS

Thus in 2011, exactly 10 years ago, BrandMusiq was born, in collaboration with my colleague and friend JS Mani. Our dream was to harness the power of sound and music in a scientific and strategic manner so that brands could add a sensory dimension to their identity. So we set about creating a process of analyzing brands and arriving at their DNA using Carl Jung’s Theory of Archetypes. In parallel, we understood the science of sound and identified different ragas, scales, harmonies and rhythmic patterns that evoked specific emotional responses in human beings using the Indian theory of Rasas or ‘emotional essence’.

Thus, we were able to create a holistic sonic identity system for brands comprising of a MOGO-scape (sonic palette), a MOGO (musical logo) and a mini-MOGO (functional sound). Once we create the sonic identity, we help brands in ‘amplifying’ their sonic assets. We track a brand’s customer journey and create an ‘earpoint’ (audio touchpoint) dashboard. Then, based on the brand sound, we re-create versions for various earpoints so that the brand benefits from a 360-degree sonic surround that follows the customer wherever she goes. 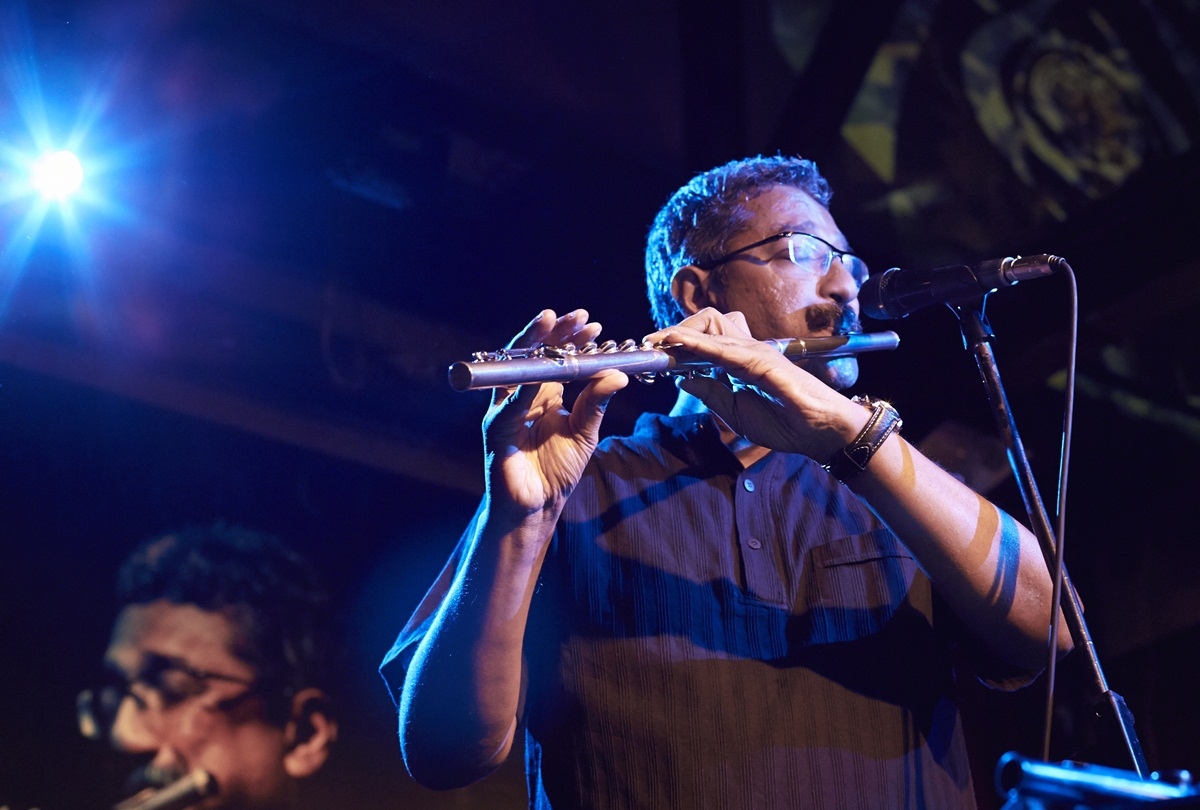 In our early days, we spent more time educating clients to look beyond the tactical jingle and elevate sound to an identity level. We told them ‘Every logo needs a MOGO’. Slowly but surely, we started getting our breaks. One of the first big brands to take flight into sonic branding was Vistara. Prasad Menon, then Chairman of Vistara, saw the power of sonic branding and till today, when a Vistara flight takes off or lands, you can hear the MOGO-scape created by BrandMusiq. Soon, with the help of our mentor and advisor, the late Ranjan Kapur, we bagged the HDFC Bank sonic branding assignment. Every time you withdraw money from an HDFC Bank ATM, you’ll hear the MOGO created by BrandMusiq, an example of how sonic can move beyond mere branding and provide a utilitarian benefit to customers.

Three years into our journey, we faced a devastating loss. My partner and co-founder Mani passed away suddenly due to a heart attack. It was a difficult time for me personally and professionally. But then my good friend and ex-colleague at Bates, Ajit Varma, stepped in and took up the reins of the business, allowing me to focus on what I knew best, curating music to reflect a brand’s persona and values. Today, there’s no looking back, as BrandMusiq has gone on to create sonic identities for several iconic Indian, Asian and global brands - TATA Salt, HDFC Life, TV18, Zomato, VIM, MG Motors and many more brands in India; ABC Soy for Kraft Heinz, Lactogrow, S26 for Nestle and Blue Band Margarine in SE Asia. Two years ago, we were commissioned to create the global sonic identity for Mastercard across 190 countries, and it has gone on to become a ‘best practice’ case study, ensuring that sonic branding as a discipline is here to stay.

Ten years have flown by. BrandMusiq has firmly established itself as a leading player in the sonic branding field, showing brands ways to use the science of sound and the art of sonic branding for maximum impact in an increasingly cluttered digital world. The way forward is especially interesting. For instance, on screen-less mediums such as voice-activated speakers, sonic branding is the only way for a brand to make its presence felt. AI and ML are increasingly playing a role in automating sonic processes, validating sonic output and measuring the impact of sound on brand equity and purchase behaviour. To stay ahead of the curve, we’ve created BrandMusiq Labs, soon to be launched as a virtual platform to study the fundamental nature of sound and its effect on human beings at an emotional, physiological and neurological level. It will conduct sonic experiments, create sonic experiences, engage in conversation with leading practitioners in marketing, sonic branding, behavioural sciences and musicologists. The Lab will also study the relationship between music and wellness and work closely with psychologists and music therapists to create ‘wellness music’.

I’m sure up in the heavens, Mani is smiling proudly down at us as he views the rapid strides the team at BrandMusiq has made towards realizing our vision of ‘enabling brands to transform the human experience using the power of sound’. Here’s looking forward to BrandMusiq 2.0 and the sonic journey that lies ahead!