HomeBook-reviewsFrom If I Had Your Face by Frances Cha to XOXO by Axie Oh... Here are five books that can transport you to Korea

From If I Had Your Face by Frances Cha to XOXO by Axie Oh... Here are five books that can transport you to Korea

These reads are a perfect fit for a winter night

The year 2020 brought with it an unaccepted destructor—Covid-19. And, while our physical world shrunk and got confined to the four walls of our homes, our virtual world expanded. It gave several people a chance to move beyond their work lives and have a little fun, even if it was virtual—there were virtual tours, exhibitions, online classes, workshops, etc—that kept many busy through the trying times.

Amid all this, what came as another expected guest was Kdramas. Almost the whole world started speaking in unison about the amazing content from South Korea. And while Kdramas and K-pop aren’t new, but it did find a new audience base world over thanks to several streaming platforms.

And, if you, like me, are a Kdrama addict, and want to satiate the bibliophile within you, here are some books by Korean authors (available on Amazon) to cosy up with on a winter night.

Fan of K-pop? Then this one’s you! Jenny’s never had much time for boys, K-pop, or really anything besides her dream of being a professional cellist. But when she finds herself falling for a K-pop idol, she has to decide whether their love is worth the risk. Jaewoo is a member of one of the biggest K-pop bands in the world. And like most K-pop idols, Jaewoo is strictly forbidden from dating anyone. When a relationship means not only jeopardizing her place at her dream music school but also endangering everything Jaewoo’s worked for, Jenny has to decide once and for all just how much she’s willing to risk for love. XOXO is a new romance that proves chasing your dreams doesn’t have to mean sacrificing your heart, from acclaimed author Axie Oh.

Read Also
Of handsome oppas and heart-warming tales: How Korean dramas exploded on the international scene 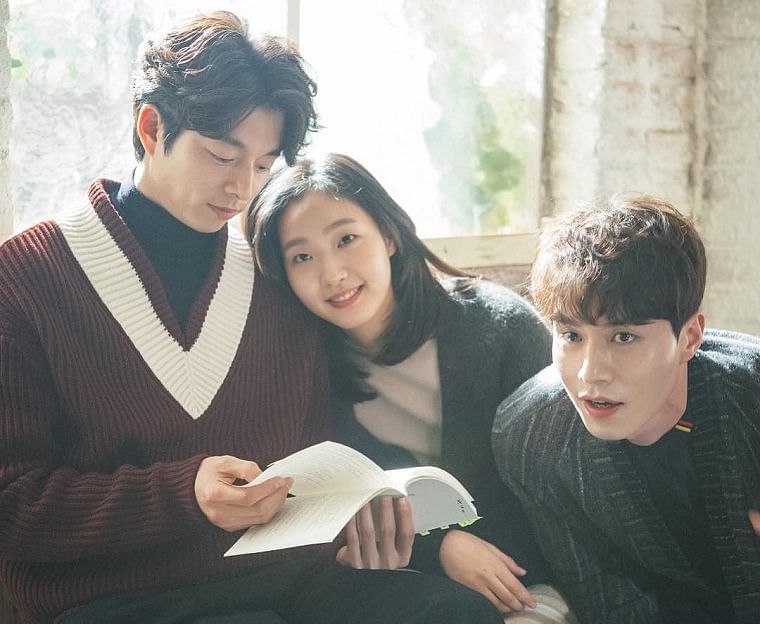 Love in the Big City by Sang Young Park

Love in the Big City is Sang Young Park’s first book to be published as an English translation. It revolves around a young gay man searching for happiness in the lonely city of Seoul. Young is a cynical yet fun-loving Korean student who pinballs from home to class to the beds of recent Tinder matches. He and Jaehee, his female best friend and roommate, frequent nearby bars where they push away their anxieties about their love lives, families, and money with rounds of soju and ice-cold Marlboro Reds that they keep in their freezer. Yet over time, even Jaehee leaves Young to settle down, leaving him alone to care for his ailing mother and to find companionship in his relationships with a series of men, including one whose handsomeness is matched by his coldness, and another who might end up being the great love of his life. Love in the Big City is a wry portrait of millennial loneliness and the abundant joys of queer life.

If I Had Your Face by Frances Cha

Kyuri is an achingly beautiful woman with a hard-won job at a Seoul “room salon,” an exclusive underground bar where she entertains businessmen while they drink. Kyuri’s roommate, Miho, a talented artist on returning from New York finds herself in a precarious relationship with the heir to one of the country’s biggest conglomerates. Down the hall in their building lives Ara, a hairstylist whose two preoccupations sustain her: An obsession with a boy-band pop star, and a best friend who is saving up for the extreme plastic surgery that she hopes will change her life. And Wonna, one floor below, is a newlywed trying to have a baby that she and her husband have no idea how they can afford to raise in Korea’s brutal economy. Together, their stories tell a gripping tale at once unfamiliar and unmistakably universal, in which their tentative friendships may turn out to be the thing that ultimately saves them. So We Meet Again by Suzanne Park

When investment banker Jessie Kim is laid off in a virtual meeting, she delivers an “eff you guys” speech and storms out. After moving back home to Tennessee to live with her loving but meddling mother and father, she runs into her childhood nemesis—golden child Daniel Choi—at the local Asian grocery store. The smart, charming lawyer appears to have it all...while Jessie has nothing. Jess begrudgingly accepts Daniel’s help to relaunch her long abandoned Korean cooking YouTube channel: HANGUK HACKS, showcasing easy meal prep for busy professionals. But just as she discovers Daniel’s life isn’t as perfect as it seems and there’s more to him than meets the eye, he shows up for a life-changing business opportunity, and their rivalry is back on...

Soon to be turned into a K-drama starring South Korean superstar Lee Min-ho, this books spans across four generations. Yeongdo, Korea 1911. In a small fishing village on the banks of the East Sea, a club-footed, cleft-lipped man marries a fifteen-year-old girl. The couple have one child, their beloved daughter Sunja. When Sunja falls pregnant by a married yakuza, the family face ruin. But then Isak, a Christian minister, offers her a chance of salvation: a new life in Japan as his wife. Following a man she barely knows to a hostile country in which she has no friends, no home, and whose language she cannot speak, Sunja's salvation is just the beginning of her story. Pachinko is an epic tale of family, identity, love, death and survival.